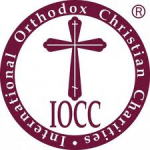 Temporary shelters like this tent encampment located on a former nine-hole golf course in Port-au-Prince offered little protection against the torrential rains and wind brought on by Tropical Storm Isaac this past weekend. Two and a half years after the devastating earthquake, nearly 400,000 Haitians still live in makeshift shelters like these. Photo: Paul Jeffrey/IOCC

Tropical storm Isaac’s unleashing of wind and water on Haiti on Saturday, August 25, 2012, Saturday left more than two dozen people dead, washed away precious food crops, and destroyed the tents that still house hundreds of thousands of survivors of the 2010 Haitian earthquake. The tropical storm tore through tents and makeshift homes offering no protection from torrential downpour and the renewed threat of highly-contagious waterborne diseases like cholera.

Two years after the country was rocked by an epic earthquake, more than 390,000 homeless Haitian still live in cramped makeshift camps and tent cities around the capital of Port-au-Prince. Many of the families are forced to remain in the camps because they have nowhere else to go. They represent the most vulnerable citizens of Haiti – those who are unemployed or too elderly or infirm to repair the quake damaged homes they once lived in.

“The passage of this storm leaves Haiti again with many more victims who need the solidarity of all,” said Father Grégoire Legoute, an Orthodox priest in Haiti. IOCC is in contact with Orthodox Church partners in Haiti and is working with them to assess the immediate and long-term needs of the survivors.

Moving westward, now Hurricane Isaac made landfall in the US on August 28, unfurling winds of up to 75 miles an hour and producing drenching rains that will span the Florida panhandle to the eastern coast of Texas. The slow-moving storm is hovering over the Louisiana coast where the prolonged downpour combined with high tides is causing significant coastal flooding. The low lying town of Plaquemines, Louisiana, has been hardest hit with surging Mississippi River waters spilling over the town’s levee and submerging homes in as much as 12 feet of water. Another 500,000 Louisiana residents are without electricity.

International Orthodox Christian Charities (IOCC) along with its Emergency Response Network continues to monitor the storm’s progress and stand ready to assist once the storm moves past the Gulf Coast. Orthodox Christian volunteers from Alabama to Texas have also stepped forward to offer a helping hand to hurricane survivors.

“We are blessed to have numerous trained IOCC Frontline clergy volunteers ready to step up and deploy if the need arises as well as faithful IOCC supporters who know that, especially during disasters like Hurricane Isaac, the most effective humanitarian contribution that an individual can make is with a monetary gift,” said Daniel Christopulos, IOCC’s US Country Representative.

HOW YOU CAN HELP

You can help the victims of disasters around the world, like the natural disaster in the Haiti, by making a financial gift to the International Emergency Response Fund, which will provide immediate relief as well as long-term support through the provision of emergency aid, recovery assistance and other support to help those in need. To make a gift, please visit www.iocc.org, call toll free at 1-877-803-IOCC (4622), or mail a check or money order payable to IOCC, P.O. Box 17398, Baltimore, Md. 21297-0429.

IOCC is the official humanitarian aid agency of the Assembly of Canonical Orthodox Bishops in North and Central America. Since its inception in 1992, IOCC has delivered more than $400 million in relief and development programs to families and communities in 50 countries.