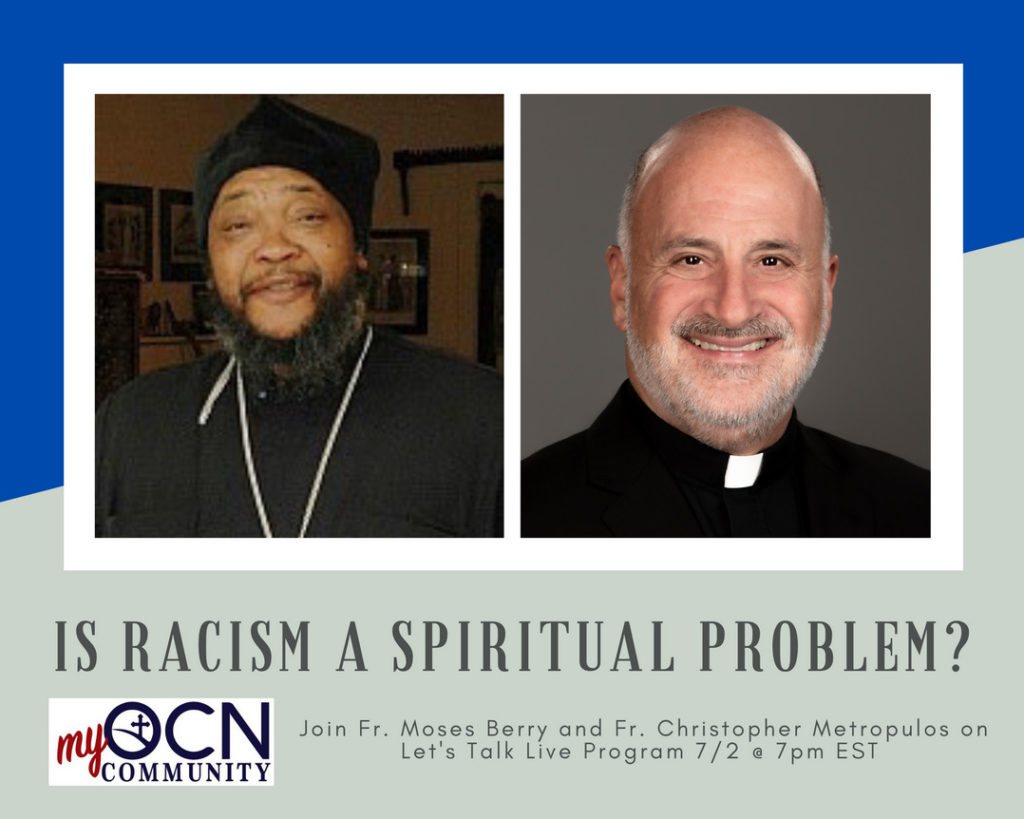 We will also be live-streamed on our Facebook page. Join us and thousands online for prayers and discussion. Families are welcome, and you will have the opportunity to ask questions. If you would like to attend, please register HERE to receive sign-in instructions.
Click to Support Online Orthodox Resources
Fr. Moses Berry
In 1998, Fr. Moses Berry moved with his family from St. Louis, MO to his family’s farm in Ash Grove, about 17 miles from Springfield, MO.  The farm is a Century Farm, having been in the Berry family since 1872, and on the property is a cemetery dedicated to “Slaves, Paupers, and Indians” by the Berry’s, over a century ago.  Fr. Moses felt that the cemetery needed to be maintained respectfully, and so he left a mission in the city to return to his boyhood home in rural Missouri.
A small group of faithful collected around the new mission, Theotokos “Unexpected Joy.”  The first services were held in a tiny cemetery chapel, which we quickly outgrew. We moved to a larger temporary building closer to the rectory, which also served as the church hall.  In 2000 the mission was received into the Orthodox Church in America.
Members come from all over the Ozarks to share their life in Christ.  Springfield, MO is about a half hour’s drive, but some come from localities as far as Harrisonvile, Arkansas. Fr. Moses travels widely to give talks on mission and also on local Afro-American history; folks who have met him elsewhere often stop by to worship when they pass through the area. So, we are vitally connected with the larger Orthodox community while enjoying the quiet and beauty of the Missouri countryside.
Share. Twitter Facebook Pinterest LinkedIn Tumblr Email
Previous ArticleIOTA Forum: Helen Creticos Theodoropoulos reviews Carrie Frederick Frost’s Maternal Body: A Theology of Incarnation from the Christian East
Next Article CITY OF TORONTO BANS HOLY COMMUNION (+VIDEO)