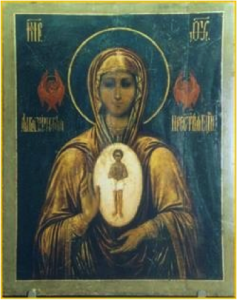 Forty years ago the Supreme Court of the United States handed down a decision, known as Roe v. Wade, granting a “right” for women of the United States to terminate the lives of their children in the womb. This decision has resulted in some 54 million children’s lives ending almost before they began.

The Holy Orthodox Christian Faith is unabashedly pro-life. The Lord Jesus Christ was recognized and worshipped in His mother’s womb while yet unborn by the Holy Forerunner who was also still in his mother’s womb (Luke 1:44); St. Basil the Great (4th Century), one of the universal teachers of the faith, dared to call murderers those who terminate the life of the fetus. The Church has consistently held that children developing in the womb should be afforded every protection given to those outside the womb. There is no moral, religious or scientific rationale which can justify making a distinction between the humanity of the newly-conceived and that of the newly-born.

Abortion on demand not only ends the life of a child, but also injures the mother of that child, often resulting in spiritual, psychological and physical harm. Christians should bring the comfort of the Gospel to women who have had abortions, that our loving God may heal them. The Orthodox Church calls on her children, and indeed all of society, to provide help to pregnant mothers who need assistance brining their children safely into the world and providing these children loving homes.

On the occasion of this sorrowful anniversary, and as we mourn the violence we all too often visit upon one another, as exemplified by the recent mass killings in Aurora, Colorado and Newtown, Connecticut, we pray for an end to the violence of abortion. Surely the many ways in which we as a people diminish the reverence and respect for human life underlie much of this violence. The disrespect for human life in the womb is no small part of this. Let us offer to Almighty God our repentance for the evil of abortion on demand and extend our hearts and hands to embrace life.

On the occasion of this 40th Anniversary of “Roe v. Wade,” we republish the following “Agreed Statement” issued in 1974 by the Orthodox-Roman Catholic Bilateral Consultation in the United States (composed of representatives from the former SCOBA and the US Conference of Catholic Bishops) a statement as timely now as it was then:

An Agreed Statement on Respect for Life

We, the members of the Orthodox-Roman Catholic Bilateral Consultation in the United States, after extensive discussions on the sanctity of marriage, feel compelled to make a statement concerning the inviolability of human life in all its forms.

We recognize that human life is a gift of God entrusted to mankind and so feel the necessity of expressing our shared conviction about its sacred character in concrete and active ways. It is true that the Christian community’s concern has recently seemed to be selective and disproportionate in this regard, e.g., in the anti-abortion campaign. Too often human life has been threatened or even destroyed, especially during times of war, internal strife, and violence, with little or no protestation from the Christian leadership. Unfortunately, the impression has frequently been given that churchmen are more concerned with establishing the legitimacy of war or capital punishment than with the preservation of human life. We know that this has been a scandal for many, both believers and unbelievers.

We feel constrained at this point in history to affirm that the “right to life” implies a right to a decent life and to full human development, not merely to a marginal existence.

We affirm that the furthering of this goal for the unborn, the mentally handicapped, the aging, and the underprivileged is our duty on a global as well as a domestic scale.

We deplore in particular the U.S. Supreme Court’s decision failing to recognize the rights of the unborn–a decision which has led to widespread indiscriminate early abortion.

We affirm our common Christian tradition with regard to the right of the unborn to life.

We acknowledge our responsibility to mediate the love of Christ, especially to the troubled expectant mother, and thus make possible the transmission and nurturing of new life and its fully human development.

We urge our churches and all believers to take a concrete stand on this matter at this time and to exemplify this evangelical imperative in their personal lives and professional decisions.