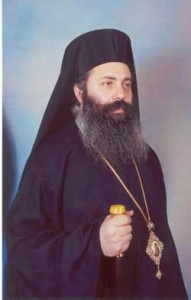 On Monday, 22.04.2013, we were surprised by the news that our brothers Bishop Paul (Yazigi) of Aleppo and Alexandretta and Bishop John (Ibrahim) Syriac Orthodox Bishop of Aleppo, have been kidnapped on their way back to Aleppo after accomplishing a humanitarian mission. We deeply regret what happened as we regret all similar acts targeting civilians, regardless of their belonging and therefore we address to the local and international communities the following declaration:

1- The Christians living here are an essential part of their lands. They suffer the pain every person suffers, work as messengers of peace to lift the injustice off every oppressed: They follow the teaching of their Gospel telling them that love is the basis of human relations. The official positions issued by the spiritual leaders of the various churches, are the best expression in this respect and the mission fulfilled by the two kidnapped bishops is but a further proof of this orientation.

2- The Christians in this East are deeply sorrowed by what their countries are going through, namely violence that is spreading and killing the sons of the one country and exposing their lives to various 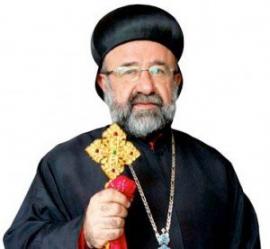 dangers of which kidnapping, that represents one of its the most horrible expressions due to its absurdity, and ist jeopardizing of the lives of the peaceful and unarmed individuals. We call the kidnappers to respect the life of the two kidnapped brothers as well as everyone to put an end to all the acts that create confessional and sectarian schisms among the sons of the one country.

3- We understand the anxiousness of the Christians because of what happened and call them to patience, to hold on to the teachings of their faith, and to rely on God whose strength lies in our weakness. For defending our land means first of all to hold on to it and to work on making it a land of love and coexistence. We are also aware that all citizens from all confessions suffer the same pain due to such acts, and we pray that the Lord may strengthen them in their difficulties. We support them to raise the voice high in refusing all sorts of violence tearing up our countries and making our hearts bleed.

4- In this painful situation, we can but call the whole world to try putting an end to the Syrian crisis so that Syria becomes again a garden of love, security and coexistence.

Settling accounts should not happen at the expense of the human beings who live here.

5- We also call all the churches in the whole world to stand fast in the face of what is going on and witness to their faith in the power of love in this world. It is necessary to take steps that reflect their refusal to all kinds of violence hitting the human beings living in the East.

6- We take the opportunity to call our partners in citizenship, from all islamic confessions, to stand hand in hand and work on refusing the misuse of man and deal with him as a product, a shield in the battles or a means for monetary or political bribery.

7- Finally we address the kidnappers and tell them that those whom they kidnapped are messengers of peace in this world. Their religious, social and national work witnesses for them. We call them to deal with this painful accident away from any tension that serves only the enemies of this country.

We pray the Lord in these blessed times so that this crisis quickly ends and that the souls of all our brothers and sisters regain their security and peace, so that our country enjoys the prosperity and peace it deserves.

Pray for the Safety of Abducted Bishops

[April 22, 2013] His Eminence Metropolitan Philip is saddened to report that, in a telephone discussion that he had today with His Beatitude John X, Patriarch of Antioch and All the East, it was learned that Metropolitan Paul (Yazigi), Metropolitan of the Antiochian Orthodox Archdiocese Of Aleppo, and the brother of His Beatitude, as well as Mar Gregorios Yohanna Ibrahim of the Syriac Archdiocese of Aleppo, were both abducted by terrorists in a suburb of Aleppo as they  were returning from Antioch (Antakya, Turkey) to Aleppo.

The deacon who was driving  their automobile was shot and killed in the attack.  As you know, Syria has been suffering from these acts of terror for more than 2 years.

We ask all of you to remember Metropolitan Paul, and Archbishop Gregorios in your prayers, asking the Lord to deliver them safely from this ordeal. All official information will be released from the Archdiocese Headquarters through official communication channels.

[April 23, 2013] There have appeared many reports in both the Eastern and Western press that the two hierarchs who were abducted yesterday by terrorists in Syria, Metropolitan Boulos Yazge, Antiochian Orthodox Archbishop of Aleppo, and Archbishop Youhanna Ibrahim, Syriac Archbishop of Aleppo, have been released. His Eminence Metropolitan Philip spoke by phone this morning to His Beatitude John X, Patriarch of Antioch and all the East (pictured), who said that these reports are false, and that the release of these two hierarchs has NOT taken place.

We ask you to continue to pray for their safety, and eventual release.

Confirmed updates will be published as soon as they are known.

Related Stories
Statement from the Syriac Orthodox Patriarchate: The Kidnapped Bishops Have Not Been Freed – Notes on Arab Orthodoxy[subscribe2]