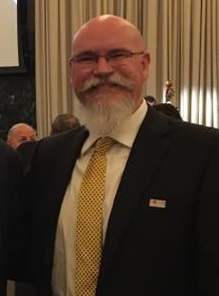 Brian Bullard, Chairman of the FOCUS NA Board of Directors, stated, “Kenny has a diverse leadership background in non-profit organizations and is well suited to guide FOCUS during this interim period.”

Mr. Kidd succeeds Dr. Seraphim Danckaert, who recently announced his resignation as Executive Director, a position he has held since June 2017.  He has taken a position as Headmaster at Saint Peter’s Classical School, Fort Worth, TX.

“Seraphim has made significant contributions to FOCUS over the past two years and positioned the organization for continued growth and success into the future,” Mr. Bullard added.  “We are grateful to the many contributions he has made to FOCUS and those we served during his tenure.  We wish him and his family our best as they start a new chapter in their life.”

The Board of Directors has formed a search committee to find the next Executive Director. If you are interested in nominating a candidate or would like to be considered as a candidate, please forward the candidate’s name and resume online to the attention of the Board’s Search Committee.

FOCUS NA is celebrating 10 years as a national movement of Orthodox Christians, united in faith and joined by a desire to provide action-oriented and sustainable solutions to poverty in communities across America. FOCUS has operations and youth volunteer experiences in more than 50 cities in the United States.