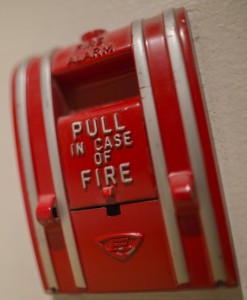 Deciding which situations need your personal attention, and which do not, is a constant challenge for every busy leader.  However, there are two types of incidents that always deserve a leader’s hands-on involvement: sexual misconduct and financial dishonesty.  How well and how quickly you respond to these kinds of emergencies is crucial, as they can cause extensive damage to vulnerable persons and to your faith group.

As a faith leader, you want to do what’s right when an accusation of sexual wrongdoing happens in your organization (or when a sexual offender becomes involved in your congregation).  Whether you are a pastor or an archbishop, how can you lead well in these very demanding circumstances?

When a report of sexual misconduct occurs in your faith community, alarm bells should go off immediately in your head.  Push everything else to the back burner; rearrange your schedule.  This is a crisis that deserves your immediate and careful attention.  (Government authorities should be contacted immediately whenever a sex abuse crime is suspected.)

Make it clear to your team that you are to be informed immediately of any reports of potential misconduct.  Be vigilant in listening so that you are attuned to any mention of boundary violations which might lead to sexual abuse, such as, “Mrs. Smith called to complain that [youth chaperone]Jimmy was in the locker room shower at the same time as her son at the teen conference.  She said Thomas felt uncomfortable.”

Though you may see yourself primarily as a spiritual leader, you need to get involved personally.  Do not delegate away this task, even while involving your leadership team in the crisis.  It is painful work, nothing easy about it, but you must roll up your sleeves and do it.  As the saying goes, “Being a leader is not a part-time job.”

Your concentrated focus is demanded in abuse cases.  Do your own homework!  Don’t trust off-the-cuff or uninvestigated answers of others who may be involved.  Find out for yourself what really happened.  While others will assist in gathering information, you yourself should review carefully the evidence to get the whole picture.  (Cooperate fully with law enforcement if they are involved.)

You need to know what facts are available.  Details make all the difference: how many victims, how many and precisely what kind of sexual incidents, over what period of time.  Read any police reports, legal documents, and journalist investigations.  Search out and view any pictures or social media materials, even if repulsive.  Keep in mind the NFL commissioner’s failure to view the Ray Rice elevator video.  The difference between a “heated argument” and punching a woman in the head is all the difference in the world.  Details matter.

It is inexcusable for a leader of a faith organization to pretend that they do not have time to learn the details of an abuse case.  This is life-changing sexual abuse!  You need to know the name and life circumstance of any victim, connecting a name on a report to the face of a real person who has been violated profoundly.  Visit with these survivors, if at all possible, expressing personally your regret and compassion.  There are no shortcuts when dealing with something this serious.

Seek out expert advice, from your lawyer, yes, but also from victim advocates, law enforcement and mental health professionals.  Ask the uncomfortable questions required to gain healthy insight and then follow recommended best practices.  Be accountable to an experienced colleague who will give objective feedback on your actions throughout the crisis.

The catastrophic costs of poor leadership

Too often, leaders have failed to give their prompt and thorough attention to sexual abuse, causing further harm to victims and damaging their organizations.  Why this poor leadership when the stakes are so high?  First, there is an irrational yet powerful tendency to wish away sexual misconduct, hoping that what happened did not happen or that it will fade away on its own, since responding properly to the crisis can be so distressing.  This tendency is similar to dismissing the recurring pain in your knee because you fear the temporary pain of corrective surgery and recovery.   Inaction in sexual abuse cases comes also from a lack of awareness about the statistical realities: that abuse occurs frequently and can happen in any organization, including yours, and that “the nicest person” can be an abuser.

Graham Spanier, former president of Penn State, did not give Jerry Sandusky’s abusive behavior his full attention – he says he did not understand it was sexual behavior and was too busy to read all his emails – until it was a full-blown catastrophe.  The late coach Joe Paterno delayed for several days the reporting of Sandusky’s sexual abuse of a 10-year boy on campus – because Paterno did not want to spoil anyone’s weekend!  Then, he did not to report it to police. The distinguished Pennsylvania university has paid out more than 100 million dollars in fines and damages, Spanier and other top administrators are facing criminal charges, and innocent children suffered trauma – all the result of delay and negligence by leaders.

The late Father John Liadis was an Orthodox priest and also director of a youth camp in Florida.  Liadis pleaded no contest in 1989 to child molestation at the camp, was registered as a sex offender, and was prohibited by law from being alone with children for 10 years.  He was 56-years old at that time.  In spite of his conviction and the restrictions of his parole, Liadis continued to serve as parish priest at the chapel on the grounds of that same youth camp from 1990-2002, and as a fill-in priest after that time.

Why was Liadis allowed to remain a parish priest?  Why wasn’t he defrocked?  A church official said there was uncertainty about whether Liadis was actually guilty, since there was only one alleged victim and thus a “he said, she said” situation.  But, incredibly, the archdiocese seems not to have reviewed the conviction records.  These legal documents are very clear: there were four girls who testified that they were molested by Liadis, during four different summers over the 10 years he was camp director.[1]  Obviously, archdiocesan officials did not do what was right back in 1989, as was typical of so many church officials in that era.  A child molester was allowed to remain a priest, and likely a risk to children, until his death in 2012.

A sexual misconduct crisis will likely be the most difficult test of your leadership.  The consequences are enormous.  Do what’s right.  Truth demands it.  Your faith group will benefit from it.  Victims deserve it.

Gregory Waynick has served for 16 years as a priest of the Metropolis of Atlanta, Greek Orthodox Archdiocese of America. He was a member of the Archdiocese Advisory Board for Clergy Sexual Misconduct for 3 years, and writes occasionally at www.jeffreywaynick.com.