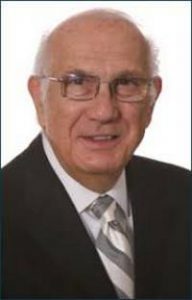 How is it possible that in 2017, almost a thousand years after the fall of Constantinople to the Ottoman Turks, the leadership of the Orthodox Church in the world, but especially in the United States, continues to operate as though it is still a part of the Eastern half of the Roman Empire?

Our Churches have “Bishop’s Thrones” that were long-ago erected for the Emperor to sit upon.  Our Hierarchs carry miters, and wear robes and crowns evocative of long-gone Emperors. While nostalgically retaining some of these displays and accoutrements may not in themselves be harmful; believing that “the dress makes the man” and trying to govern as monarchs is not possible in today’s free world. With the exception of those enduring life under totalitarian regimes [such as North Korea, China, Iran, Turkey, Russia, et al]. Orthodox Christians in the West, especially those living and practicing our faith in the United States, expect their leaders to be honest, transparent, accountable and responsive.

The historian Arthur M. Schlesinger, Jr., has written extensively on the qualities of “Leadership”.  All Orthodox Hierarchs, especially those who are responsible for leading their flocks in the United States, would do well to study Mr. Schlesinger’s words.  The following excerpts from Mr. Schlesinger’s essay “On Leadership” are especially relevant:

“One test (of whether a leader is going to lead for good or evil) is this: do leaders lead by force or by persuasion?  By command or consent?”

“It is easy to issue commands and enforce them by the rope and the stake, the concentration camp and the gulag. It is much harder to use argument and achievement to overcome opposition and win consent.”

“No leader is infallible, and every leader needs to be reminded of this at regular intervals.

Irreverence irritates leaders, but it is their salvation.  Unquestioning submission corrupts leaders and demeans followers. Making a cult out of a leader is always a mistake.”

Orthodox Church leaders in Istanbul, Damascus, Moscow, Belgrade, Bucharest and Bulgaria…but especially in the United States know what is required, but have so far refused to change their ways.  The attitudes of Church leaders in the Old World seem to be that “none of the bishops outside the boundaries of the former Roman Empire are ‘qualified’ to lead the Church in their own territories.  Istanbul does not have confidence in the Hierarchs it has itself elevated and assigned to lead the Greek Orthodox Archdiocese of America.  It has been encouraging to see the Eparchial Synod speaking with one voice in their meetings at the Phanar.  The clergy and laity in the United States must embrace “a new quality of followership”. They must become “active and informed participants in the process.”  Our bishops should show the way for those in the Old World to follow.  They must adopt a “new style of leadership”. They must issue official statements as to what transpires in meetings.  Decisions should not only be announce; the reason for them should be explained.  The Assembly of Bishops should make the minutes of its meetings public.  All of our bishops in the United States should act like they were born here and understand the importance of process and open, honest, two-way communications. Rather than looking across the ocean for answers, they need to provide the leadership that will inspire the faithful who are looking for competent, conciliar and transparent leadership and set an example for those in the Old World to follow.

The question of the selection of a new leader for the Metropolis of Chicago in the Greek Orthodox Archdiocese of America is not a “zero sum game” … or a “test of wills” … or a “challenge of authority”.  It is a fortuitous opportunity for Church leaders to earn the support and respect of the faithful by adopting the style of leadership that is more exacting than ever before.  Leadership that is honest, transparent and responsive. Where decisions are both just and justifiable.  Where Christ’s love leaves no room for arbitrary, capricious or vindictive behavior by those who hold positions of authority.  These are not revolutionary or subversive ideas.    These are universally understood values; they are what Jesus Christ expects from all of us.  We expect no less from our leaders.

Share. Twitter Facebook Pinterest LinkedIn Tumblr Email
Previous ArticleState of the Greek Orthodox Archdiocese: Musings of the OCL Executive Director
Next Article Address of the Chairman His Eminence Archbishop Demetrios of America at the 8th Assembly of Canonical Orthodox Bishops of the United States of America