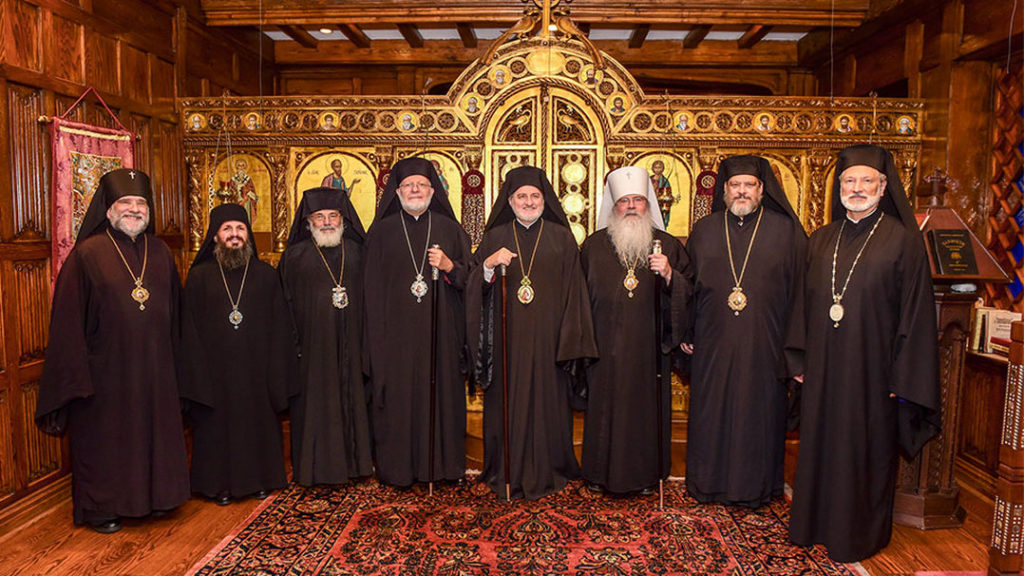 Executive Committee of the Assembly of Bishops of the USA

Last week, the figurehead Archbishop of the GOA hosted a meeting with the Executive Committee of the Assembly of Canonical Bishops in America. A photo-op meeting at best that supposedly offered a reaffirmation to their commitment of determining “the best path to achieve the ultimate goal of unity.”

However, no canonical bishop is willing to be transparent and go on record for saying what unity looks like in America. To be blunt, there are only two possibilities:

1) The Mother Church of Constantinople gives America Autocephaly. As we have learned from the Ukraine drama, it is very easy for the Mother Church to do this, if His All-Holiness wanted. The Ecumenical Patriarch has insisted that they do not require any schismatic Christians to repent for their actions. There does not need to be a consensus between all the Christians living in the territory to take such an independent action. The Mother Church could make that decision tomorrow if His All-Holiness really wanted this type of unity in America. But we know he would miss the flow of money. Plus, do we really expect Archbishop Elpidophoros to advocate for this position?

2) The unity that will likely happen will involve every Orthodox Church to fall under one jurisdiction, one eparchy, that will report directly to the Mother Church of Constantinople. That is the only unity Archbishop Elpidophoros will likely be focusing his efforts on achieving.

Why are none of our bishops willing to be transparent about this topic? It is because they will then have to own up to the facts that they have wasted thousands of dollars of money in Christ’s Church on a quest that will likely go nowhere. All the plane rides and hotel expenses to achieve unity adds up. If there is no unity, it will mean that our Bishops will actually have to take responsibility, which is something most of them are incapable of doing. If unity was going to happen between the Orthodox Churches in America, then the Mother Church of Constantinople would have pushed for it sooner. Instead, it is a decade later and we are nowhere closer to achieving unity than when it first began.

Because our hierarchs do not want to lose their power in the restructuring that will likely occur from such a new arrangement.

Ever wonder why people lose faith in the Church, here is another wonderful example. It all stems from poor leadership.

We could easily have unity but our hierarchs are the main ones preventing us from having it.