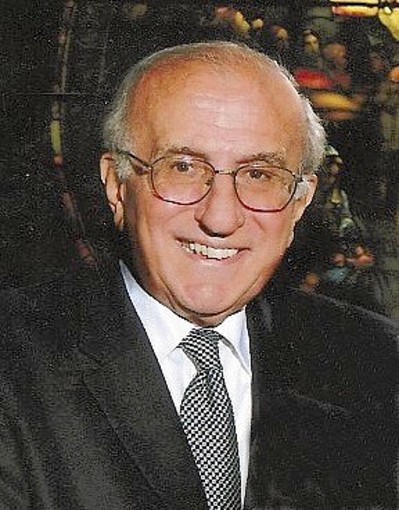 Nicholas Kiladis is seen in this undated family photo.

Nicholas James Kiladis, a former contracts administrator for the Maryland Transit Administration, died Dec. 25 at Oak Crest, a long-term care facility in Parkville, of complications from a brain injury he suffered in November 2012. He was 79.

Mr. Kiladis was born in Somerville, Mass., in 1934 to Greek immigrants. He graduated from Somerville High School, where he participated in glee club and marching band, while also working at his father’s diner in East Boston.

He obtained a Bachelor of Science degree in aeronautical engineering from the Massachusetts Institute of Technology in Cambridge, Mass., in 1956 and went to work for the Jet Propulsion Laboratory in Pasadena, Calif., where he was employed for three years.

His desire to move back east brought him to Baltimore in 1959, and he and his wife, Mary, whom he’d met in Los Angeles, married in 1962 at the Greek Orthodox Cathedral of the Annunciation, where he remained an active parishioner for many years, his family said.

While in Baltimore, Mr. Kiladis attended the University of Baltimore Law School, obtaining his law degree in 1964 and passing the bar a year later.

He went on to work as an administrative assistant for then-newly elected Rep. Paul S. Sarbanes in Washington from 1970 to 1974. For years after that, he stayed involved in politics, remaining active in the Democratic Party and volunteering on Election Day.

Mr. Waesche said Mr. Kiladis was highly respected at the state and federal departments of transportation, which he said “would call him to ask his opinion on difficult procurement questions.”

The two worked together for five years, but knew each other for 20. Mr. Waesche said Mr. Kiladis’ competency was as powerful as his kindness.

“He was a calm, reassuring, knowledgeable person,” Mr. Waesche recalled. “He was one of the senior managers you could always rely on to know that his part of the job was done perfectly. He was also a mentor to many people who worked there.”

According to his family, his most notable work in his 23 years there was helping to start Baltimore’s metro and light rail lines. He was passionate about public transportation — he studied systems in Europe as part of the Carnegie Mellon Transportation Research Institute — and often promoted its benefits.

Upon retirement from the MTA, he received a governor’s citation for outstanding service in the field, his family said.

Mr. Kiladis and his wife enjoyed traveling through Europe, particularly Greece, Turkey and France. He was described as an avid reader, who enjoyed music and theatre.

What he most enjoyed was spending time with family, particularly showing his love through hearty meals for his children and grandchildren, said his daughter Kira Kiladis Muller.

After he retired from the MTA in 1997, he would cook for his children and grandchildren every Wednesday. Promptly at 5 p.m, he would arrive with an enthusiastic, “Let’s eat!” and all would run to the table, Ms. Muller recalled.

“The whole idea of sharing a meal together and sharing stories was very important to him,” she said. “And it was big deal for my mom that he did that. It was like his gift to us every week.”

Paul Muller, Mr. Kiladis’ son-in-law, described him as the most generous man he’d ever met.

“He was always giving in any way he could, whether it was time, knowledge, food, money,” Muller said. “He was just generous in every way.”

A viewing for Mr. Kiladis was held at Ruck Funeral Home in Towson on Sunday, along with a Trisagion Service.

Mr. Kiladis will lie at the Greek Orthodox Cathedral of the Annunciation today from 10:30 a.m. to 11 a.m., at which time a funeral service will be held.

He is survived by his wife of 51 years, Mary Bahadouris Kiladis; a son, James Nicholas Kiladis; daughters Kira Kiladis Muller and Lia Kiladis; four grandchildren; a sister, Mary Gould of Cape Cod, Mass.; and a brother John Kiladis of Hawaii.