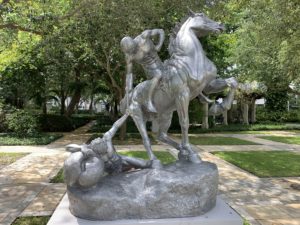 There comes a time in the development of every organization to look ahead, so that it can remain relevant and continue to offer solutions to the needs of the community it serves. Orthodox Christian Laity (OCL) is a 501(c)3, independent, non-profit, educational organization.  It was established in Chicago in the home of James and Mary Koulogeorge, who called together friends in 1987,  to consider what could be done to  maintain the role and voice of the laity, working in synergy with hierarchy and clergy, in the management and spiritual renewal of the Church.   It seemed that the Orthodox Church was becoming too clerical, and the balance that the voice of the laity provided was being ignored.

From that moment in time, 33 years ago, OCL developed into a movement that has met the test of time.  In addition to advocating for maintaining the voice of the laity, it advocates for canonical Orthodox Christian Unity in the USA.   Remaining fragmented and in separate jurisdictions/groupings wastes the stewardship gifts of the faithful.  Funds are wasted by maintaining multiple governing structures, schools, pension programs, personnel costs, insurances, etc. Overall, one of the richest faith-based groups is impoverished by its administrative fragmentation.  Census statistics show that overall, this is a no-growth situation.

Issues in the United States related to world Orthodox Christianity would be better represented, if they were presented by American citizens rather than Ethnarchs appointed by Patriarchs from abroad. The time for an administratively-unified Orthodox Christian Church in the USA is now, so that the Assembly of Bishops with its elected head can speak with one voice.

OCL also advocates for transparency and accountability in church matters. It has brought forth issues and solutions in matters of governance and has always spoken truth to church power brokers, and laments the situation and disarray in the governance of various fragmented jurisdictions. What have the appointed lay boards been doing during these times? What happened to oversight? How do we provide objective, independent, reasonable oversight?

To continue to meet the test of time and remain an effective movement, it is time to look ahead. OCL needs to seek and attract a new generation of passionate unity advocates to join the OCL Board and to become leaders in the movement for Orthodox Christian Administrative Unity. This is a difficult task, because the times are different.  Volunteerism is hindered for many reasons: demanding time considerations for working families;  church life competes with many other daily life choices; the church itself has developed a “negative brand” caused by the contradictions displayed by some of its leadership and by not living the life of the Gospel that it teaches; the continued fragmentation and the slow pace of positive and necessary changes in Church governance.  These factors contribute to making the faithful less passionate to participate as change agents.

The previous three generations of volunteers were truly passionate to build a unified, transparent, accountable church.  Can this be accomplished in our lifetime?  Our hope and prayer is that you keep your eye on the prize of administrative unity.  Put aside doubts and frustrations. Become part of the effort and change in attitudes that you know it takes to strengthen the witness of Orthodox Christianity and bring its time-tested and authentic way of life to bear in our modern society. Renew and revitalize the movement for uniting with your fellow Orthodox Christians in prayer and the employing of our God-given talents in service to our communities.  Let us know that YOU want to be among the next generation of unity advocates.  Respond with your comments/feedback/questions ([email protected] / 561-585-0245 / https://www.facebook.com/OrthodoxChristianLaity/). We want to hear from you and work with you!

If you are interested in being a parish “go-to person” or in serving this effort in some way, click on the “Join Now” button below, so that we can add you to the grassroots network and put you in touch with other advocates.  For more information, send any questions to [email protected].