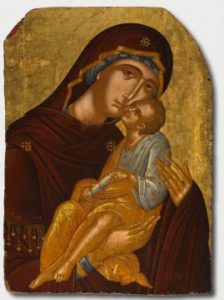 Through the Summer Quarter, the Lumen Christi Institute presented a weekly live-webinar series on “Reason and Beauty in Renaissance Christian Thought and Culture,” in collaboration with the American Cusanus Society. This programming continued to feed the intellectual curiosity of thousands of eager students, faculty, and life-long learners around the globe. The Lumen Christi Institute is proud to announce that our regular online programming in the Catholic intellectual tradition will return in September, extending into the Fall academic quarter.

The Lumen Christi Institute and the Godbearer Institute are proud to present a new live-webinar series on “Eastern Catholic Theology in Action.” Seminars will be held on Thursdays, starting on September 3rd with Daniel Galadza (University of Regensburg), presenting an introduction to liturgical mystagogy.

No preparation is necessary and participants can attend according to their availablity. Register for each event on the event page (see below).

Distinct in their liturgy, theology, spirituality, and discipline of Church life, 23 Eastern Churches are in communion with the Roman Catholic Church. The Second Vatican Council urged the Eastern Catholic Churches to cultivate and promote their unique share of the tradition. This series responds to that mandate and features leading scholars in the field to offer their theological perspectives drawn from the wisdom of Christian East. In view of broadening our understanding of the Catholic intellectual tradition, this series draws attention to the vantage points of Christians who worship, think, and pray in continuity with the first 1,000 years of the undivided Church.

This series is co-sponsored by the Beatrice Institute, the Calvert House Catholic Center, the Institute for Faith and Culture, the Harvard Catholic Forum, the Nova Forum, the Orthodox Christian Studies Center at Fordham University, and the Saint Benedict Institute.

Thursday, September 10, 7 p.m. CDT
A Theology of Wonder: An Introduction to the Poetry of Ephrem the Syrian | Andrew Hayes (University of St. Thomas, Houston)