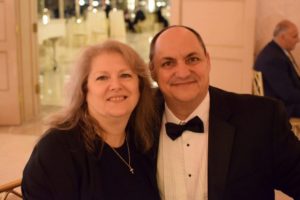 BOSTON, MA – John Dos Santos, Vice President of the Parish Council of the Holy Trinity parish in New Rochelle, NY will walk 220 miles from New York to Boston to raise money for Hellenic College-Holy Cross Greek Orthodox School of Theology (HCHC).The duration of the walk trip is going to be 14 days long.

Dos Santos told TNH that he will “depart August 31 and arrive on September 14 on the Feast Day of the Elevation of Holy Cross that the Theological School celebrates its name day.”

He added that he has “one child that is going there now and another one who will be starting in September to Hellenic College.”

He explained that “the idea came by reading that the School is in need of funds, so I did some research and I found out that the attendance is down little a bit. So mu purpose is to raise awareness of the School that needs help within the Greek Community and also to raise funds for the School.”

To the question don’t you think 220 miles is a very long distance to walk, he replied “not really. I have been walking 20 miles a day just to get myself prepared, I think I am definitely up for the challenge.” 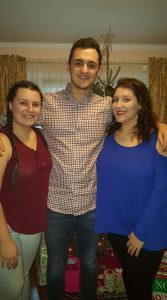 He hasn’t walked many miles in the past. “I haven’t done it only when I was in the Army.” He anticipates raising much money as possible. He said “the School is in need of money. I am looking for seven figures because the Greek Community is very blessed to have some very successful people and hopefully they would want to give” and he added that “we have a GoFundMe page under the name Walk4HCHC.”

As to why his children have chosen Hellenic College, he said “my daughter wants to be around Greek people because she is Greek herself and my son is going to the Seminary. His goal is to become a priest, we leave it up to God.”

He added “I am not Greek, I am actually Portuguese, I married a Greek woman. I have been loved by everyone. My wife comes from Crete, from the city of Rethymno. It is very beautiful. I can retire there.”

Dos Santos is a Master Electrician and his wife, Eleftheria, an accountant. Greek Orthodox for 21 years and a Parish Council member for 13 years, he said: “I am active in the community because I love the community.”
As for the hike, he said he will walk on Route 1 – Boston Post Road, which goes from Miami, FL to Maine. “I will be mostly by myself.”