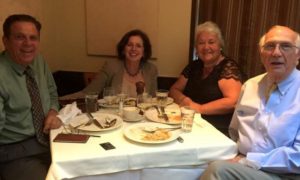 Today we’d like to introduce you to George Matsoukas and George Karcazes.

Orthodox Christian Laity is a movement and catalyst supported and founded by laypersons who are members of the Orthodox Christian faith. In the United States, the Orthodox Christian faith is seen as a fragmented, ethnic Church made up of 14 different ethnic jurisdictions… i.e. Greek, Russian Romanian, Serbian, Antiochian, etc. In reality, they are one faith and have been in the USA for over 200 years. Missionary Russian monks, led by St Herman of Alaska, established the Orthodox Mission in Kodiak, Alaska in 1794. The monks developed a written language with the Aleuts. From Alaska, the Church developed in California. In the latter part of the 19th-century, immigrants from Orthodox lands were arriving on the east coast and moving to the midwest. Until the Russian Revolution 1917, the hierarchical overseers of Orthodox Christianity worked together and were unified with the Russian hierarchy assuming leadership. After 1917, they have the fragmentation of the Church into ethnic Archdioceses, and Orthodoxy has been stuck in an immigrant groove. This fragmentation is uncanonical.

In 1988, Orthodox Christian lay leaders from throughout the USA met in Northbrook, Illinois, at the home of Jim and Mary Koulogeorge, and Orthodox Christian Laity was incorporated to foster Orthodox Christian Unity, transparency and accountability in Church governance and to maintain the active participation of the laity in all aspects of the life of the Church. These pillars of the movement are seen as essential in a renewal of Church life and becoming a missionary Church in the USA.

Since OCL’s incorporation, it has been directed by a board consisting of members from many parts of the USA, an advisory board composed of archbishops, bishops, clergy, and laity from throughout the USA and all Orthodox Christian jurisdictions. OCL has held 31 Annual meetings on the topic of Orthodox Unity in different cities throughout the nation. It has published Nine Occasional papers on topics dealing with issues of concern relating to unity, the role of the laity and renewal. It has held over 120 Open Forums in cities throughout the nation discussing the mission of the organization. OCL has published 4 books on the topics related to its mission.

OCL has an administrative office in West Palm Beach, Florida, a webmaster in Michigan who oversees www.ocl.org, and a bookkeeper/accountant in Durham, North Carolina. It has a budget of $160,000 annually. It provides its supporters with two mailings yearly. But most of the information provided by this educational ministry is presented on its website.

It maintains the OCL Archives at DePaul University as a special collection in the John Richardson Library at 2350 North Kenmore Avenue, Chicago, Illinois 60614. The president of OCL is George Karcazes who resides in Wilmette, Illinois.

The mission of the Orthodox Christian Laity movement is to be an effective advocate for renewal of the Church by challenging the laity to assume responsibility for accountability and transparency in Church Governance in all jurisdictions and by urging laity and clergy to work for the Unity of all jurisdictions. The active participation of the Royal Priesthood — the People of God — provides balance and good order in the life of the Church. OCL does not get involved in individual parish affairs but seeks to see the big picture of a renewed Church that is accountable, transparent and unified. It does not seek to alter the theology and traditions of the Orthodox Christian Church. The focus of the programs that OCL offers is to promote Orthodox Christian Renewal through administrative accountability, transparency, and unity so that a multicultural church in the Americas can more efficiently use the stewardship resources of the faithful, provide better outreach to their children, grandchildren, neighbors, seekers, and unchurched. A renewed and unified Orthodox Church will be better able to fulfill its Apostolic mission in North America… to bring the good news to all.

Great, so let’s dig a little deeper into the story – has it been an easy path overall; and if not, what were the challenges you’ve had to overcome?
The task at hand is monumental. Through Christ, all things are possible. With faith, mountains can be moved and the crooked can be made straight. We have seen the institutional Church move forward in some areas. The Ancient Patriarchs and self-governing hierarchy in traditional Orthodox Lands 10 years ago recognized that the administrative structure of the Orthodox Churches throughout the world outside of the original borders are uncanonical. They set up Assemblies of Bishops consisting of all bishops of all jurisdictions to meet and develop a process to bring good order to the Church. What we have learned these past 10 years is that the bishops are not ready to give up their seats and ethnic flocks. They cannot agree on rules for reaching a consensus. The Orthodox Christian hierarchy is more fragmented than they were in 1994 when the Standing Conference of Canonical Orthodox Bishops (SCOBA) met in Ligonier, PA and developed two statements on the question of unity. It seems the laity are more advanced in their experience and practice of unity in many areas of the nation than the bishops. Appointed lay leadership, appointed by the hierarchy in various Archdiocesan Councils, reflect the disunity of the hierarchy on the question of unity. Mismanagement of the finances of various Archdioceses has made the laity aware of the need for accountability and transparency of the stewardship resources provided by the laity. OCL has served a positive purpose in keeping the clergy and laity focused on the issue of unity. The Old World Patriarchs and self-governing hierarchy in traditional Orthodox Lands must guide the 50 plus Bishops residing here in the USA to be one synod. OCL will continue to advocate for unity, accountability, transparency and maintaining the voice and role of the laity in the life of the church.

Orthodox Christian Laity – what should we know? What do you guys do best? What sets you apart from the competition?
OCL is most known for its website which promotes its mission. There are many Orthodox Christian web sites, and OCL provides links to many of them. But we present news, papers, and opinions on the topics of unity, transparency, accountability and maintaining the role of the laity in the life of the Church. Please look at our website. We welcome your feedback. OCL also utilizes social media to get its point of view known.

On our website, you can see lists of the 31 OCL annual meeting topics and the speakers who participated. Our last annual meeting was in Chicago. A result was the publication of an Occasional Paper written by a Chicago Professor, Dr. Frances Kostarelos from Governors State University, University Park, Illinois. The topic is Religious Pluralism, Fundamentalism and Contested Identities in North American Orthodox Religious Life… the next annual meeting, October 19-20 will take place in Cleveland, Ohio – which represents Pan Orthodoxy at work. There is cooperation among the faithful of all jurisdictions doing the work of the Church and building up the city in positive ways, OCL is set apart from other Orthodox Christian groups, because we are an independent advocacy group that is 31 years old.

We are especially proud of our publication PROJECT FOR ORTHODOX RENEWAL: SEVEN STUDIES OF KEY ISSUES FACING ORTHODOX CHRISTIANS IN AMERICA.

OCL is also grateful to the bishops and clergy that serve on our advisory board. We are especially grateful to His Eminence< Archbishop Nathaniel of Detroit and the Romanian Orthodox Episcopate of America and member of the Synod of Bishops of the Orthodox Church in America (OCA). He has been our adviser for over 20 years. We are also grateful to Metropolitan Isaiah of Denver, Greek Orthodox Archdiocese, Archbishop Michael of New Jersey and New York (OCA), Archbishop Benjamin Diocese of the West, San Francisco, CA (OCA). Fr Steven Vlahos, Greek Orthodox Archdiocese, Cherry Hill, New Jersey, has served OCL for 30 years, and Father Michael Massouh, Pinellas Park, FL, Antiochian Archdiocese. Also serving on our advisory board is Khouria Frederica Mathewes-Green. Of blessed memory are Father Gordon Walker and Father Peter Gillquist, Antiochian Archdiocese, and Father Thomas Hopko. They were outstanding advocates for Orthodox Christian Unity.

Click here to become a member of OCL and to support its work. 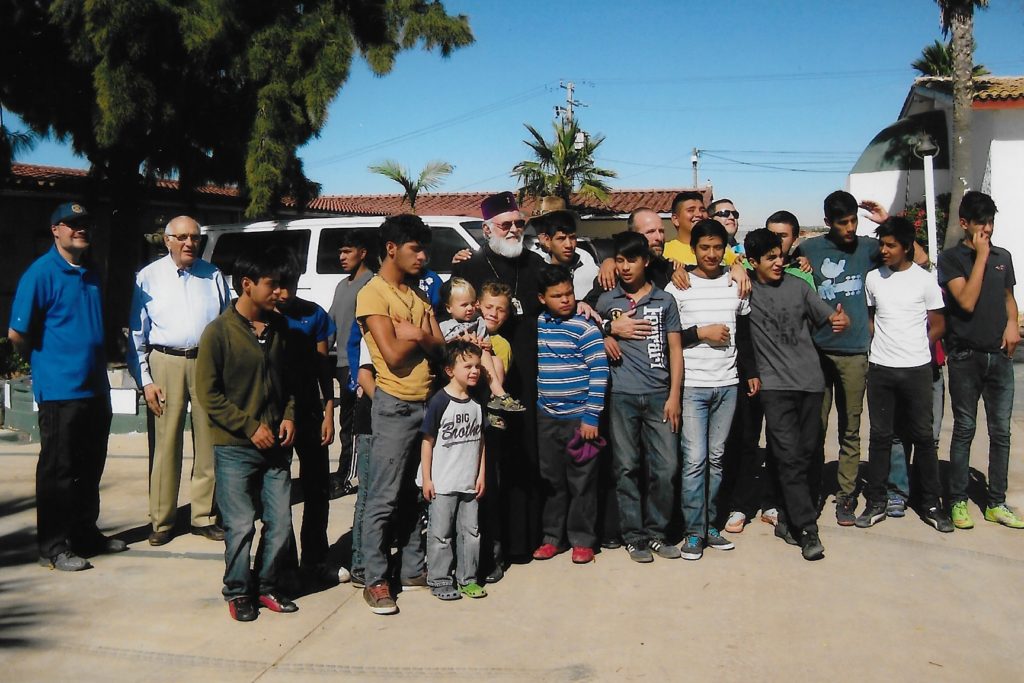 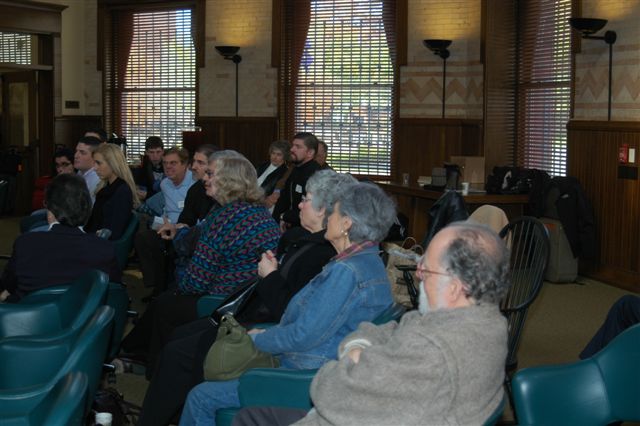 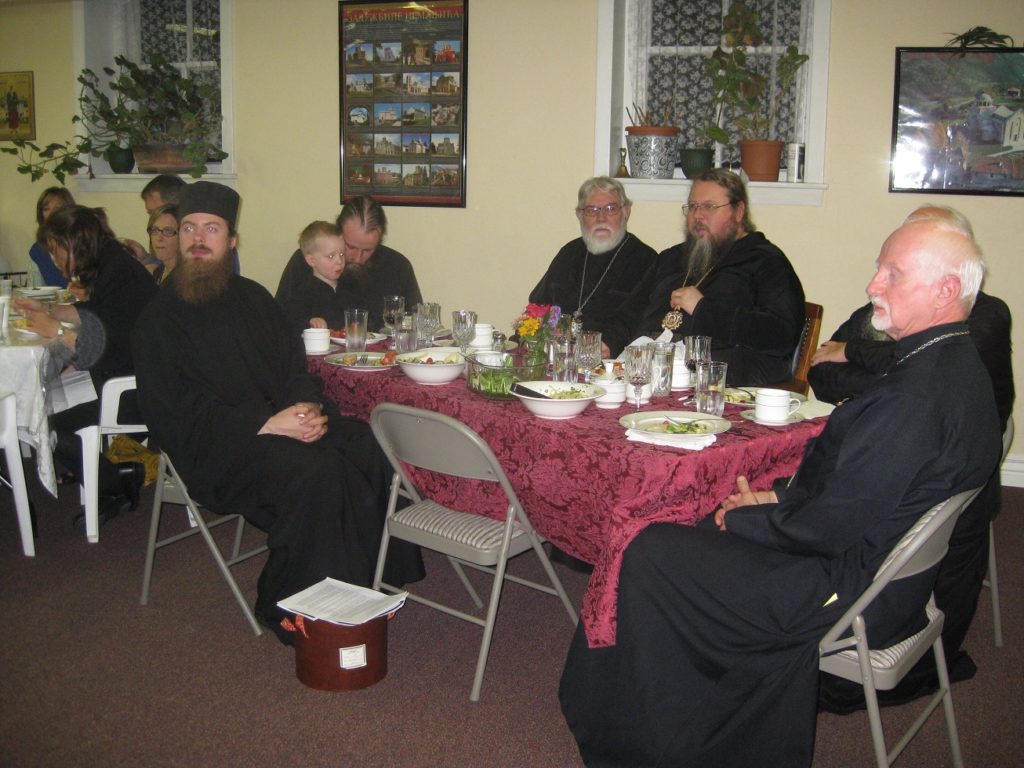 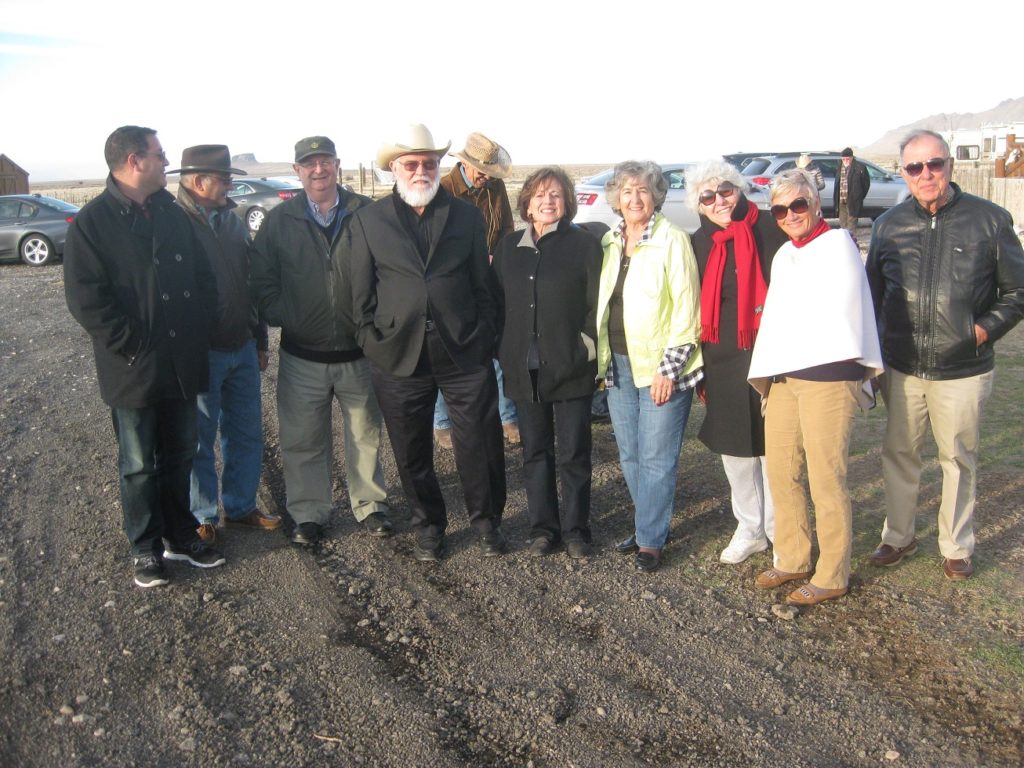