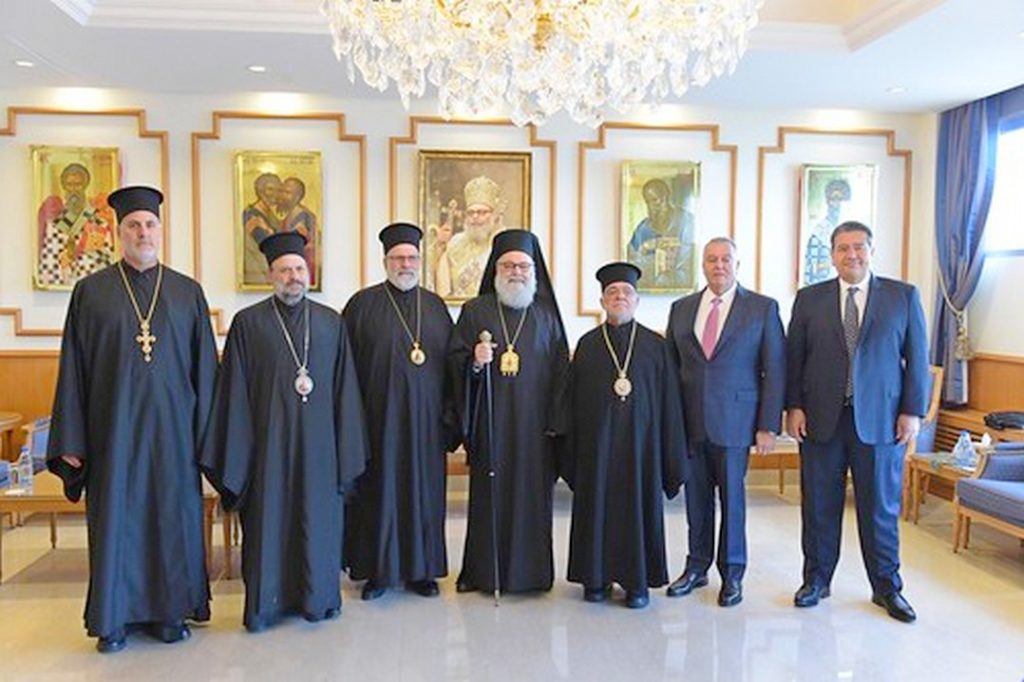 His Beatitude Patriarch John X of Antioch and All the East warmly welcomed a delegation from the Antiochian Archdiocese at the Saint John of Damascus Institute of Theology in Balamand, Lebanon from Nov. 9-10, 2022.

His Beatitude offered the delegates words of hope and encouragement for the future. He asked them to convey to all the clergy and laity of the God-protected Archdiocese these messages:

Later this month, Metropolitan Antonios will arrive at the Archdiocesan Headquarters in Englewood, New Jersey. He is making plans to visit several parishes and meet with clergy and laity during his time in North America. The Temporary Operating Committee will assist His Eminence with the administration of the Archdiocese until the election of the new Metropolitan.

The North American delegation consisted of Their Graces, Bishops: Thomas Joseph, John Abdalah, and Nicolas Ozone, together with the Vice-Chairman of the Board of Trustees Mr. Fawaz El Khoury, the Chief Financial Officer of the Archdiocese Mr. Salim Abboud, and the Vicar General of the Archdiocese Archpriest Thomas Zain.

The delegates thank His Beatitude and Their Eminences for the cordial and productive dialogue.