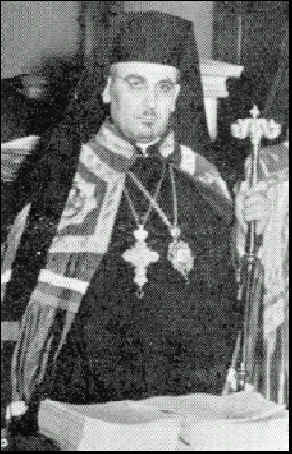 Metropolitan Antony Bashir was the head of the Antiochian Archdiocese of New York from 1936 until his death in 1966. He said the following in an interview published in the Brooklyn Daily Eagle, February 4, 1939:

The Eastern Orthodox Church has many national branches, each conducting its services, as a rule, in the native language of the country. The Syrian Orthodox is narrow in its dogma and doctrine, clinging to the Apostolic Nicene creed and the seven ecumenical councils of the church. We cannot change that. We acknowledge Christ as our only head.

But we are living in America and in the twentieth century and must make our Church conform so far as we can to the American way of living and meet the demands of the rising American generation, which clings to the old religion but is no longer interested in retaining the old Arabic of their fathers. For the old people and our older priests we still use the Arabic, but a Church that would cling to the old exclusively would die with the generation that demanded it….