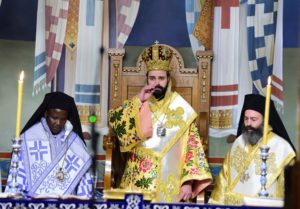 CHICAGO, IL – The Greek Orthodox Metropolis of Chicago announced the work of a transition team to aid in the implementation of new policies, procedures and strategy under the new leadership of His Eminence Nathanael, who was installed as the Metropolitan of the Chicago on March 24. The transition team has been assisting him since his enthronement.

“As metropolitan, one of my priorities is to instill greater transparency and accountability in how the Metropolis of Chicago conducts its affairs,” Nathanael said. “Openness allows the faithful of the Metropolis to clearly see how their Church serves its people and society at large, following Christ’s own example.”

The team includes professionals from throughout the Orthodox Christian community with the necessary knowledge and expertise to help the Church become more efficient and effective in its mission. Members include:

Georgia Loukas Demeros, a partner at Thompson Coburn LLP, serving as an estate planning advisor and personal general counsel to closely held businesses and individuals. She is an officer of the Hellenic Bar Association of Illinois, a founding member of the Hellenic American Leadership Council (HALC), and a board member of the Pythagoras Greek School of St. John the Baptist and several other nonprofit organizations. She holds a BBA from Loyola University of Chicago, a JD and LLM in Taxation from Chicago-Kent College of Law and is a certified public accountant. She is married and has two daughters; they are stewards of Holy Taxiarhai and Saint Haralambos Greek Orthodox Church in Niles and St. John the Baptist Greek Orthodox Church in Des Plaines.

Elaine Jaharis, who has served as a member of the Archdiocesan Council (2014-17) and as Chair of the Committee on Youth and Young Adult Ministries (2012-17). Born and raised in Chicago, she is a founder of Faith: An Endowment for Orthodoxy and Hellenism and a member of Leadership 100. She worked in the construction industry and earned a BA from Northwestern University and an MBA from the University of Chicago Booth School of Business. She is married to Dr. Steven Jaharis and they have three children. They are stewards of Saints Peter and Paul Greek Orthodox Church in Glenview.

Michael Laudizio has served as vice president of taxation for four different multibillion-dollar companies over his 25-year career. He was responsible for global tax affairs, M&A tax due diligence and strategic tax planning, audits and appeals. He earned a master’s degree in taxation from DePaul University, where he now serves as adjunct professor of taxation. He founded L.A. Tax, Inc., a firm specializing in tax controversy/audits before the IRS and in all 50 states. He serves on the Processing Advisory Board for the Illinois Department of Revenue. He and his wife, Vicki, are parishioners of St. Andrew’s Greek Orthodox Church in Chicago, where he serves on the audit committee. 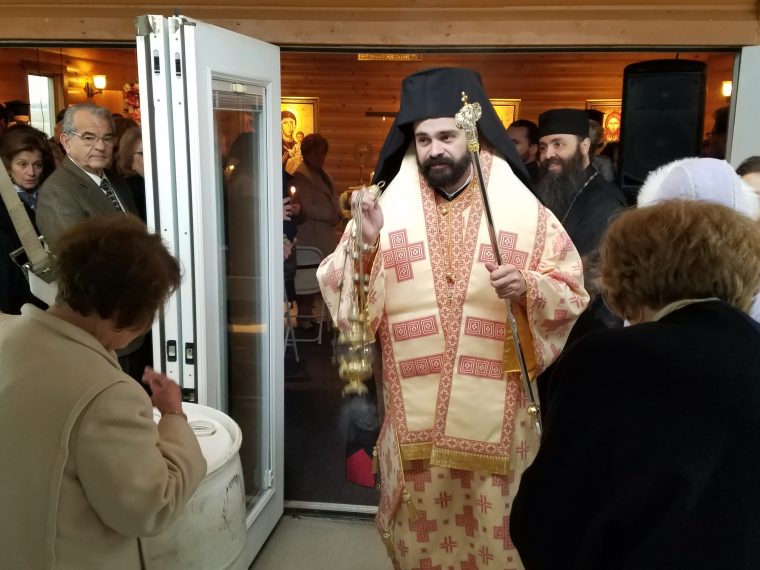 Andrew Limouris is Founder, President and CEO of Medix, a national staffing organization specialized in recruiting skilled personnel in healthcare, science, and information technologies. Since its launch in 2001, he grew Medix into a 16-office, $160 million corporation. His commitment to innovation and positively impacting lives has developed Medix into one of the largest and fastest-growing staffing agencies in North America. He won Ernst & Young’s 2017 Midwest Entrepreneur of the Year in Technology and Talent Services. He is also a board member of Jared Allen’s Homes for Wounded Warriors, The Wellness House and JB Training Solutions. He and his wife, Maria, are stewards of St. Demetrios Greek Orthodox Church in Elmhurst.

John Manos is president of Bank Financial and a commercial real estate property and management business owner who launched a grocery store chain with his partners. An Archon and Regional Commander of the Ecumenical Patriarchate, he serves on several civic and philanthropic boards. John is a member of Leadership 100, former National President of the Pan-Cretan Association and a recipient of the Ellis Island Medal of Honor. He served on the Parish Council of St. Demetrios Greek Orthodox Church in Elmhurst, was chairman of the United Hellenic Voters of America (UHVA) and is an AHEPA member. John and his wife, Elena, have been married 31 years. They have three children. John and his family are stewards of St. Demetrios Greek Orthodox Church in Elmhurst.

Bill Marianes is a retired corporate/M&A partner from the international law firm McGuire Woods, where he served as managing partner of the Atlanta, GA office. He has completed strategic plans for parishes that include about 17 percent of Orthodox Christians in the United States. He has delivered strategic planning, stewardship, leadership, and other training to more than 500 churches through his free ministry Stewardship Calling. Born in East Chicago, IN, he is an Archon and the Legal Advisor of the Atlanta Metropolis. He serves on the Archdiocese Legal Committee, Leadership 100 and the Secretariat and Legal Committee of the Assembly of Canonical Orthodox Bishops. Bill and his family are stewards of the Annunciation Greek Orthodox Cathedral in Atlanta.

Eric Namee is an attorney and certified public accountant in Wichita, KS, where he is one of the founders of the Hinkle Law Firm. He is active in the Orthodox Church on both the local and national levels. He is president of the Virginia H. Farah Foundation, a philanthropic organization dedicated exclusively to the work of the Orthodox Church. He is a member of the Secretariat of the Canonical Orthodox Bishops of the United States of America and serves as a consultant to numerous Orthodox Christian projects and organizations. He and his wife, Tracy, are stewards of St. Mary Antiochian Orthodox Christian Church in Wichita.

Gus M. Pablecas has expertise in real estate, including apartments, retail centers, industrial, office buildings, condo conversions, hotels and motels. He is an Archon Regional Commander with active participation in religious freedom issues. He has served the Church in a variety of positions, including Parish Council President, Chairman of Finance, Ways and Means, Budget and Real Estate. He also served on the Planning and Development Committee as an original board member of the St. Iakovos Retreat Center. He is a former FBI Special Agent. He currently serves on the Advisory Board of the PanHellenic Foundation and is a Director for the Chicago Chapter of the Society of Former Special Agents of the FBI. He and his wife, Gail, are stewards of St. Nectarios Greek Orthodox Church in Palatine.

“I greatly appreciate the counsel provided by the members of the Transition Team. I am confident that their continued devotion and dedication will help the Metropolis of Chicago further assess, plan and implement positive and necessary changes for the good of our people and parishes,” Nathanael said.