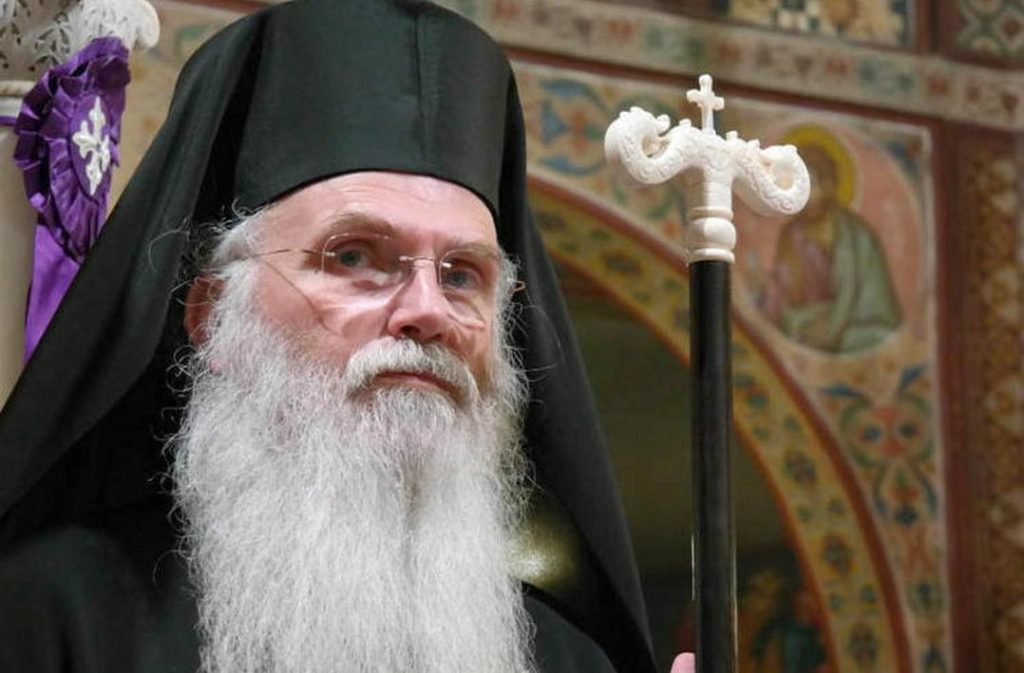 In the last months, we are witnessing a very dangerous and seemingly unjustifiable crisis which erupted within our Church.  The reason of this crisis is the imminent granting of autocephaly to the Church of Ukraine or rather the creation of an autocephalous Church in Ukraine.

It seems that inter-Orthodox relations are a major issue in our days, and although union with the other Christian dogmas is the goal, the Orthodox, although they ascertain love between them, they de-construct this love in their life; they proclaim the union of the blessed sacrament between them but they practice the opposite.

The faithful watch their leaders wrangling with each other using legalistic argumentation, and instead of uniting the faithful, they form opposing fighting camps. What a pity! In all this dispute, there is a pretense and a cause. Pretense is the need for autocephaly of the Church of Ukraine.  And the cause is the right to grant it.  Who does this right belong to, who has it?

The words we are hearing used by the implicated churches refer to historic privileges, rights and rules.  Unfortunately, what we are not hearing is the Gospel.

The first question is: Is autocephaly so indispensable spiritually? If so, could it not wait a while longer?

There is a second question: Are our rights so important that we have to protect them, ignoring or fighting our brothers and interrupting our thousand-year-long communion with them?

And the third: Is invoking historical rights and rules more important than the word of the Holy Gospel?

Constantinople now calls the up to now brothers of Russia “friends”, and they (the Russians) reject the Ecumenical character of the Patriarchate of Constantinople.

In this way, the most basic foundations of Church unity are being demolished: brotherhood, expressed by pan-Orthodox communion, and Ecumenism, of which guarantor is Constantinople, according to the rules and the historical tradition.

And those who demand Autocephaly, who are they? A secular President with a very dubious spiritual background and a schismatic self-proclaimed “Patriarch”, up-to-now rejected, with a problematic ecclesiological sensitivity.  Are these two the proper persons in order to express in the name of the Holy Spirit, the need, God’s will and the sighs of the Church in the Ukraine?

If we do not want to listen to the voice of those objecting to the autocephaly, how can we base our hopes for unity on those who have already caused a long-term schism and are already harboring in their midst all the demoted “old calendar” hierarchs from Greece and many others?

If Filaretos had been elected Patriarch of Moscow in 1990, as he so much sought, but he failed, would he ask today to become the leader of the autocephalous Church of Ukraine? If the answer is yes, who would he ask? The Moscow Holy Synod, which he would be presiding over, or Constantinople, upon which today he shows a fake respect and pretends to bow in front of?

How is it possible not to measure the catastrophic results of a threatened Schism? Why would the faithful be excluded from the blessing of the holy sites of the other side? Why should the Russian faithful be deprived of the Holy Mt. Athos and Patmos and the Greek-speaking be deprived of St. Seraphim of Sarov and the Kiev Caves, Valaam and the blessing of the Russian Neomartyrs? Isn’t God’s Grace global so we can all share it? When the common faith and dogma unites us, how can the division on the basis of an administrative dispute be justified?

Finally, the Gospel of love, forgiveness, unity: who is it written for and why? Is it related to us at all and our time?

We are hoping that our Patriarch will open his ecumenical embrace to include the Russians. But the Ukrainians will never be able to unite ecclesiastically, if they do not learn to forgive the Russians within their Church and unite with them. The Church is Church only when it nullifies enemies.  So says Amfilochios, a recently-recognized saint by the Ecumenical Patriarchate: “Do you want revenge from those who bother you? The best revenge is love. Love pacifies even animals.”

We expect that the holy fathers in Russia, whose blessing the people seek at the end of each holy Eucharist, understand that by acting humbly and not vindictively, they will unite the Church by the Grace of God; and, they will win the hearts of all the Orthodox. There is no reason for them to become the “Third Rome”, but they can spiritually be the “First and Holy Moscow”. They can be the first in our hearts.

Along with the fragrance of the experience of their recent persecution and the grace of their neomartyrs, we expect them to offer to our Church the fragrant testimony of unity.  The arrogance of the small and powerless is bad, but the humble wisdom of the great and powerful is good.  We all need such a quality, because we are not interested in who is right and who is powerful, but who is acting by the Grace of the Holy Spirit.

Saint Paul’s God-inspired teaching, “But if you bite and devour one another, take care that you are not consumed by one another” (Gal 5:15), maybe shows the path to all of us. In ecclesiastical conflicts between brothers, there are no winners.  All are losers.  On the opposite side, when we reconcile, there are no losers.  They are all blessed.

At a turning point when North and South Korea reconcile, could we, who daily pray with the “Lord’s Prayer” in our heart and our soul, find a way?

Our warmest prayer is for the Lord to provide “the solution to the temptation” and to help soon exit to repentance and peace.