[ditty_news_ticker id="27897"] METROPOLITAN OF PIRAEUS ON UKRAINIANS’ ECUMENISM WITH CATHOLICS: “THESE PEOPLE LACK THE FEAR OF GOD” - Orthodox Christian Laity 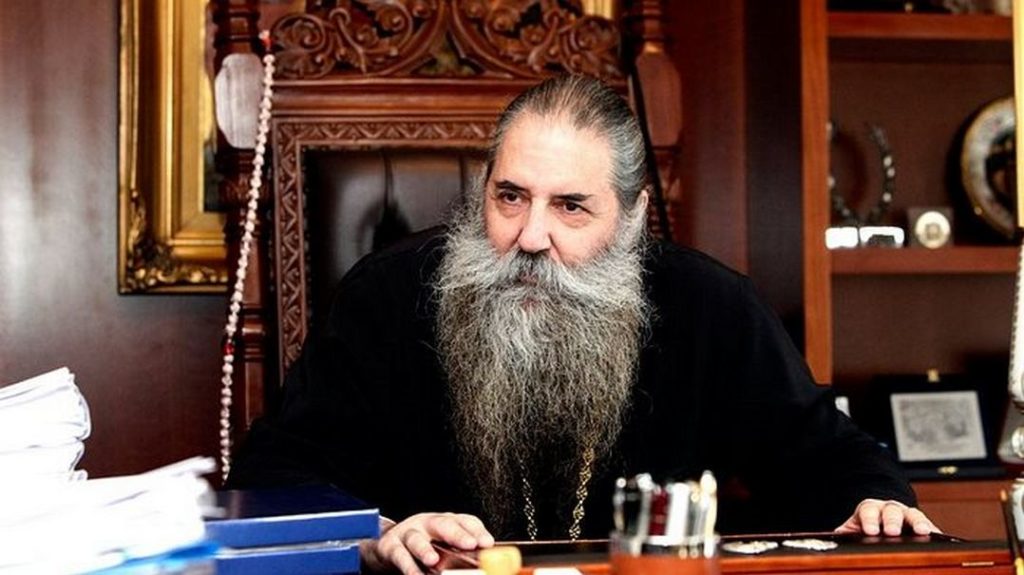 Piraeus, Greece – The results and consequences of the meeting of the hierarchs of the Greek Church on Saturday remain unclear. As OrthoChristian reported yesterday, the press team created by the Bishops’ Council announced that the Greek Church recognized the so-called “Ukrainian Orthodox Church” (OCU), thought this interpretation of the councils’ proceedings was later called into question.

“I feel the moral obligation publicly to express my immense gratitude to the Metropolitan of Kythira and Antikythera, SERAPHIM for his overwhelming, profound and precise testimony of the events that took place during the extraordinary convocation of the Church of Greece on 12/10/2019, which demonstrates the adamantine ethos and the immense spiritual quality of His Eminence the Metropolitan of Kythira,” the hierarch of Piraeus writes.

Met. Seraphim of Piraeus then turns his attention directly to the OCU and thanks God that all the members of the Church who adhere to the holy canons and reject the “alleged” Metropolitan of Kiev Epiphany were vindicated the day after the Greek hierarchs met, as Epiphany and the other OCU hierarchs and clergy admitted a Roman Catholic “cleric” into the altar during a church consecration and Divine Liturgy (quotation marks used by Met. Seraphim).

“Consequently, these people are not only unholy, they are heretical and lacking the fear of God. Therefore, to ask the autocephalous Orthodox Churches to recognize them is at least outrageous,” Met. Seraphim boldly writes.

As OrthoChristian reported, just a few days prior, an OCU “hierarch” concelebrated with a Uniate hierarch and a Roman Catholic priest.

Since receiving a tomos of autocephaly from Constantinople, the OCU has concelebrated with Uniates, Roman Catholics, Montenegrin schismatics, and Belarusian schismatics.