[ditty_news_ticker id="27897"] Metropolitan Seraphim (Kykkotis) of Zimbabwe: Where the Absence of Dialogue on the Ukrainian Issue Could Lead 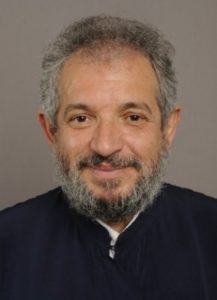 We must not allow political factors to affect the strengthening of the visible unity of the Local Orthodox Churches.

Historically, it already seems that those who justify the claims of some that the Russians will seek in various ways to have bishops around the world without, unfortunately, paying any mind to our Ecumenical Patriarchate.

We will all be turned upside down and we do not know what will become of us in difficult times when Orthodoxy everywhere should be united and strengthened so that we may be able to respond to the contemporary challenges of our troubled times.

A Joint Ecclesiastical Committee must act immediately with the participation of representatives of our Ecumenical Patriarchate and of the Moscow Patriarchate to jointly examine the issue and prepare a meeting of the two Primates of their two Churches so that we may prevent the worst.

Without dialogue, the problems will not be solved and, on the contrary, they will grow and suffocate us.

We must not be sidetracked by the current confrontation of hatred and evil that is being cultivated by some fanatics without thought to the rifts that are threatening the visible unity of the Local Orthodox Churches.

We all pray that God will enlighten those who are responsible for this situation and that they will help to start a dialogue so that we may prevent the worst.

When the war started in Iraq, then-US president Bush, who in one way or another bloodied our entire Planet, soon went to speak at the General Convention of the UN about the problem of AIDS, which was then one of the greatest threats for massive premature deaths of millions of people, including children.

Although the President was saying serious and correct things about tackling AIDS, everyone was laughing and not taking him seriously.

Although I personally disagree with what I will recount, unfortunately some people at the United Nations and the World Council of Churches made the same comments about the Patriarchal Address by our Ecumenical Patriarch to the Secretary-General of the UN on the subject of the special session of the General Assembly of the UN on the problems of Climate Change.

Among other things, the Patriarchal address emphasized the importance of dialogue and the cooperation of all for the effort of us all to save our Planet through our peaceful coexistence, while on the subject of Ukraine, the Metropolitan of France still insists that the stage of dialogue has been completed while, in one way or another, all the Primates of the Local Orthodox Churches are insisting on dialogue so that the visible unity of the Local Orthodox Churches may be preserved.

The institution of the ecumenicity of our Ecumenical Patriarchate must be preserved in every way with wisdom and prudence, as it has survived for all these past centuries and especially with the strengthening of its institution over the past sixty years with the work of the Pan-Orthodox Conferences and the proceedings of the Great and Holy Synod of Crete.

We must, through dialogue, find a solution where our Ecumenical Patriarch always as Protos, with his coordinating role of love and unity, will lead all the Local Orthodox Churches and even the Russians to be the visible symbol of our unity and not the threat of the greatest schism that the Orthodox Church will know in the course of her history.