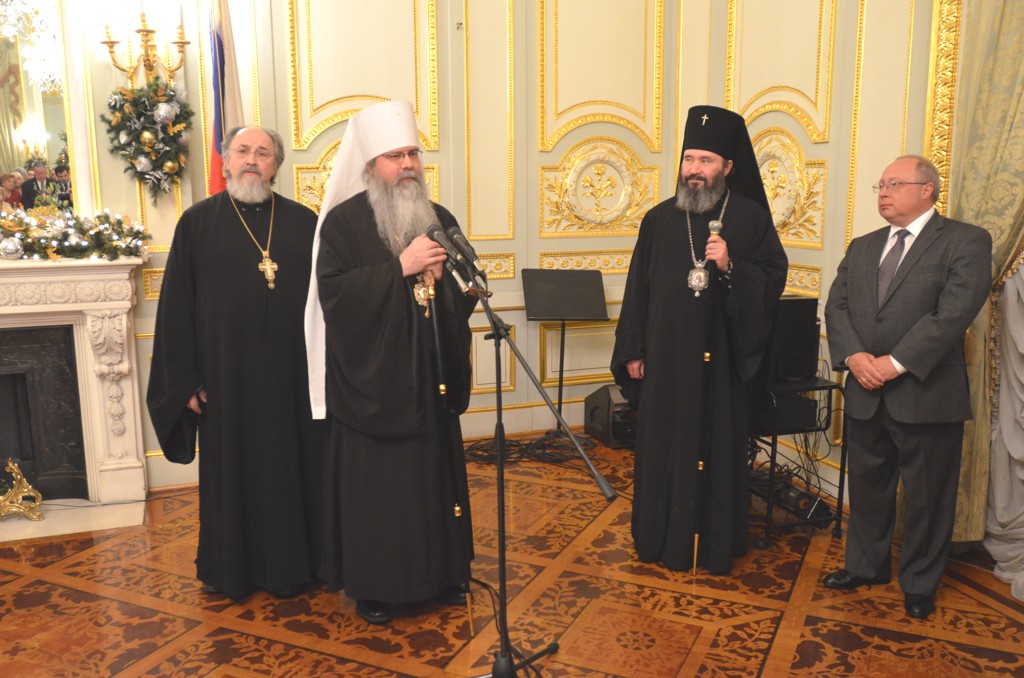 Metropolitan Tikhon with Archbishop Justinian at the Russian Consulate in New York.

His Beatitude, Metropolitan Tikhon, was among numerous guests who attended a reception at the Consulate General of the Russian Federation here on Wednesday, January 9, 2013, marking the celebration of the Nativity of Our Lord on the Julian Calendar.

The reception was hosted by the Honorable Igor L. Golubovskiy, Consul General, and His Eminence, Archbishop Justinian of Naro-Fominsk, Administrator of the Patriarchal Parishes in the USA, who warmly welcomed Metropolitan Tikhon, who was accompanied by Archpriest Eric G. Tosi, OCA Secretary; Archpriest Leonid Kishkovsky, Director of External Affairs and Interchurch Relations; and Archpriests John Behr and Chad Hatfield, Dean and Chancellor respectively of Saint Vladimir’s Seminary, Crestwood, NY.

Also in attendance were many dignitaries from the Russian community and clergy and faithful from parishes of the Moscow Patriarchate and the Russian Orthodox Church Outside of Russia, including His Grace, Bishop Jerome of Manhattan.

During the reception, a brief concert of traditional songs was presented.