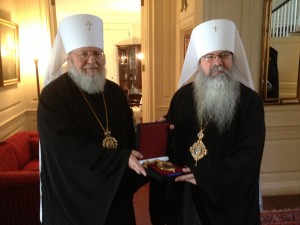 ROCOR Metropolitan Hilarion presents Metropolitan Tikhon with panagia of the Kursk Icon of the Mother of God.