Their characterizations of the conflict, however, are very different. 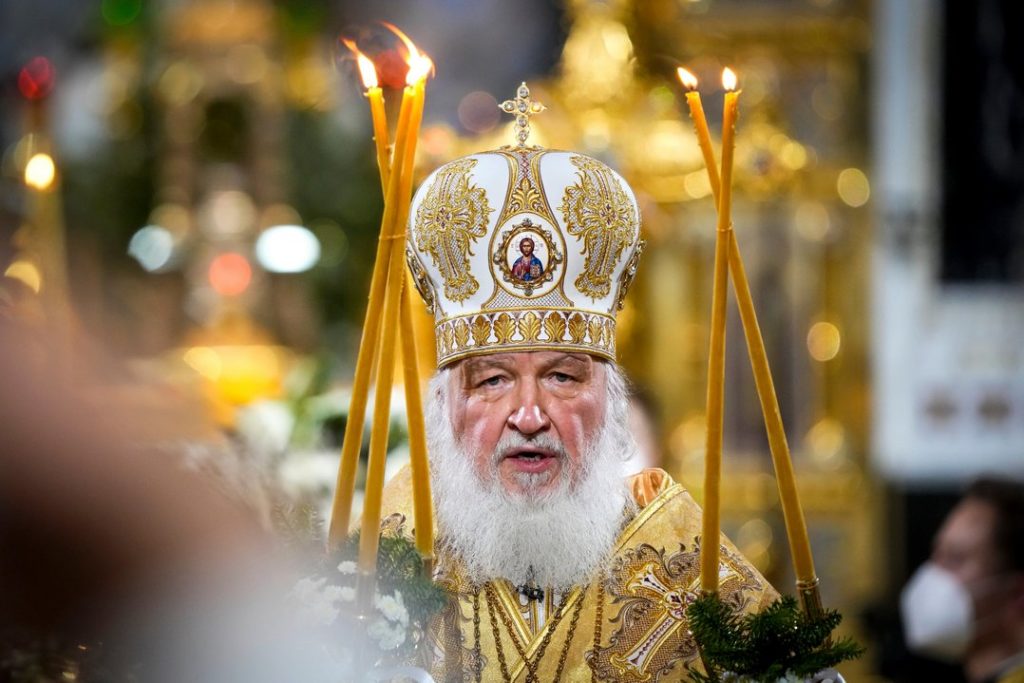 VATICAN CITY (RNS) — Addressing the faithful on Thursday (Feb. 24), prelates associated with a Moscow-linked subset of Orthodox Christianity issued statements lamenting the suffering caused by the ongoing attack against Ukraine by Russian forces and calling for peace.

Speaking to members of the Ukrainian Orthodox Church who answer to the Moscow Patriarchate, Metropolitan Onuphry of Kiev called the invasion of Ukraine “a disaster,” according to a translation of his statement from OrthoChristian.

He addressed Russian President Vladimir Putin directly in his remarks.

“Defending the sovereignty and integrity of Ukraine, we appeal to the President of Russia and ask him to immediately stop the fratricidal war,” he said. “The Ukrainian and Russian peoples came out of the Dnieper Baptismal font, and the war between these peoples is a repetition of the sin of Cain, who killed his own brother out of envy. Such a war has no justification either from God or from people.”

Religious fracture overlaps with political conflict in Ukraine. In late 2018 and early 2019, Orthodox faithful in Ukraine declared independence, or autocephaly, from the Orthodox Patriarchate in Russia. The Orthodox Church in Constantinople quickly recognized the independent Ukrainian Orthodox Church, but the Russian Orthodox reacted negatively and continue to refuse to acknowledge it.

Even so, the statement from Onuphry, who is loyal to the Moscow church, showcased relative unity with Metropolitan Epiphanius I of Ukraine, of the Kyiv Patriarchate, who earlier this week called on leaders of the Moscow-linked Orthodox community to speak out in favor of peace immediately and not wait for their leadership to do so first.

“The aggressor must hear and see that you are not waiting for him, you do not need his troops and his power,” read an automated translation of Epiphanius’ remarks. “It is the civic and Christian duty of each of you personally.”

Orthodox Patriarch of Moscow Kirill also addressed the Russian faithful on Thursday, appealing to all parties involved in the conflict in Ukraine “to avoid civilian casualties” and highlighting the need to “overcome divisions” between Russian and Ukrainian peoples.

“With deep and heartfelt pain, I perceive the suffering of people caused by the unfolding events,” Kirill told Orthodox clergy and faithful. “I deeply empathize with all who have been touched by misfortune” in Ukraine, Russia and elsewhere, he added.

“I call on all parties to the conflict to do everything possible to avoid civilian casualties,” Kirill said.

Kirill appealed to a version of history tying Russian and Ukrainian peoples, in particular the baptism of Prince Vladimir I of Kiev, known as St. Vladimir, who converted from paganism in the 10th century. After conquering Crimea, Vladimir was baptized as a Christian along with many of his people, initiating the slow process of Christianization in Eastern Europe.

“I believe that this God-given community will help overcome the divisions and contradictions that have arisen that have led to the current conflict,” Kirill said.

In addition, Kirill called on the Russian Orthodox Church “to raise a deep and fervent prayer for the rapid restoration of peace.”