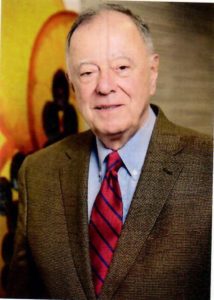 Will YOU Play a Part? Have you considered including OCL in your long-term financial plans?

The Orthodox Christian Laity (OCL) movement is the remnant of the optimism of the CEOYLA and GOYA movements which fostered and personified Orthodox Christian Unity.  These groups peaked in the mid-20th Century and then were marginalized by the hierarchy in the 1970’s.  OCL picked up where they left off and was formed in 1987.  OCL is keeping its eye on the prize: Orthodox Christian Unity as The Way Forward.  Otherwise, Orthodox Christianity in the USA will become a remnant.  Help OCL plan its future by building our endowment with your UNITY ADVOCATE LEGACY SOCIETY Contribution.

The UNITY ADVOCATE LEGACY SOCIETY is composed of generous and forward -thinking donors who will support our long-term success through a planned gift.  It is easy to do.  While cash contributions are always appreciated, there are other creative and flexible giving options that can benefit you and Orthodox Christian Laity.  Consider, for example, donating real estate, stocks, or other assets in return for a series of regular payments.  Annual planned giving options offer generous tax benefits as well. Whether it is naming Orthodox Christian Laity as the beneficiary of a life insurance policy or gifting other liquid or non-liquid assets, we encourage you to consult with your financial advisor to discuss the options.

Ensure the sustainability of OCL that makes your core values as they relate to a unified multicultural Orthodox Church in the USA known to others.   Generations to come will benefit from your gift.  Your support of our mission will be long remembered and serve as an inspiration to others.