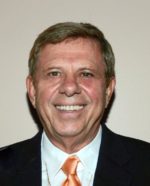 In reference to the recent appointment of an Archbishop, the Eparchial Synod of the United States had no input.  Were three names submitted as part of the process?  The American Eparchial Synod and the Archdiocesan Council had at least two years lead-time to weigh in on the selection of a successor to Archbishop Demetrios.  The Patriarchate has made it known that they wanted the sitting Archbishop retired for these past two years.  Where was the local Synod and the Archdiocesan Council these past two years?  Did a delegation go to Istanbul to suggest names for a successor to the seat of Archbishop? The Charter imposed over the objection of the delegates to the Los Angeles Clergy-Laity Congress needs to be revised to restore good order to the Archdiocese.  This unilateral appointment reinforces the fact that the Patriarchate does not respect the clergy, laity and hierarchy of the faithful in America.  The official, appointed, lay overseers of the Church have enabled this disrespect to continue.  Sadly, the legal counsel of the Archdiocese acquiesced in the development of this present Charter which effectively eliminated the autonomy of the Greek Orthodox Archdiocese of America.

It does matter where the Archbishop is born and raised and educated.  A native-born archbishop who grew up here, who perhaps was a counselor at Ionian Village and who has a network of priests that he went to school with here in America, and who knows our parish life, would better understand the needs of clergy, laity and our faithful.  I feel that such an Archbishop would have a head start in knowing that the Orthodox Christian Church in the USA is a mission Church, bringing the Good News of Christ to the American people.  The Archbishop would know the overarching need to retain our young people within the life of the Church requires outreach programs to the least of our neighbors, so that our faithful young people can participate in Christian outreach in their communities.  They want to be active participants and not passive observers.