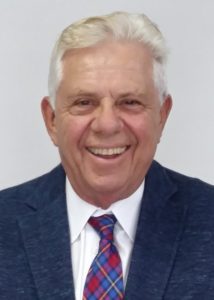 We must understand the Alternative World of the foreign elements and the local minions who are their agents who control the administrative structure of the Archdiocese and who are appointed to maintain the deception and distortion of the uncanonical institution they created in the USA.

Consequences of the 2003 Charter

You cannot create a new charter unless you understand how we got to this place where foreign bishops decide to unilaterally abrogate the 5th charter of the Archdiocese.  Yes, the 5th in less than one hundred years.  They abrogated the charter they imposed in 2003 against the will of the laity who were present at the Los Angeles Clergy-Laity Congress.  The laity called for maintaining autonomy and meaningful input from the laity in synergy with clergy and hierarchy in church governance.  But Archbishop Demetrios sent here after the failed tenure of Archbishop Spyridon, having pledged loyalty to the PATRIARCHATE AND NOT TO THE NEEDS OF HIS FLOCK, promoted, and imposed the gift charter of the patriarchate.  This gift charter was designed to weaken the Archdiocese to place all bishops here directly under the patriarchate.  The consequences for the Archdiocese are disastrous.  All our institutions have become spiritually and financially bankrupt.   The Headquarters on 79th street is mortgaged. Holy Cross College and Seminary are dysfunctional.  Each Metropolis is a separate entity building Cathedrals of marble on campgrounds, in disarray in Boston and Tenafly, forcing the retirement of another Archbishop because he was never in control during his 20-year reign.  The synod did not function.  Financial scandals within the Archdiocese have caused criminal charges to be placed against employees.  The structure of the Archdiocese was compromised by placing a priest, who served as a Patriarchal nuncio, overall the financial and managerial functions of the Archdiocese.   How could one priest have more control than the whole synod?

It is unfortunate that the Patriarchate that oversees the Greek Orthodox Archdiocese lives in a daily state of insecurity and fights for its survival every day.  It lives by myth and not reality.  It was threatened by and lived in the shadow of the successful reign of Archbishop Iakovos of blessed memory, who ruled in a semi-autonomous fashion.  This same archbishop established the Order of Archons to serve the interests of the Patriarchate and to bring its plight to international attention.  This insecurity leads us to this present crisis of governance.  The Archons have become enablers of the takeover of the Archdiocese by the Patriarchate which puts its interests ahead of the spiritual needs of the local flock living in the USA.

The backdrop of all the above also includes the building of St Nicholas Shrine at Ground Zero, which turned out to be a one hundred-million-dollar cost overrun billboard project for the Patriarchate and the Greek Orthodox Archdiocese. Also unforeseen is the pandemic that has caused financial difficulties for all the parishes.  We must ask, of what avail is this project?  Will it address the missionary calling of the Church?  In designing a new charter, all participants must read Led By His Love – An Evangelical Pastor’s Journey to the Orthodox Faith by Gordon Thomas Walker.  Will the Shrine exist to address the issues presented in the journey of this pastor?  How can the Patriarchate justify the withdrawal of its invitation to meet with these pastors?  How does their insular and parochial mentality relate to hosting a National Shrine in the USA?

Another must-read for those interested in creating a new charter is the work of Dr. James Counelis written on the 60th Anniversary of the Archdiocese entitled Historical Reflections on the Constitutions of the Greek Orthodox Archdiocese of North and South America 1922-1982.  This work clearly shows how each charter diminished the autonomy of the Archdiocesan Council and took away the voice and participation of the laity in the administrative life of the Church.

Professor Alexander Kitroeff shows in his recent book, The Greek Orthodox Church in America – A Modern History, that the patriarchate embarked on being a transnational Institution and has used the Greek Orthodox Archdiocese to further its agenda.  A new Archbishop is placed here, avoiding the process for selection, as outlined in the imposed charter, to promote this transnational agenda.  Thus, we see the Order of Archons in a recent NY Times ad calling for the U.S. government to intervene and modify the aggressive moves of Turkey around the world.   This has overtones for me of the role of the Catholic Church and specifically, Cardinal Spellman played in getting the USA involved in the War in Vietnam.  It is better to render unto Caesar the things that are Caesar’s and unto God the things that are God’s.

The above background is presented for those working to prepare a new charter and desiring input so that the new charter clearly prevents the Archdiocese from being a lobby for the Greek government and the patriarchate.  The new charter must restore the idea that the purpose of the institutions within the archdiocese is to fulfill the Great Commission of Jesus Christ who established His Church at Pentecost to be a missionary Church and to bring the good news to all people in the geographic area in which its bishops oversee as servant shepherds.  Bishops need to lead the way by empowering the clergy and laity.

PART 2: The Historical Reality – The clergy and laity working together locally in parishes built the Church in America. Renewal of the church requires rebuilding this relationship.
The laity together with the clergy led the way and they were successful.
It’s time to go back to our roots.

The hierarchy and the laity live in different realities.  The early background of the missionary founding and activities of the monks who came to North America, under the guidance of the Russian Patriarchate in 1793 is chronicled by Mark Stokoe and Leonid Kishkovsky in Orthodox Christians in North America 1794-1994.  From the Alaskan Mission to 1922, Orthodox Christianity and the growth and development of the church here were supervised by the Russian Patriarchate which respected the multicultural and multiethnic character of Orthodoxy in America.  Church leaders of all ethnic backgrounds during the early arrival immigrant period including St Tikhon and St Raphael of Brooklyn would agree with the observation made by Ecumenical Patriarch Meletios IV, who served in the USA even before  the 1920s:

“I saw the largest and best of the Orthodox Church in the diaspora (that is, in regions where Orthodox Christians live dispersed from their native lands), and I understood how exalted the name of Orthodoxy could be, especially in the great country of the United States of America, if more than two million Orthodox people there were united into one church organization, an American Orthodox Church.”  Ecumenical Patriarch Meletios IV (Enthronement Speech, February 1922)

I would also include on the study guide reading list for those preparing to develop the charter for the Greek Orthodox Archdiocese Forgotten History: The Klan vs Americans of Hellenic Heritage in an Era of Hate by James S. Scofield, Congressional Record Vol 143 No. 154.  AHEPA was formed in 1922 to help Greek Americans assimilate and integrate into the American mainstream by stressing voting rights and education.   Their struggles and successes are related in the book written by Charles Moskos in his classic study Greek Americans: Struggles and Success.  These two studies are essential reading for those who do not understand how our immigrant forefathers attained the American dream and built up the infrastructure of the churches that make up the Greek Orthodox Archdiocese. They embraced the American ethos and were able not only to gain personal success but to build over 200 churches even before there was an organized Archdiocese.  It is amazing what they accomplished in times of depression with hard work and dedication and focus.  Amazingly, in the early 21st century, the institutions that these immigrants and struggling first- and second-generation folks built are now in bankruptcy led by an Archdiocese overseen by multi-millionaires and billionaires.    Have we lost our focus?   We need to refocus on the horizontal, conciliar, aspects of Church governance that involves the laity rather than on the vertical, clerical, hierarchical aspects that have brought us to this present situation.  Respect for the cultural tradition and ethos of the democratic, constitutional system in which we live combined with our conciliar, horizontal church ethos will lead to spiritual and financial renewal.   Consensus building, stressing listening skills, will serve us better than appointing all of our leadership.

Those interested in developing the charter for the Church in America need to review the work of the Council of Eastern Orthodox Youth Leaders of the Americas (CEOYLA) and the work of the Greek Orthodox Youth of America (GOYA).  Both groups flourished in the 1950s and early 1960s and were established by GI’s returning from the Second World War.   They were progressive and independent lay movements that were impeded by a threatened hierarchy.    They understood the need for Orthodox unity in the USA.  They saw unity as the way to maximize the economic and spiritual resources of the Orthodox faithful.  They had a missionary outlook.

Finally, I would recommend that those interested in creating a meaningful charter for the Greek Orthodox Archdiocese also read or become familiar with Toward An American Orthodox Church The Establishment of an Autocephalous Orthodox Church by Alexander A Bogolepov and  A New Era Begins, edited by George Bedrin and Philip Tamoush, which outlines the proceedings of the 1994 Conference of Orthodox Bishops in Ligonier, Pennsylvania.

With this background and with the realization that we are celebrating the 50th Anniversary of the granting of the Tomos for the Autocephalous Orthodox Church in America, we can begin the work of creating a new charter for the Greek Orthodox Archdiocese.