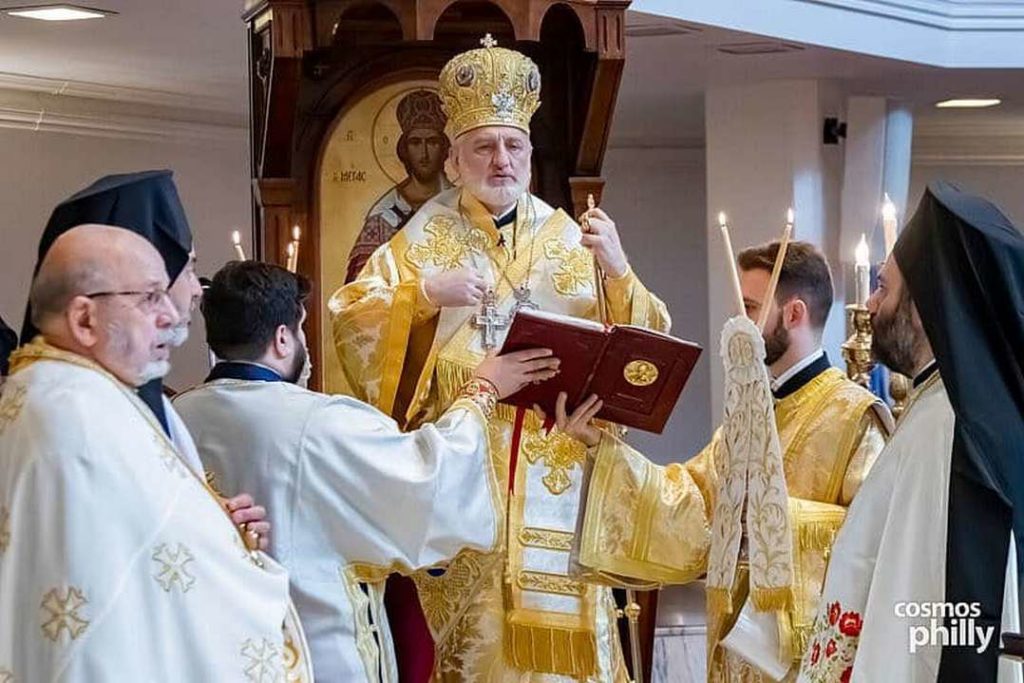 Cherry Hill, NJ – The St. Thomas Greek Orthodox community celebrated their Patron’s feast, Saint Thomas, yesterday as part of their 2 days of liturgy services. His Eminence Archbishop Elpidophoros of America presided over the service on Sunday.

The special day was also marked with the second anniversary of his Eminence becoming the Archbishop of America. Father Christoforos made the announcement and awarded a gift to his Eminence on occasion. Archbishop Elpidophoros of America then made a special announcement about the Archdiocese. Reverend Archimandrite Christoforos Oikonomidis would be elevated to the new position of Chancellor of the Greek Orthodox Metropolis of New Jersey. The announcement brought on cheers and clapping as the two embraced. The details of the new position will be announced at a future date.

At Sunday’s service, his Eminence Archbishop Elpidophoros of America recognized retired St. Thomas priest, Father Steven Vlahos, for his years of service by awarding him a cross made in Constantinople (Istanbul). Father Vlahos arrived in 1971 at St. Thomas, where he was given the position as their first priest. He is still active today. The day concluded with a photo opp.