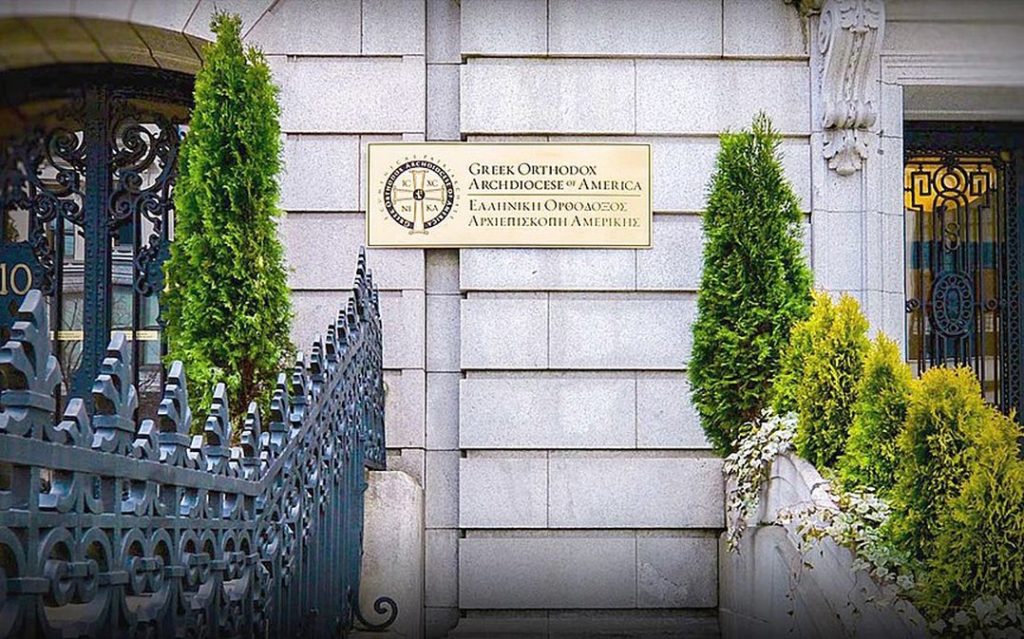 The process of drafting a new charter for the Archdiocese of America has officially begun and is expected to be completed next year, symbolically coinciding with the centennial anniversary of the Archdiocese’s formal establishment.

Over the past 25 years, major structural changes have occurred in the administrative composition of the Church in America. In 1996, the Ecumenical Patriarchate split the onetime Archdiocese of North and South America into four distinct and independent eparchies: Canada, America, Mexico and Central America, and Buenos Aires and South America. In 2003, through the granting of the most recent charter, the Ecumenical Patriarchate restructured the Archdiocese of America’s internal administrative ecclesiastical districts into Metropolises, with local hierarchs being elevated to the status of active Metropolitans.

For most of its history, the Archdiocese was led by one Primate, responsible for the ecclesiastical governance of the entire realm of his jurisdiction, and assisted by auxiliary bishops, who at times bore the title of the city in which they were stationed, and at other times bore the title of ancient, but now defunct sees, once operational in Asia Minor. Since 1996, the auxiliary bishops in the United States seemed to be increasingly pushing for a change to their own status; from auxiliary bishop to metropolitan, with greater administrative control over the Metropolises they were elected to shepherd. The first step was achieved when these bishops were elected as titular metropolitans, while retaining leadership of their diocese. With the charter of 2003, these metropolitans were subsequently given the title of their actual metropolises, solidifying their administrative permanence, while concurrently creating certain jurisdictional questions that seem to have come to a head over the past two years.

Power struggles between the Archbishop and regional bishops/metropolitans is nothing new. In the past, it led then Archbishop Spyridon to butt heads with the Phanar and ultimately resign from his post. The issue seemed to have subsided during the 20-year tenure of Archbishop Demetrios. With the recent change in leadership, the issues of the past have apparently resurfaced and all indications are that the new charter will consolidate power in the position of the Archbishop. Purely speculatively, this may entail the reclassification of Metropolises as Dioceses, the election of the current Metropolises as titular hierarchs, similar to their status in the early 2000s, or even their eventual replacement (following retirement or reassignment) with titular(?) bishops.

Other speculation includes possible incorporation of other ethnic jurisdictions within the Archdiocese, with each being governed by vicariates. While this would signal progress in addressing the ecclesiastical conundrum of multiple jurisdictions and bishops operating in the same city, it would also require resolutions to decades-old issues like the co-existence of different festal calendars, cultural and ethnic issues that are, for better or worse, typically assumed by churches in the Diaspora in the absence of other apparatuses, and the establishment of grassroots cooperation despite decades of relative unwillingness or inability to do so.

Other Orthodox Churches around the world have also undergone restructuring. For example, following its autocephaly, the primate of the Church of Greece bore the title of Metropolitan, with the bishops of dioceses comprising it named Archbishops. This changed after 1923 (90 years after it declared its autocephaly, the first 17 of which were considered uncanonical due to the absence of a Patriarchal Tome granting and recognizing autocephaly). Archbishop Chrysostomos I (1923-1938) was the first to bear the title of ‘Athens and All Greece,’ even though the Church of Greece administratively lacks a true ‘Primate’ and each Metropolitan retains full administrative control over his eparchy. Even today, there are several different jurisdictions operating in Greece, because the ‘new lands’ that were annexed by Greece after 1912 remain under the spiritual jurisdiction of the Phanar and belong to the Church of Greece administratively “for the time being.” The Dodecanese has metropolises directly under the Patriarchate, and the semi-autonomous Church of Crete is also under Constantinople. Mt. Athos, too, retains jurisdictional ties to the Mother Church.

Keeping that in mind, the prospect of immediate multijurisdictional unification is quite a daunting task and may create more issues than it will settle. Still, how do all these imminent changes figure to impact the lives of people in the Greek-American Community in America? The answer seems to be: minimally. If you live outside of the Direct Archdiocesan District, you might notice a change of the name of the hierarch being commemorated. So what?

What’s really lacking – and has been lacking since the inception of the Archdiocese – are the apparatuses with which to handle grass-roots problems threatening the vitality and survival of parish communities, and by extension, the Community at large. Even the larger-than-life personality and organizational brilliance of a figure like the ever-memorable Iakovos couldn’t fill this void alone, and we see this primarily in the failure of our educational institutions (from primary to tertiary levels) to achieve their full potential.

So long as the go-at-it-alone approach prevails and each parish community – and its institutions like schools, etc. – are left to ‘sink or swim’ while burdened with annual taxation (parish dues to the Archdiocese) that is not redistributed or reinvested back in the Community, all the charters in the world won’t do anything – at least for the everyday faithful.

Can the new charter create the groundwork for greater collaboration between parishes and even non-ecclesiastical institutions to support institutions, make Hellenic paideia a valuable commodity for every child (even those outside of ethnic Greek descent), and promote the Orthodox Christian mindset as a counterbalance to Protestantism, materialism, nihilism, and so many other ideologies and trends that are exerting their influence upon our spiritual and cultural identity? If so, wonderful. If not, why all the fuss?

If, in fact, “it takes a village to raise a child,” then it certainly takes an entire Community to support its institutions. This is the true challenge that the new charter must address. Otherwise, there won’t be much left for the subsequent charter to govern.