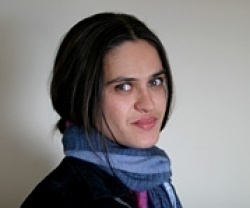 Plagued by wrangling and greed, greatly discredited – this is what Bulgaria’s Orthodox church has come to be in recent years, leaving Christian believers nothing but disturbed.

The disagreements between the clergy and the two churches in the country have been smouldering for years, but exploded beyond belief after the death of Patriarch Maxim.

The battle among the different lobbies inside the official church, legitimized by the old political regime, erupted with a vengeance and even overshadowed their battle with the purported arch enemy – the alternative church set up in protest against the state meddling in religious matters.

None of the bishops who have set their eyes on becoming the new head of the official Christian church have the late Maxim’s virtues – humbleness, patience and willingness to compromise.

But have many of his vices plus immense greed.

The name of the next patriarch is not clear yet, but something long suspected has already become crystal clear.

It may be easier for a camel to go through the eye of a needle than for a rich person to enter the Kingdom of God, but not the Holy Synod!