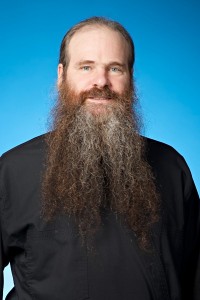 MIAMI LAKES, FL [OCA]  One hundred and nine clergy and lay delegates representing parishes throughout the Orthodox Church in America’s Diocese of the South gathered at Christ the Saviour Cathedral here on Monday, February 16, 2015, for a special Assembly, during which Archimandrite Gerasim [Eliel] was nominated to fill the vacant See of Dallas and the South.

Archimandrite Gerasim [Eliel] received 81 votes on the first ballot—more than the required two-thirds majority—with the remainder of the votes divided between four other candidates.  His name will be submitted to the members of the Holy Synod of Bishops for canonical election at their spring session in March 2015.

His Eminence, Archbishop Nikon, Locum Tenens, celebrated the opening Divine Liturgy and chaired the Assembly.  He also will preside at the diocese’s Pastoral Conference, which will conclude on Thursday, February 19.  Archpriest Dr. Steven Voytovich, Dean of Saint Tikhon’s Seminary, South Canaan, PA, will be the guest speaker.

Since September 2013, Archimandrite Gerasim has served as Rector of Saint Seraphim Cathedral, Dallas, TX.  After his graduation from Saint Vladimir’s Seminary in 2012, for which he served as class valedictorian, he served for one year as Assistant Priest at Holy Virgin Mary Cathedral, Los Angeles, CA.  From 2000 until 2009, he served as Abbot of Saint Herman of Alaska Monastery under the Serbian Orthodox Church.  A detailed biographical sketch is available.