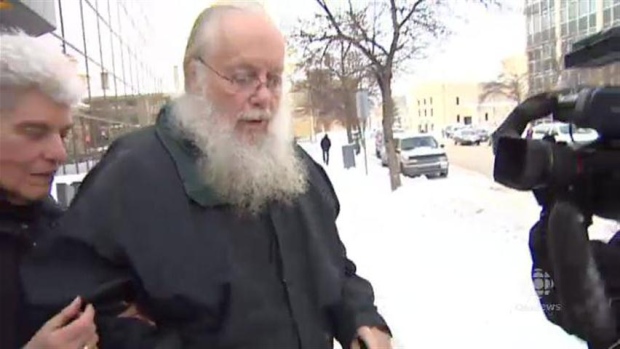 SYOSSET, NY [OCA] – The Holy Synod of Bishops of the Orthodox Church in America has received information regarding Archbishop Seraphim (Storheim), who is on suspension from his position as Archbishop of Canada.

Separately and apart from the court proceedings, Archbishop Seraphim remains suspended, pending completion of reports from a Synodal Commission that was appointed to review the charges from an internal Church perspective.

While this is a sad and stressful matter for all involved, the legal process had to take its course before any administrative action could proceed. While taking an active interest in the criminal proceedings, the OCA is not a party to the criminal action.

The Lesser Synod of Bishops of the Orthodox Church in America, meeting at the OCA Chancery in Oyster Bay Cove, NY, September 21 – 24, 2010, heard an official report that police in Canada had received a complaint alleging misconduct committed by His Eminence, Archbishop Seraphim of Ottawa and Canada some 30 years prior.  He was placed on leave of absence by the Holy Synod of Bishops effective October 1, 2010.

On November 25, 2010, Archbishop Seraphim turned himself in to police authorities in Winnipeg, Manitoba.  After posting bail he was released, pending trial.  On November 30, 2010, the Holy Synod of Bishops changed his status to ‘suspended’ and he remains in that status.

The Synodal Commission has been in communication with civil authorities and has held its investigation in abeyance so as not to interfere with or compromise the judicial process. Now that criminal court judgement has been announced, the Synodal Commission will resume its work and issue a report to the Holy Synod in accordance with the sexual misconduct Policies, Standards and Procedures of the OCA.

The Synodal Commission has had changes in membership since 2010 and is now under the guiding authority of His Grace, Bishop Melchisedek, Bishop of Pittsburgh and Western Pennsylvania, along with His Grace, Bishop Mark, Bishop of Baltimore. Current members are Protopresbyter Mirone Klish, Dr. Lila Amirali, Dr. Thomas Kolivakis, Archpriest Andrew Jarmus and Mr. David Grier. Mr. Robert Koory serves as a consultant on behalf of the Sexual Misconduct Policy Advisory Committee (SMPAC).

The faithful of the Orthodox Church in America are asked to offer prayers for the victim and family involved in this case, for all victims of sexual abuse, for Archbishop Seraphim, for the civil authorities, the Synodal Commission, and for their brothers and sisters in Christ in the Archdiocese of Canada.