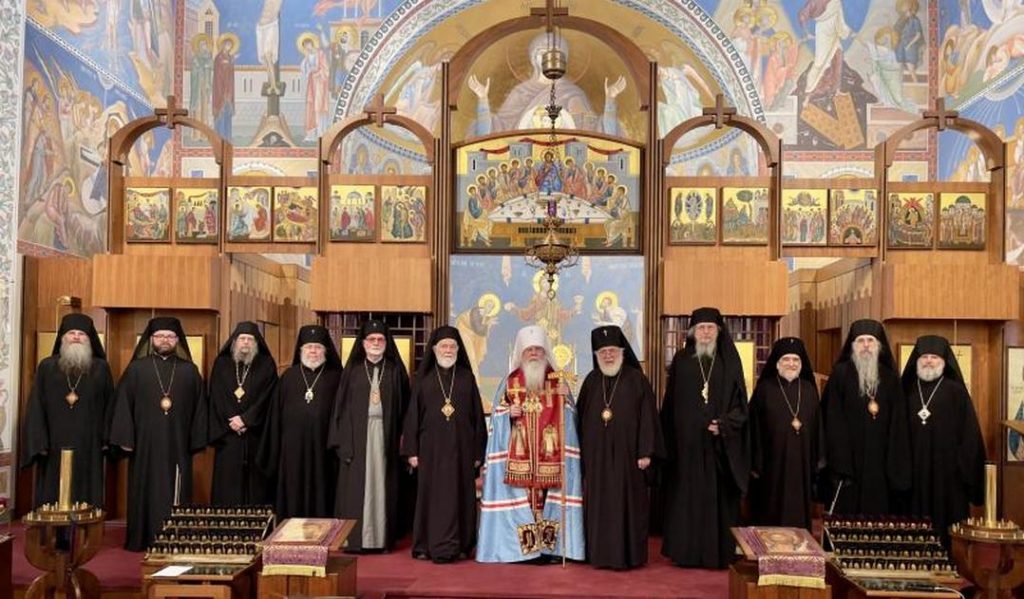 On the evening of Monday the 14th, the Holy Synod hosted a reception inviting the local clergy of the various parishes of the Orthodox Church in America within the greater Washington area.

On Tuesday the 15th His Grace Bishop Alexis was elected as Bishop of Sitka and Alaska. At the same session, and at the request of His Eminence Archbishop Paul who is facing serious health issues, His Beatitude Metropolitan Tikhon informed the Synod that he appointed His Grace Bishop Daniel of Santa Rosa and Auxiliary of the Diocese of the West as administrator of the Diocese of the Midwest for a period of thirty days.

On Wednesday, March 16 the Holy Synod attended the Presanctified Liturgy at Saint Nicholas Cathedral presided by His Grace
Bishop Gerasim. At the conclusion of the service, His Beatitude awarded the Order of Saint Innocent, gold class, upon the Honorable Alex M. Azar II for his many years of service in the public and private sectors, and especially in his efforts against the pandemic.

The Holy Synod also approved the two resolutions of the Metropolitan Council regarding the relocation of the Chancery to Washington, DC and the relocation of the Archives of the Orthodox Church in America. Next June, His Beatitude and Priest Alessandro Margheritino, OCA Secretary, will relocate to the Greater Washington area and set up temporary Chancery offices. The Holy Synod also approved the decision to relocate the Archives to Saint Vladimir’s Orthodox Theological Seminary pending the approval of a contract by the Holy Synod and Metropolitan Council this coming summer. While the Archives will be housed at Saint Vladimir’s, ownership of the archival treasure of the Church will be retained by the Orthodox Church in America.

As usual, during the sessions, the Holy Synod heard reports from His Beatitude, Archpriest Alexander Rentel, Chancellor, Priest Alessandro Margheritino, Secretary, Mr. Andrew Smith, Treasurer. In addition, they heard a Department update from Archpriest Thomas Soroka, an update on the 20th All American Council including a review of the agenda, and reports from the Board of Theological Education, the institutional chaplaincy, and seminaries, among others.