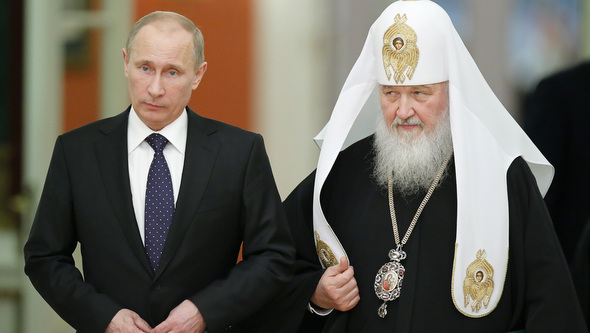 IT IS not every day that a publication of America’s foreign-policy establishment, which generally reflects the liberal sensibilities of think-tanks, law practices and college faculties, publishes a sort of defence of the public role of Russian Orthodoxy. Yet that, with a big qualification, is the position taken by Nadieszda Kizenko, a history professor at the State University of New York, in the latest edition of Foreign Affairs, the journal of the Council on Foreign Relations. The qualification? She is referring not to the church’s top hierarchs, but to a broader community of people, including scholars and public intellectuals.

When the church is in the news, she acknowledges, “the image that comes to mind is of an army of archbishops and abbots…operating in conspiracy with the country’s authoritarian rulers in the Kremlin.” But that is far from the full story because “devout Orthodox Christian journalists, academics and political scientists” were becoming “increasingly assertive as alternative spokespeople for the faith.” Ms Kizenko (who is American-born but of Slavic descent) notes that “women now dominate the rapidly growing field of religious media, which ranges from glossy mass-market magazines to religious bookstores and publishing houses, blogs and social networks, as well as television and movie production studios.” A “burgeoning Orthodox intelligentsia” is challenging both the church hierarchy and by extension the Putin regime, in her view.

Had Ms Kizenko’s commentary been published only a few weeks earlier, it might well also have mentioned Father Pavel Adelheim, a dissident priest and ex-prisoner who incurred the ire of his episcopal masters by criticising the administration of his church. He was one of the few Russian clerics who openly argued that the young women punk-rockers of Pussy Riot,sent to labour camp for a protest in a Moscow cathedral, should simply be freed. But Father Pavel was murdered, apparently by a deranged young man, on August 5th.

In any case the argument Ms Kizenko makes—that the public role of a religion is not reducible to that of its hierachs, or their political partners—has a much wider application. Whatever concordats or tactical alliances may be struck between the earthly masters of a state and its prevailing religion, the convergence of interests is never complete or indefinitely sustainable. And that is partly because a religion, if it has any dynamism at all, can evolve in ways that elites, be they spiritual or secular, find impossible to guide. What makes the phenomenon described by Ms Kizenko unusual is that it involves educated people and intellectuals, something that may limit its effects. When a religion spins “out of control” it is more often because of grass-roots phenomena: local saints or shrines, charismatic preachers or in the modern age, televangelists.

Ms Kizenko’s point—the ultimate impossibility of a perfect or enduring concordat between religion and state—is also worth bearing in mind in other contexts. It is helpful for anyone trying to follow Muslim countries where politicians are playing the Islamic card; or to understand the (hitherto unsuccessful) efforts of the Chinese authorities to co-opt a “tame” form of Tibetan Buddhism; or even to study the politics of independent Ireland in its early, priest-ridden years.

Earthly rulers and regimes that seek to boost their legitimacy by wrapping themselves in spiritual clothing can usually find willing partners in the world of religion. But religion will always be a wild card, because you never quite know where its followers, be they learned or humble, will go. Or to put it in Biblical language, the spirit bloweth where it listeth.