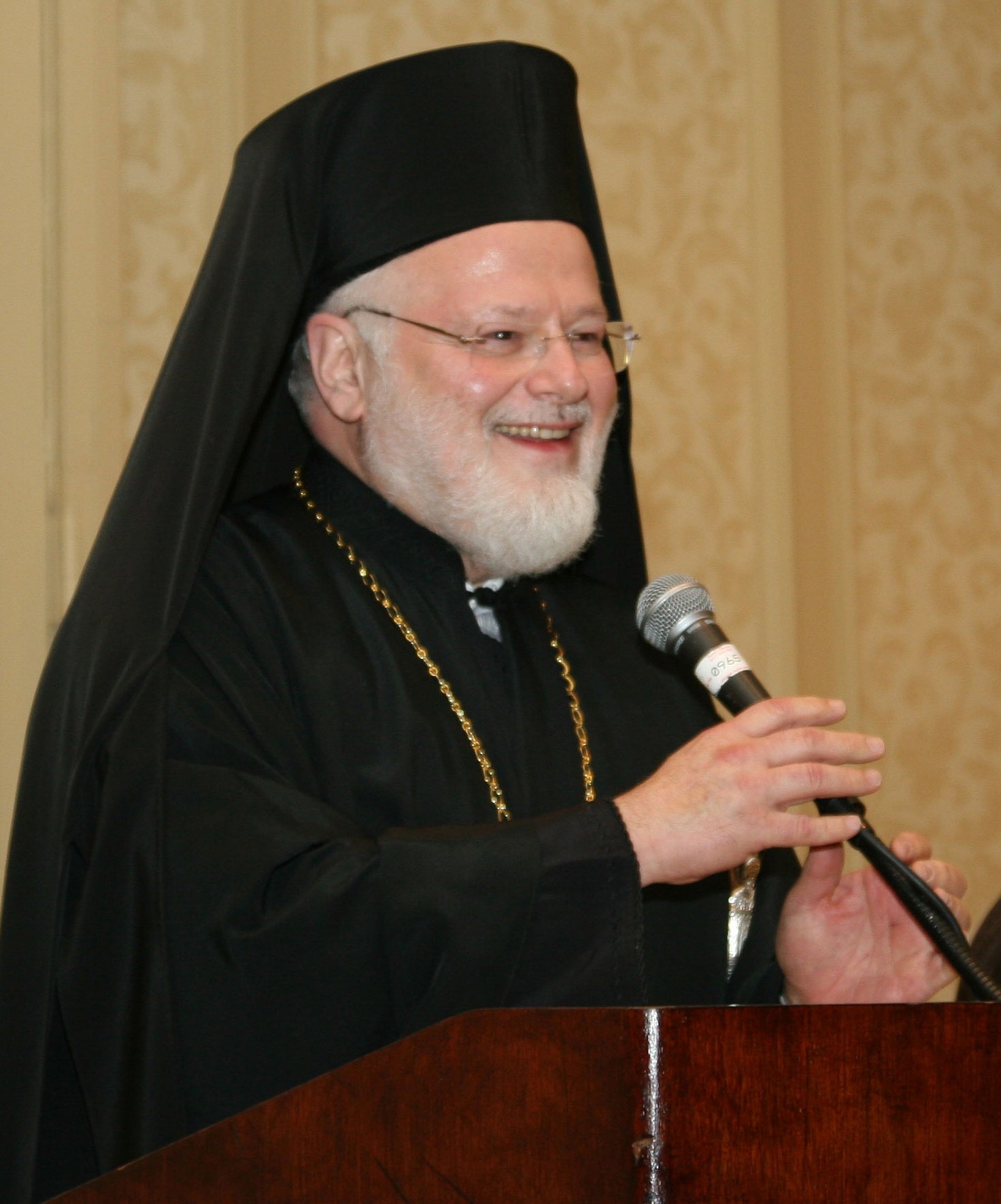 It happens all the time: Church leaders stand at podiums and urge members of their flocks to go and share their faith, striving to win new converts.

These speeches rarely make news, because they are not unusual. But something unusual happened earlier this month in Brookline, Mass.

“You will surely agree that our mission … is to lead our brothers and sisters — both inside and outside the church — to our Lord and Savior Jesus Christ,” said the featured speaker.

“This is becoming more and more difficult because many hesitate to share their faith, fearing they will be considered quaint and bothersome. This is especially the case in America’s colleges and universities where atheism and indifference on matters of faith and religion reign supreme.”

This would be ordinary, if not tame language in a gathering held by Campus Crusade for Christ, the Southern Baptist Convention or any Bible Belt megachurch. But this speaker was Metropolitan Methodios, the white-haired leader of the Greek Orthodox Metropolis of Boston, addressing clergy and laity in a conference center dedicated to Greek culture.

The spiritual leader of Greek Orthodox believers in New England didn’t stop with this call to evangelize people inside and outside his flock’s sanctuaries. Instead, he directly challenged the lukewarm or even compromised version of the faith that may result from the media “bombardment of materialistic and hedonistic philosophies” that shape the public square.

All too often, he said, the result is neither orthodox nor Orthodox.

“People today fashion their personal beliefs by integrating Orthodox and non-Orthodox elements,” he explained, in the speech text posted online. “Without realizing it, they become ‘cafeteria Christians.’ Just as they do not partake of every food item in a cafeteria line — but only those foods which they like — in the same way they feel they can pick and choose from what Orthodoxy teaches. …

“Let me be clear: Core teachings of our faith are not subject to popularity polls or political correctness.”

Metropolitan Methodios even, without mentioning a specific name, criticized a New England legislator who “claims to be an Orthodox Christian” and who “champions Greek political causes” because of his public advocacy of same-sex marriage.

It’s important to note that, through the years, Eastern Orthodox bishops have released occasional public statements in which they affirmed basic tenets of their ancient faith. In some cases they have applied these doctrines to public issues in American life.

For example, the Eastern Orthodox bishops of North and Central America recently released a document that expressed “deep concern over recent actions on the part of our respective governments and certain societal trends concerning the status of marriage in our countries, in particular the legalization of same-sex unions.”

Also, the symbolic leader of the world’s 250 million Orthodox Christians (including me) recently addressed challenges to church teachings on marriage. Ecumenical Patriarch Bartholomew of Istanbul stressed that the “partnering of the same sex is unknown and condemned” in church teachings, along with the “contemporary invention of ‘mutual cohabitation,’ which is the result of sin and not the law of joy.”

These kinds of documents are good, but only carry so much weight, noted Father Johannes Jacobse, head of the American Orthodox Institute in Naples, Fla. It is one thing for bishops to affirm two millennia of church teachings. It is something else for a bishop to openly challenge his people to live by them.

“This is the first time I have heard a Greek Orthodox bishop speak publicly with this kind of clarity and certainty on some of the pressing moral issues of our day,” said Jacobse, who served as a Greek Orthodox priest from 1991 to 2009 and now leads an Antiochian Orthodox parish. In this case, a veteran bishop “just stood up there and SAID IT. There seemed to be no sense of hesitation or fear that someone might think that he sounded like — heaven forbid — an evangelical or a moral conservative or something.”

The bottom line, concluded Metropolitan Methodios, is that clergy and lay leaders must recognize that they need to “re-evangelize, to re-catechize, to re-teach the faith” to their own people, especially those on the margins of church life.

“The truth,” he stressed, “is that many brethren sitting in the pews of our parishes are not knowledgeable of even the basic teachings of Orthodoxy.”

(Terry Mattingly directs the Washington Journalism Center at the Council for Christian Colleges and Universities. Contact him at [email protected] or tmatt.net)