We are spiritual beings. That’s why I joined the millions of people who make some form of religious pilgrimage. 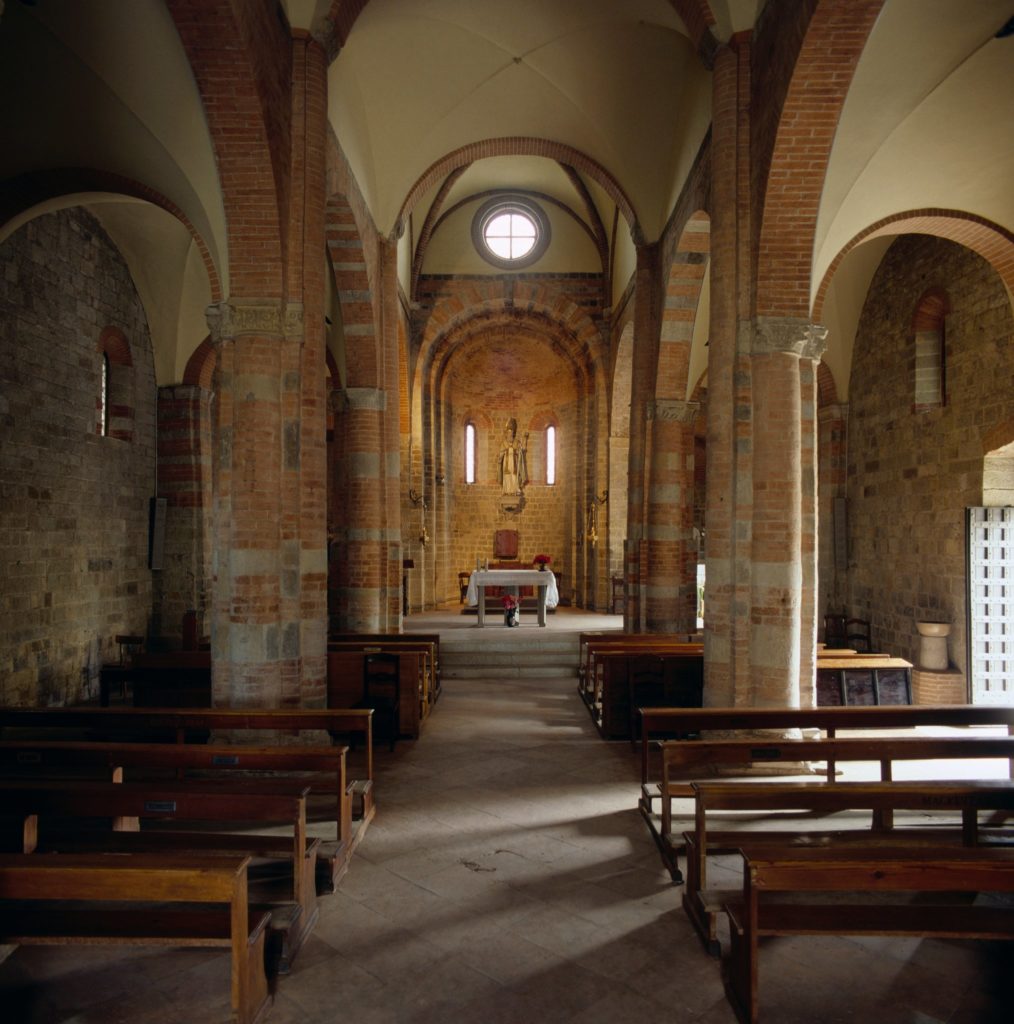 A church in San Gimignano along the Via Francigena in Italy.CreditCreditDeAgostini/Getty Images

Not long ago, I found myself inside a place that claims to be the oldest church in the English-speaking world — St. Martin’s in Canterbury, England, a few steps from the start of the ancient pilgrimage trail of the Via Francigena. It was my first stop on a pathway of more than a thousand miles, a trail from that modest clump of sixth-century stone and brick to the Vatican home of a pope struggling to hold together the world’s 1.3 billion Roman Catholics.

Outside St. Martin’s was a small welcoming sign: “We do not have all the answers. We are on a spiritual journey.” Inside, there were no more than 20 people at a midmorning Sunday service.

At times, we have trouble seeing history as it slowly pivots. But we are at a moment that’s been building for a century. Britain — and much of Europe, the theological cradle of Christianity — has perhaps never been so removed from belief in God. Elsewhere, the world is becoming more religious, and Christianity is growing, robustly so in China and Africa. With 2.2 billion followers, the faith that began as a small Jewish sect is by far the planet’s most popular and diverse religion. But in Europe, where the rules of the spiritual here and hereafter were shaped over centuries of bloodshed, it’s all a shrug.

A woman seized me immediately, sensing a fresh soul.

“Welcome, welcome, welcome!” she exclaimed. She took me forcefully by the arm and guided me to a tray of baked goods. “Would you like a cookie?”

One reason I wanted to follow the Via Francigena, which was first charted in the year 990, was to experience layers of time on consecrated ground. There’s barely a village along the way that has not played host to some life-changing event. Would there come a day when all those shrines and reliquaries would be nothing but Michelin-starred curiosities — left behind, like the great rock faces of Easter Island and Stonehenge?

But I had a deeper motive to get moving, mostly on foot, over that sanctified pathway. While organized religion may be dying in Europe, the pilgrim trails of the Via Francigena, and the better-known Camino de Santiago in Spain, are drawing crowds.

We are spiritual beings. But for many of us, malnutrition of the soul is a plague of modern life. That’s one reason 200 million people worldwide a year make some form of religious pilgrimage.

In the vacuous tumult of the Trump era, I was looking for something durable: a stiff shot of no-nonsense spirituality. I’m a skeptic by profession, an Irish Catholic by baptism, culture and upbringing — lapsed but listening, like half of all Americans of my family’s faith.

But I was no longer comfortable in the squishy middle; it was too easy. I’d come to believe that an agnostic, as the Catholic comedian Stephen Colbert put it, “is just an atheist without any balls.”

One sibling in my family was nearly destroyed by religion. The clergy in our diocese committed a monstrous crime, the scourge of sexual abuse known to many Catholic communities. Another sibling was made whole by religion, after losing a son to murder and finding that no one but God could salve her wounds. There are no clean lines in our clan.

On the trail, I repeatedly heard the term “deep walking.” My fellow pilgrims were an odd assortment of spiritual stragglers of a certain age. But there were also many young people. And for the young, as I heard it described, a pilgrimage is a way to “do” religion.

At a Benedictine monastery in a tiny village in northern France, it was strangely moving to eat dinner in utter silence among a handful of men who’ve shed all material comforts to engage in rigorous daily aerobics of the soul. I missed Wi-Fi, Twitter, emails and endless digital updates, until I didn’t.

At a stopover in Laon, a city of shimmering stone 300 feet above the plains of Picardy in France, I tried to fathom the power of miracles. About 80 percent of Americans believe in them. As a pilgrim, I had to dampen down my doubts, to try to see things in another dimension. “Miracles are not contrary to nature,” as St. Augustine wrote, “but only contrary to what we know about nature.”

I was less moved by one of the high shrines of atheism, in Langres, the hometown of the Enlightenment philosopher Denis Diderot. The town is just one step short of being Diderot Disneyland, which only the French could pull off. But after deep immersion in his beautiful, busy mind, I still felt a bit empty. Religion is story, a narrative about a force much greater than us, enigmatic by nature. Atheism has trouble telling a story.

In the Swiss Alps, a permanent prayer started to honor Maurice, said to be the first black saint, has been recited day after day, year after year, century after century by a rotating band of monks known as the Sleepless Ones. The martyred Maurice, who was from North Africa, is revered. His modern comeback has much to do with the vibrancy and growth of Christianity in Africa at a time when Christianity in Europe is dying off. If present trends hold, within 20 years Africa will have more Catholics than the Continent.

At Great St. Bernard Pass, the high point of the Via Francigena, at 8,114 feet, I was fascinated by a priest of 40 years who still struggled with his faith. “Doubts are allowed by God,” said this man who introduced himself as Father John of Flavigny, a onetime medical student. “It’s a bit like training for sports. If you only ride a bicycle with the wind at your back, that’s not going to help you. You need to ride your bike against the wind.”

The Italian part of the Via Francigena is the most glorious. And it was hard not to be exhilarated by the meld of landscape and spirituality in the Piedmont, Tuscany and Lazio; mysticism grows well in the southern sun.

When I left Canterbury in the spring, I wasn’t sure what I would find on the Via Francigena. No pilgrim ever is. There were moments and days that I could not anticipate, and moments and days when there was clarity on some things.

At trail’s end, following the footsteps of 10 centuries of wanderers, the cynic in me had given way to something else. The history of organized religion — and Christianity’s dark decades of intolerance, cruelty and compromise — is not reassuring. But faith is not so easily dismissed. I took to heart one bit of advice for pilgrims from Pope Francis, the pontiff who claimed the name of a 12th-century pauper and mystic.

Do we “allow ourselves to be amazed?” he said. “Do we let ourselves be surprised?”

The Via Francigena is a trail of ideas. I’d started that trail reading Christopher Hitchens, the atheist and brilliant polemicist — sustenance for my fortress of reason. “We no longer have any need of a God to explain what is no longer mysterious,” he wrote. Yet each mystery explained, as the science-loving Pope Francis would say, builds the case for God. It’s a case I came to understand, to feel it and see it, only after I’d allowed myself to be amazed.

Timothy Egan is a contributing opinion writer and the author of the forthcoming “A Pilgrimage to Eternity: From Canterbury to Rome in Search of a Faith,” from which this essay is adapted.