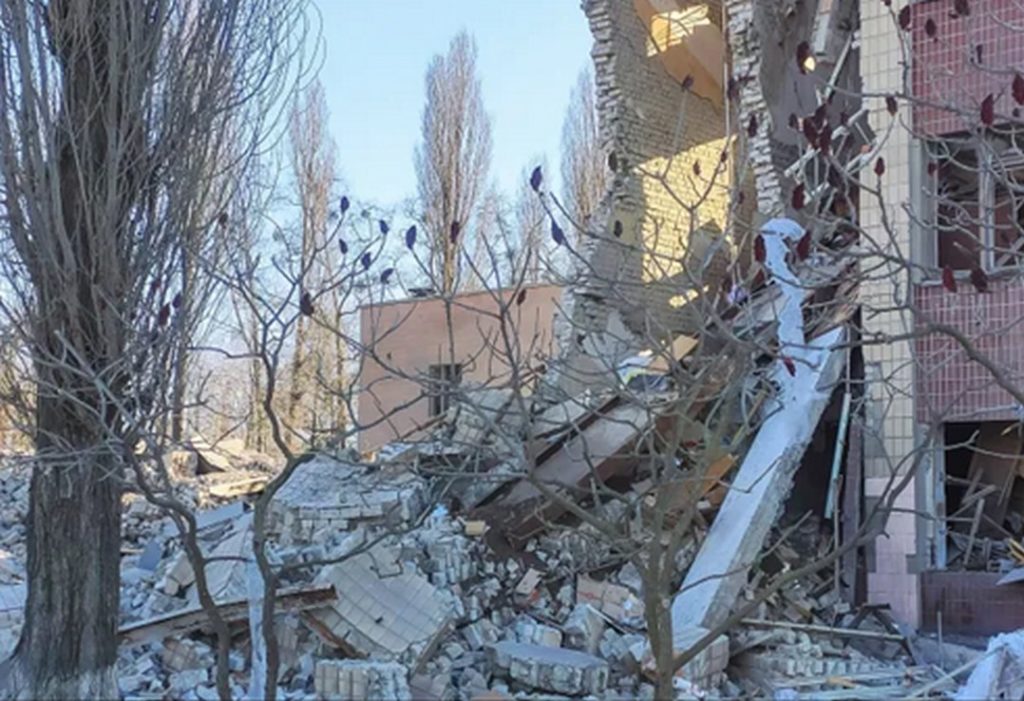 His Beatitude, Metropolitan Tikhon
Members of the Holy Synod of the Orthodox Church in America

We[1] write as painfully concerned, truth–seeking, and truth–committed Orthodox Christians: we are chagrined clergy and lay members of the Orthodox Church in America, who as American citizens value religious and political freedom. Conscience compels us to speak. The unprovoked Russian military invasion and indiscriminate bombardment and levelling of Ukrainian cities have resulted in the violent deaths and maiming of thousands and the dreadful displacement of millions of innocent Ukrainian citizens, among them vulnerable non-combatants: women, children, hospital patients, and the aged. We are perturbed that the episcopal leadership of the Orthodox Church in America has not only refused to identify in a public and straightforward manner but, instead, has chosen to cloak and shield through its silence and platitudes about the evils of war, the two primary and immediate agents responsible for commanding and defending the unjust Russian attack on Ukraine: Vladimir Putin, the President of Russia, who directly ordered the invasion and continuing attacks, and Kirill (Gundyaev), the Patriarch of Moscow and All Rus’, who willingly serves as the chief religious ideologist and propagandist for President Putin.

There are beleaguered and oppressed Russian dissenters who, at great personal cost, repudiate President Putin and Patriarch Kirill’s war against Ukraine. Their heroism speaks for itself but it also should speak to our Holy Synod. There should be no need to demonstrate to our OCA bishops what persons throughout the world—of many different political persuasions but with rightly informed consciences—know: that Russian President Putin bears primary responsibility for the morally unjustifiable Russian invasion and continuing barbaric attacks on Ukraine, and that Moscow Patriarch Kirill willingly defends the viciously aggressive and repressive Putin regime. Now if there really is a need to demonstrate such evident facts, may God help the OCA! For, apparently, no merely human political or theological analysis of these facts will ever suffice to motivate the Holy Synod to speak out in defense of truth and justice! Nonetheless, there is such a theologically precise and convincing demonstration available, which was issued by an international group of Orthodox theologians, churchmen, and intellectuals: “A Declaration on the ‘Russian World’ (Russkii Mir).” The Declaration is a cogent theological refutation and strong condemnation of (what it labels) President Putin and Patriarch Kirill’s “heretical” religious–political ideology.

In the face of such a scathing, international, and intellectually weighty Orthodox theological critique, what morally and spiritually overriding reason is there for the OCA Holy Synod to remain silent—except perhaps a quite this-worldly but, alas, politically realistic fear of an ecclesiastical reprisal from the Russian Orthodox Church? Of course, ecclesiastical Realpolitik can always find convenient reasons for the institutional Church’s deliberate silences, dissimulations, and obfuscations. We are well aware of the arguably complex history and ideological background to the current civil–ecclesiastical conflict in Ukraine. The Russians, indeed, have their geopolitical and cultural “reasons” for invading Ukraine; they are not, however, morally or spiritually sound reasons.

Consequently, we reject, emphatically in this morally compelling instance, where the very existence of the Ukrainian people and culture are at stake, the conventional OCA playbook for ecclesiastical Realpolitik: it is no longer possible or morally plausible for the OCA to search for and try to occupy “a strategic middle ground between the Greeks and Russians.” That outdated, and spiritually vacuous prime directive should not be allowed to dictate and impose a morally fallacious and spiritually bankrupt silence on our bishops regarding the ongoing Ukrainian civil and religious catastrophe. In speaking forthrightly and truthfully about the reality and dire religious and civil consequences of the Ukrainian catastrophe, Ecumenical Patriarch Bartholomew of Constantinople has set the right example for other Orthodox bishops.

For what value is the much contested “Russian autocephaly” of the OCA, if we squander our moral and spiritual integrity as Orthodox Christians and our freedom as Americans? If we lose our actual pastoral and administrative independence, or, more subtly, our own internal freedom and fortitude to make true public judgments about the Church and the World, then the OCA will have become, what some critics charge that it already appears to be, “merely the Russian Orthodox Church in English translation.”  If this dolorous appearance really is the OCA, then we are no longer an ally of a “persecuted Church” but an enabler of a “persecuting Church.”

The deliberate silence and obfuscations of the Holy Synod and the actions as well as pronouncements of certain prominent ecclesiastics in the OCA, who astonishingly fantasize that President Putin and Patriarch Kirill can “rectify the decadent West,” make us fear that the critics of the OCA could certainly be correct. The simple truth is that how we appear to others projects how we actually are for ourselves. How does the apparently fixed decision of the Holy Synod not to name the two public agents most responsible for commanding and defending the Russian invasion of Ukraine make the OCA appear to the Ukrainian and other Orthodox Churches as well as to our own congregations? Certainly many in our own congregations, in other Orthodox Churches, and in the larger Christian and Orthodox worlds will judge the Holy Synod’s decision to maintain silence to be morally pusillanimous and self-serving; undoubtedly it will bring some considerable but, tragically, deserved measure of moral shame and opprobrium on the OCA.

Although the final outcome of the Russian invasion of Ukraine remains to be determined, events are moving rapidly. We are forced to wonder how might the members of the Holy Synod, when brought before the inevitable Courts of History and Public Opinion, morally justify their decision to remain silent. It is even possible that someday they could be called to testify before a more severe court, one whose formation anyway has already been advocated: a Nuremberg–like trial held by an “International Tribunal for Exposing the War Crimes of the Moscow Patriarchate against Ukraine.” However improbable it might be for such an International Tribunal to be held, we can inquire, nonetheless, to what morally credible self-exculpation would the members of our Holy Synod—if ever required to testify before that kind of tribunal—appeal?

For these many reasons, we respectfully ask that His Beatitude, Metropolitan Tikhon and the other bishops of the Holy Synod of the Orthodox Church in America reconsider their decision and issue a public statement to the effect that:

“The Holy Synod of the Orthodox Church in America unequivocally condemns the unjust and violent Russian military invasion of the internationally recognized, sovereign state of Ukraine and the morally unjustifiable bombardment of innocent Ukrainian civilians and the continued devastation of Ukrainian cities, ordered by the President of Russia, Vladimir Putin. Furthermore, the Holy Synod of the Orthodox Church in America deplores and rejects as immoral and heterodox any utilization of, especially by the Patriarch and Episcopate of the Russian Orthodox Church, a pseudo–Christian, religious ideology to justify a morally intolerable invasion and spiritually fratricidal attack on Ukraine. Finally, the Holy Synod of the Orthodox Church in America directs the Administration of St. Vladimir’s Orthodox Seminary to return any and all monies or financial grants or endowments or emoluments (institutional or personal) already received or promised, publicly or otherwise, from the Russian Orthodox Church, or the Russian Government, or Russian civil or ecclesiastical foundations, or Russian financial agents.”

[1] Under the dire present circumstances, I have decided to submit this communication as a public rather than a private letter. In writing it, I consulted extensively with five senior OCA priests, and three lay people. Each of the latter has had extensive legal or government experience. The eight people with whom I consulted have carefully examined this letter; they concur with the letter as it now stands, and have approved and urged its publication. Although I am the primary and only publicly identified author of this letter, I continue to use the plural “we” in order to acknowledge the eight persons who have significantly contributed to its production. Prudence dictates that the responsibility for it falls solely on my head.