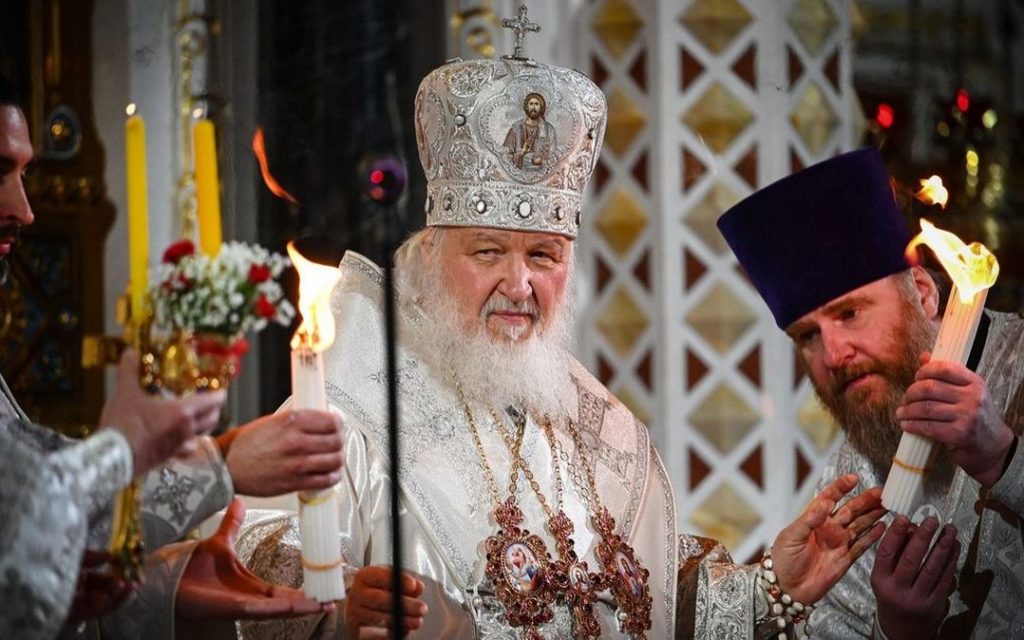 The Orthodox Church of Ukraine has called on patriarch Bartholomew to condemn Moscow patriarch Kirill for supporting the Russian invasion of Ukraine.

With the approval of the synod of his bishops, Metropolitan Epiphanius wrote a letter to the head of world orthodoxy, the patriarch of Constantinople, to condemn Kirill for heresy and schism.

The letter, available to the Catholic German daily Die Tagespost, reads that the patriarch should “review and condemn at a pan-Orthodox level the activities of the Moscow Patriarch Kirill Gundyaev and the ethnophyletic and racist doctrine of the Russian world”. Epiphanius accuses the Moscow Patriarch of “almost complete indifference to theological questions”. Instead, Cyril turned his attention to geopolitical issues. He subscribed to the “Russian World” doctrine, a “nationalist, ethnophyletic theory about the special role of the Russian nation and state in the world and in the Church.”

According to Epiphanius, this ideology is not only a threat to Ukraine but to the entire Orthodox world. The universal church must respond appropriately to the challenges emanating from “the paganized Russian orthodoxy.” Epiphany demands that the activities of Patriarch Kirill be checked for signs of schism “to bring the Moscow Patriarch to canonical responsibility”.

The Ukrainian news website <a href=” NV” target=”_blank”>https://nv.ua/ukr/ukraine/events/pcu-zaklikala-patriarha-varfolomiya-pozbaviti-kirila-prestolu-ostanni-novini-50259375.html) reports that the OCU further stated that “all the actions of Patriarch Kirill since at least 2018 have a specific political goal — to radically increase the presence of the Russian Orthodox Church outside of Russia and to impose the hegemony and dictates of the Moscow Patriarch on the Orthodox world.”

After the start of Russia’s full-scale war against Ukraine, the head of the Russian Orthodox Church, Patriarch Kirill, supported Russia’s aggression and blessed the Russian military to kill Ukrainians. In April, during a service in the temple of the armed forces of the Russian Federation, Kirill praised Russian soldiers and questioned the independence of Ukraine.

In response, hundreds of UOC (MP) priests called for Kirill to be brought before a church <a href=” tribunal” target=”_blank”>https://cne.news/artikel/1297-ukrainian-priests-file-lawsuit-against-their-own-patriarch-from-moscow) because of his stance on the war in Ukraine. In April, the clergy collected more than 400 signatures under the corresponding appeal.