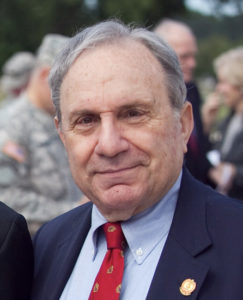 Within seventeen days, September 24 to October 11, 2020, OCL lost two extraordinary individuals who served on the OCL Advisory Board.  Former Mayor and Lt. Colonel, Robert Stephen Poydasheff, of Columbus, Georgia, and Anthony Kasmer of Newtown, Pennsylvania, both 90 years old.  They were larger-than-life personalities. They were accomplished and successful professionals.  Bob was a distinguished JAG and civilian attorney, and Tony was a successful entrepreneur in the plastics industry and founder of Tri-Life Plastics and LTL Color Compounders.   They were street smart and wise.  Bob was born in the Bronx and Tony in Philadelphia almost a century ago.  They are survived by their spouses.  Bob was married to Stacy for 66 years and Tony to Ann for 60 years.   Their children and grandchildren and other relatives and friends will keep their memories alive, and time will help them understand and appreciate the enormous and positive contributions they made to our community and Church. 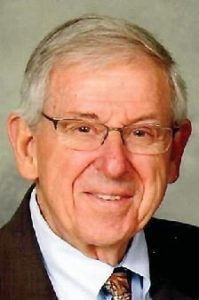 Both Bob and Tony were passionate about the Orthodox Christian Church in the United States.  They were outstanding churchmen.  Tony devoted many years to building up St. Vladimir’s Theological Seminary and was an active trustee.   Mrs. Poydasheff’ s family, the Latto family, from South Carolina and her extended family in Savannah, Georgia, were founding supporters of Orthodox Christian Laity.

Bob and Tony contributed their time, talent, and resources to OCL as advisory board members, serving on the board for two decades.  They both hosted board meetings and provided clear and direct advice on the issues related to overcoming the jurisdictional divisions that impede the mission of the Church.  They were outspoken advocates of Orthodox Christian Unity in the United States.  OCL will continue to remember their advice and example as it continues to advocate for unity, transparency, and accountability.

May their memories be eternal!