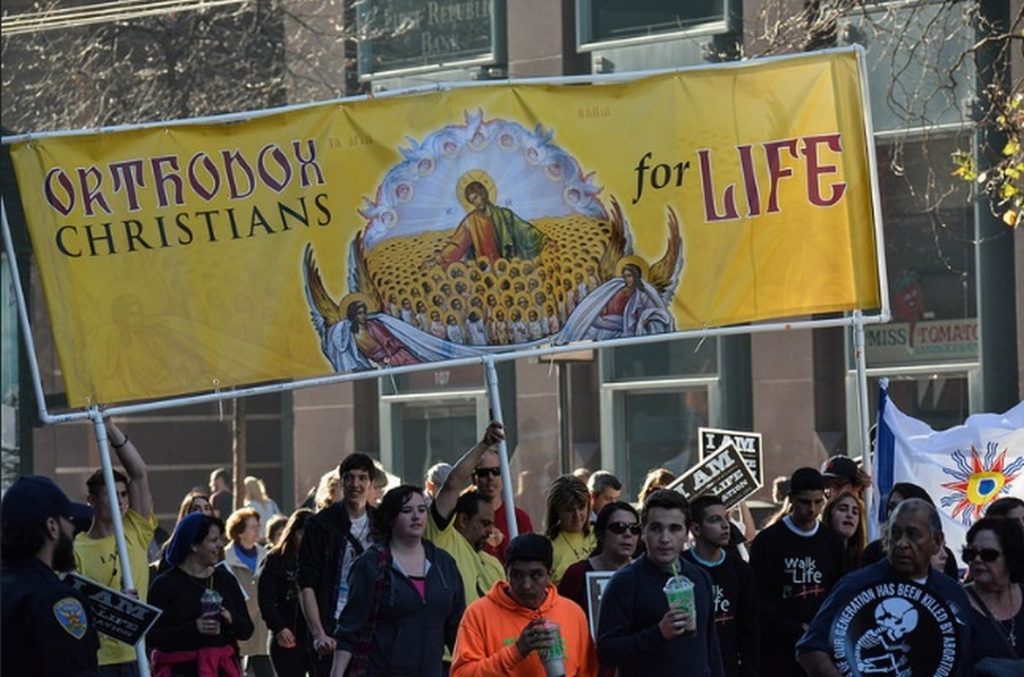 A month ago, Orthodox Christians for Life (OCLife) was restored by new leadership after many years of inactivity. The group was originally founded in 1986, but fell dormant in the early 2000s. OCLife has now obtained 501(c)(3) nonprofit status and will once again bring a unified Orthodox Christian voice to the pro-life movement, with Emily Wilkinson serving as President and Executive Director.

After the announcement of OCLife’s revival, an attempt was made to establish a local group New York City, which has been fully supported by His Eminence Archbishop Michael of New York and New Jersey of the Orthodox Church of America. Vladyka Michael has been supporting Orthodox involvement in the protection of babies’ lives since the very first day of his priestly ministry, and OCLife is currently working on the detailed action program that will be submitted to His Eminence after the Old Calendar feast of Theophany.

Anyone can help their parish maintain an atmosphere of love and support for parishioners who become pregnant. It’s no secret that women in Christian communities who become pregnant outside of wedlock (and their partners) often fear shame, condemnation, or rejection, and face a greater temptation to use abortion to cover up their sin, thereby committing a far worse sin. To eliminate the risk of abortions being obtained by Orthodox women, OCLife offers its assistance through raising awareness of the free services offered by pregnancy resource centers and forming a supportive network prepared to provide material, emotional, and spiritual support for any parishioner in an out-of-wedlock or crisis pregnancy.

“We are very excited to begin cultivating an Orthodox pro-life ethic,” said Emily Wilkinson. “Just as we heed Christ’s call to serve other vulnerable populations, we should be supporting women in crisis pregnancies and their children. And that is one of the reasons OCLife ministries are greatly needed in our parishes: The Orthodox community is largely unengaged in this vital realm of Christian charity.”

In her interview on Ancient Faith Radio, Emily Wilkinson asserted, “There’s a very real fight taking place in your town, that babies are being killed, in your town, down your street. They’re being ripped into pieces or poisoned, and hundreds of women every day are making a choice that will probably haunt them for the rest of their lives.”

The OCLife President continued with questions which should encourage everyone to act: “How can you change the culture in your town? How can you help end abortion in your own community?”

OCLife invites Orthodox Christians nationwide to get in touch.

·      To support post-abortive women,​ receiving those who personally reach out to the ministry with love and support, while promoting Orthodox post-abortion healing resources as they are made available in the future.

·      To increase integrated education and awareness about abortion and response issues, whether through guest speakers, discussions with the young adult group, prayer services for an end to abortion, or other activities, while incorporating sanctity of life education into Sunday School curricula to teach children about the inherent dignity and worth of each human life.

·      To engage parishioners in community-wide pro-life efforts and charity work, partnering with community organizations for the common goal of supporting women and men at-risk for abortion and ending abortion in the community.

OCLife also reminds that every January, Orthodox Christians join thousands of people in Washington, D.C. and other cities around the country to commemorate the 1973 Supreme Court decision Roe v. Wade that legalized abortion.

Contact OCLife if you’d like to participate or become an Orthodox liaison for a pro-life march near you.