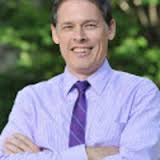 One of the cornerstones of Orthodox Christianity is its reverence for the great Fathers of the Church who were not only exemplars of holiness but were also the greatest intellectuals of their age.  The writings of men like St. Basil the Great, St. Gregory the Theologian, and St. Maximos the Confessor have been and will always remain essential guides to Orthodox Christian living and Orthodox Christian faith.

Thus it is alarming that so many Orthodox clerics and monks in recent years have made public statements that reflect a “fundamentalist” approach to the Church Fathers.  And unless leaders of the Orthodox Church unite to repudiate this development, the entire Orthodox Church is at risk of being hijacked by extremists.

Like other fundamentalist movements, Orthodox fundamentalism reduces all theological teaching to a subset of theological axioms and then measures the worthiness of others according to them.  Typically, this manifests itself in accusations that individuals, institutions, or entire branches of the Orthodox Church fail to meet the self-prescribed standard for Orthodox teaching.  For example, when the Theological Academy of Volos recently convened an international conference to examine the role of the Fathers in the modern Church, radical opportunists in the Church of Greece accused it and its bishop of heresy.

The key intellectual error in Orthodox fundamentalism lies in the presupposition that the Church Fathers agreed on all theological and ethical matters.  That miscalculation, no doubt, is related to another equally flawed assumption that Orthodox theology has never changed—clearly it has or else there would have been no need for the Fathers to build consensus at successive Ecumenical Councils.

Indeed, a careful reading of Christian history and theology makes clear that some of the most influential saints of the Church disagreed with one another—at times quite bitterly. St. Peter and St. Paul were at odds over circumcision.  St. Basil and St. Gregory the Theologian clashed over the best way to recognize the divinity of Holy Spirit.  And St. John Damascene, who lived in a monastery in the Islamic Caliphate, abandoned the hymnographical tradition that preceded him in order to develop a new one that spoke to the needs of his community.

It is important to understand that Orthodox fundamentalists reinforce their reductionist reading of the Church Fathers with additional falsehoods.  One of the most frequently espoused is the claim that the monastic community has always been the guardian of Orthodox teaching.  Another insists that the Fathers were anti-intellectual.  And a third demands that adherence to the teachings of the Fathers necessitates that one resist all things Western.  Each of these assertions is patently false for specific reasons, but they are all symptomatic of an ideological masquerade that purports to escape the modern world.

The insidious danger of Orthodox fundamentalists is that they obfuscate the difference between tradition and fundamentalism.  By repurposing the tradition as a political weapon, the ideologue deceives those who are not inclined to question the credibility of their religious leaders.

In an age when so many young people are opting out of religious affiliation altogether, the expansion of fundamentalist ideology into ordinary parishes is leading to a situation where our children are choosing between religious extremism or no religion at all.

It is time for Orthodox hierarchs and lay leaders to proclaim broadly that the endearing relevance of the Church Fathers does not lie in the slavish adherence to a fossilized set of propositions used in self-promotion.  The significance of the Fathers lies in their earnest and soul-wrenching quest to seek God and to share Him with the world.  Fundamentalist readings of both the Fathers and the Bible never lead to God—they only lead to idolatry.