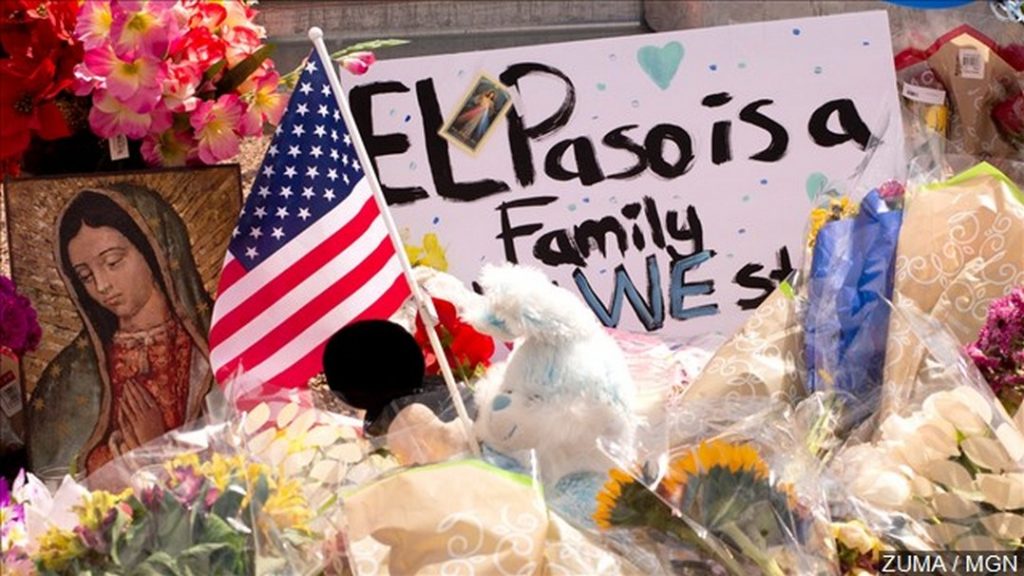 A number of Orthodox hierarchs from America and beyond have offered their condolences in the wake of the three deadly shootings that left more than 30 dead and dozens more injured in the span of a week:

His All-Holiness Patriarch Bartholomew of Constantinople:

His All-Holiness strongly condemns every act of hatred – racial, religious or social, and also any form of violence and fundamentalism, wherever they come from. Hate and violence, he points out, cause a great deal of pain and fear, and are sometimes the cause of further acts of violence in the form of revenge. In the face of this soaring, dangerous and bloody phenomenon, he notes, every good-natured person must display strong spiritual resistance. He calls on everyone to work, through dialogue and in a spirit of mutual respect, to preserve the good of peaceful coexistence and cooperation, against practices that reinforce fear and the division of society.

The Holy Great Church of Christ, in fidelity to the teaching of our Lord, is making tireless efforts in this direction. She prays for the repose of the souls of the victims, expressing her heartfelt condolences to their families, and prays for courage and speedy recovery to the injured. At the same time, our Church expresses sympathy and support to the local community of El Paso as well as that of Dayton, and to the government and the people of the United States.

His Holiness Patriarch Kirill of Moscow and All Russia:

Pat. Kirill wrote a letter of condolence to President Trump:

It is with pain of hear that I received the news of the death and injury of civilians as a result of shootings in three cities of America.

In these difficult days for the American people, I offer my condolences to all those affected by grief. I hope that everything possible will be done in the future to prevent the recurrence of such tragedies in the future.

May the merciful Lord strengthen the hands of the doctors fighting for the life and health of those suffering and grant speedy recovery to the wounded and comfort to the relatives and friends of those who died.

We entreat our all merciful Lord to send his mercy on the victims and their families, on the first responders, on all who have suffered because of gun violence, wherever that may be.

I reiterate the message I wrote to President Trump last February: With increasing frequency we are confronted in our cities, towns, and neighborhoods by evil, conflict, sorrow, ignominy, and death. As Orthodox Christians, we understand that these are realities of human existence, and our communities are committed to maintaining the sanctity of all life through our efforts to reach out and minister to all, to bring healing, and to instill peace. But we also require the active contribution of our civil authorities in stemming the onslaught of tragedy that faces our nation.

May our Lord Jesus Christ continue to look favorably upon prayers and grant His peace and wisdom to all who struggle to make sense of the world in which we live. Lord have mercy.

His Eminence Metropolitan Nicolae, Romanian Orthodox Metropolia of the Americas:

The clergy and faithful of the Romanian Orthodox Metropolia of the Americas express solidarity as we mourn the loss of innocent lives in the tragic events in El Paso, Texas, and Dayton, Ohio.

We pray for the repose of the souls of those who have passed to the Lord in this tragic way, for speedy recovery of the injured, and for all the families affected by these tragedies. At this time, it is proper to pray to Christ the Lord, who was transfigured on Mount Tabor, to show His Divine Light and comfort the souls of those who have suffered!

We ask for the intercession of the Mother of God, as we continue the Dormition Fast, to offer help and protection to the victims of this violence!

His Eminence Metropolitan Joseph received the news of the most recent mass shootings in El Paso, Texas and Dayton, Ohio, on the heels of the shooting in Gilroy, California, while making pastoral visits to the Diocese of Los Angeles and the West. His Eminence strongly condemns these evil acts of violence against innocent people and offers the prayers of the Antiochian Orthodox faithful for the repose of the souls of all the slain and for the comfort and healing of all of the victims as well as the families, loved ones, and communities affected by these tragedies.

As we continue our time of fasting and repentance during these holy days of the Dormition Fast, His Eminence calls on us to offer increased fervent prayers to the Theotokos.​ As one who suffered the unjust murder of her innocent Son, we ask her to offer her help in a special way to the victims of this unjust violence. As one who is our protectress, we ask her to shelter all under her protecting veil. As one who softens evil hearts, we ask her to heal all of the anger and divisiveness we see tearing apart our society.

His Eminence also offers his support to the federal, state, and local authorities of our country as they work to respond appropriately to these horrendous acts. ​​​

Referring to the shootings in El Paso, Abp. Elpidophoros wrote on Twitter: “Our hearts are in pain. I ask all the faifthful to join me in lifting up our prayers for the innocent victims and their families and the El Paso, TX community in the aftermath of another senseless and horrific mass shooting.”

After the second shooting in Dayton, Ohio: “Must our hearts break -yet again- so soon with two senseless shootings in 24 Hours? Join me in lighting a candle this morning for these innocent victims and for the people of El Paso, Texas and Dayton, Ohio.”

Met. Pavel wrote a letter of condolence to Jennifer Moore, the American Chargé d’affaires in Belarus:

I hope for a prompt and fair investigation of the atrocities. May the merciful Lord receive the souls of the departed with love, strengthen the spiritual forces of their relatives and friends, and grant speedy recovery to the wounded. We pray to the All-Merciful Lord that such tragedies may never happen again on our planet Earth and to the people of the United States of America, so close to my heart.