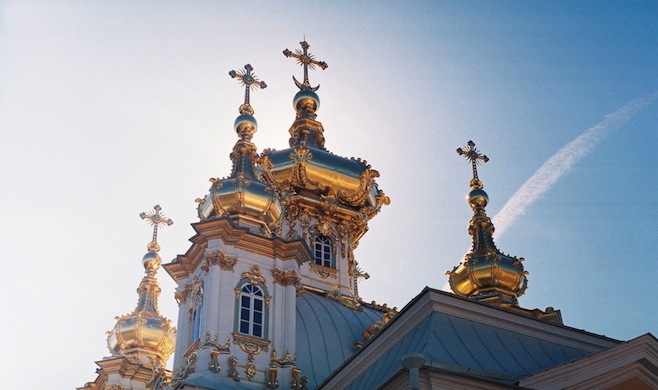 Avpole / Wikicommons
Priests from the Moscow-based Orthodox Church have threatened to seize property belonging to a rival denomination in Crimea.

Priests from the Moscow-based Orthodox Church accompanied by armed men have threatened to seize property belonging to a rival church denomination in the Crimea after the peninsula completes its accession to Russia, a Ukrainian prelate said.

In one recent case, a Moscow Patriarchate priest from the Black Sea port of Sevastopol arrived at the Crimean village of Perevalnoye with an entourage of armed men and demanded to see documentation of property belonging to the Kiev Patriarchate there, Crimea’s Archbishop Kliment told Ukraine’s Channel 5 television.

The men “started to take inventory of our property and warned that as soon as Ukrainian servicemen leave Perevalnoye, the church on the territory of the military base will belong to the Moscow patriarchate,” he said.

There is also the Ukrainian Autocephalous Orthodox Church, which the other canonical Orthodox churches refuse to recognize.