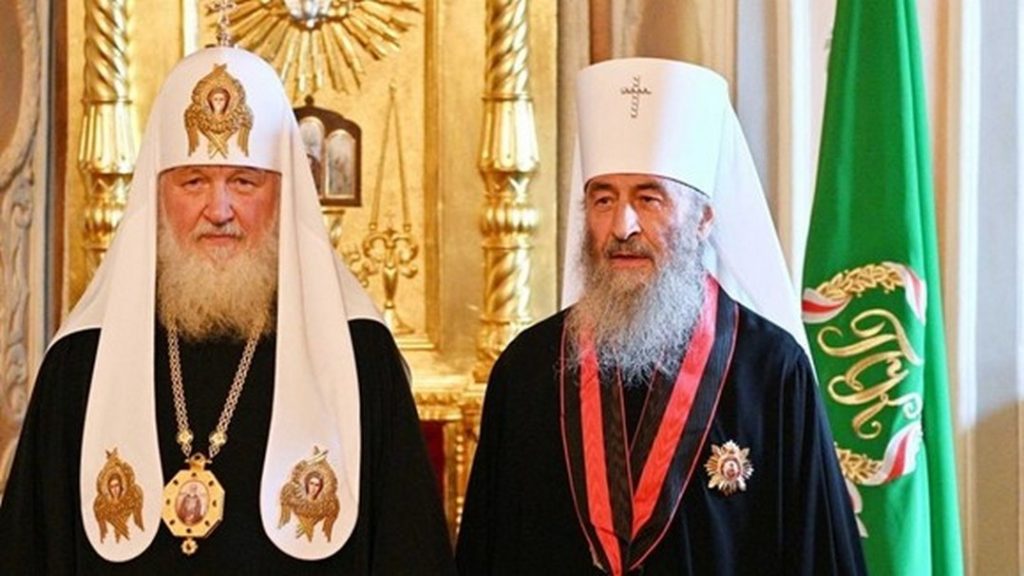 Patriarch Kirill of Moscow and Metropolitan Onufriy, Primate of the Ukrainian Orthodox Church of the Moscow Patriarchate, visit Amman in 2019. Credit: RISU.

First, it is not yet Easter for most Christians living in Ukraine, where the Battle of Donbas is raging in the east, and in the west, the city of Lviv saw its first missile-strike casualties on Monday.

Ukraine has defended Kyiv and the fighting has shifted, but the war is far from over.

Amid the humanitarian and social crisis that will envelop Ukraine from years to come, there has also occasioned a serious ecclesiastical crisis for the 70% of Ukrainians who are Orthodox Christians.

Orthodoxy in Ukraine has two hierarchies, and two sets of dioceses and parishes: one subject to the jurisdiction of Moscow, and one recognized by most Orthodox patriarchs as independent, or autocephalous. But the parishes and dioceses of the Ukrainian Orthodox Church of Moscow Patriarchate are beginning to separate themselves from Moscow’s Patriarch Kirill — in fact more than 400 of its priests say that Kirill should be tried for heresy.

The fracturing of Orthodox jurisdictions in Ukraine leaves a lot of things in flux, and it is not clear what jurisdictions, hierarchies, and Orthodox institutions will be left in place when the fog of war begins to clear, especially because any effort to unify the strains of Orthodoxy in Ukraine will have to figure out what to do with an excess of diocesan bishops, few of whom will be keen to simply merge their sees with someone else’s.

The Pillar’s Anatolii Babynskyi talked this week with Orthodox clerics and theologians on all sides of the crisis — and if you want to understand the situation, there is no one more important to read than Anatolii, who is talking with the decision-makers on the ground, and those impacted by their decisions.

Babynskyi’s report also offers some insight into the ecclesiology of Orthodoxy, and some underlying theological differences:

​​“We see civilians being killed, children and women being killed, and in Moscow the patriarch blesses all this with the icon of the Mother of God, but our bishops are not reacting to this,” Abbot Job Olshanskyi said.

The abbot said his vision of Orthodoxy was formed outside Ukraine, when he was a monk on the holy Mount Athos in Greece. It was deprived of the ideological influence he said occurs in the Russian Church.

“After the transition, it turned out that the people I had been with for many years looked at some ecclesiological issues differently than I did. For them, the Church is a structure – you belong to this denomination, and you must remain faithful to it. But for me, fidelity to the Church is fidelity to Christ and its fundamental dogmatic principles,” Olshanskyi told The Pillar.

Most Ukrainians – Orthodox and Catholic – will celebrate Easter on this upcoming Sunday, April 24, as will Orthodox Christians around the world, along with some Eastern Catholics.

If you’re wondering why there are two dates for Easter, The Pillar published a great explainer in 2021, which you should check out. You can find it right here.