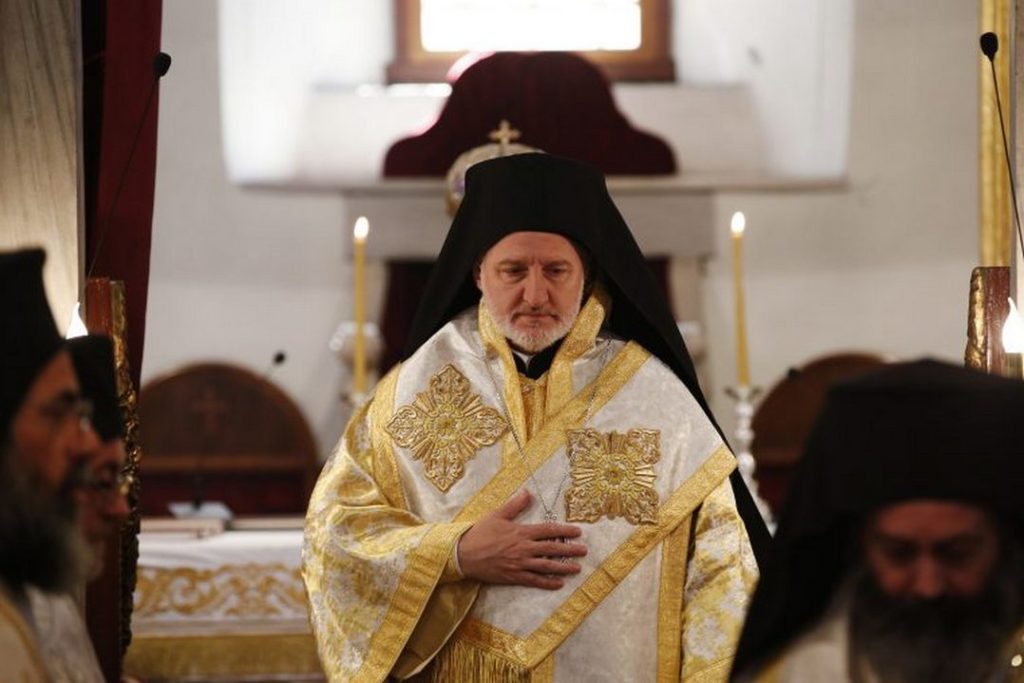 Our Church has a new Archbishop!

First, because they herald – usually – tenures of considerable length. For example, Iakovos served as Archbishop for 37 years and Demetrios for 20. And, second, because the role that an Archbishop plays in the life of our Church and our community is important.

And it is important both when it is positive and when it is negative.

When an Archbishop plays a positive role, he acts as the hand of God and of History:

And as we all know, the problems in our Church are substantial. They have taken on unprecedented magnitude.

So our new Archbishop will need to feel a great love and faith in his flock.

And he must make excellent personnel choices, be dynamic, and work very hard. Metropolitan Elpidophoros has these basic qualifications. That’s why it brings us hope – which is what his name means – after a very difficult period.

At the age of 52 – Iakovos was 49 when he was enthroned – Metropolitan Elpidophoros has already achieved a great deal…as a clergyman, as an academic, and as an effective and productive official. For example, the work he has done at the Halki Seminary has made an impact.

In the ‘Praktorikos’ column, which was prominently featured on the first page of our Greek language weekend edition – published before the election of the new Archbishop was held – I wrote about the Ecumenical Patriarch:
“Today he has the chance – probably his last – to oversee the election of an Archbishop whose election can insure the preservation of the Archdiocese of America and safeguard the Patriarch’s legacy. It is his chance to demonstrate that he has realized what has happened in the Church in America. But, above all, to realize why it has happened.”

By appointing Metropolitan Elpidophoros, Ecumenical Patriarch Bartholomew made the best choice he could have among the candidates at his disposal.

And we believe that Archbishop Elpidophoros, with a successful term of office, will vindicate the Patriarch and secure his legacy.

We welcome our new Archbishop, congratulate him, and exclaim: Axios – he is worthy!