[ditty_news_ticker id="27897"] Ownership by All, Control by None: A plan for a governing structure of the world-wide Orthodox Church - Orthodox Christian Laity 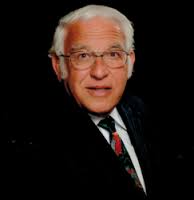 At the dinner following the 33rd Annual Schmemann Lecture at St. Vladimir’s Orthodox Seminary, Dr. Charles Ajalat, the former chancellor for the Antiochian Archdiocese and the co-founder of International Orthodox Christian Charities, presented a plan for a governing structure of the world wide Orthodox Church. Also see transcript below. Earlier in the evening, Dr. Ajalat received an honorary doctorate in Canon Law. Here he is with his January 31, 2016, proposal.

Ownership by All, Control by None
Your Beatitude, Your Graces, reverend clergy, Fr. Dn. John, beloved Christi and Big Charles and Luca, Richard (an SVS graduate) and brothers and sisters in Christ:

God has blessed many things that the clergy and the laity have worked on together here in America. Look at some of the activities which God has allowed me, unworthy though I am, to participate in, like IOCC, which has distributed over $500 million of aid in over 50 countries; and FOCUS North America, just six years old, which has distributed over $30 million of aid in that short period of time to people in 50 cities here in the United States. In the Becoming Truly Human program, we now have clergy and laity working together to see whether we can make an impact on changing the culture in the churches to have more spiritual outreach. God has blessed it so far. It’s been in existence a year, and we have over 65 Antiochian churches running it, and we hope and have been given a blessing by Sayidna Joseph that if other jurisdictions would like to participate in it, we would like that very much.

And, with that as context, I asked myself why we haven’t been able, by the hierarchs on the international level, to have this kind of concerted joint action. First of all, I would like to make clear I presently have no official office, so I speak to you only as an individual, but I do so with the experience of having been Chancellor of the Self-ruled Antiochian Archdiocese for approximately two decades. I see three facts that I think we need to address in the Orthodox Church, and I’d like to share those with you tonight….