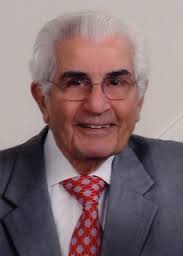 The need for a Pan Orthodox Council to resolve the issues that confront the Church in the modern era and also to further promote Christian unity, has been debated in the Orthodox East for many years. It came, therefore, as no surprise when the Primates of the Church announced in March 2014 that such a Council would convene in Constantinople early in 2016.

The Council will bring together the Primates and Bishops of all fourteen Autocephalous Churches in the Orthodox East. Chairing the proceedings will be Ecumenical Patriarch Bartholomew, and all decisions will be by consensus. Every Church will have one vote, except for the Autonomous Churches, whose participation will be through their “Mother Churches.” Current plans call for holding the Council in the church of Hagia Irene in Constantinople, the site of the 2nd Ecumenical Council.

The enormous importance of the event cannot be overstated. There has not been a comparable Pan Orthodox meeting in over 1,200 years, and though it will not rank as an “Ecumenical Council” because of the absence of Rome, it could turn out to be the most important happening in modern Orthodox history.

To be sure, there are potential problems, and it would be wrong not to take note of them. Fortunately, they are secular and administrative in nature rather than doctrinal, and as such should be easier to resolve. Some of the problems trace their origins to the parochialism that unfortunately afflicts many of the Autocephalous Churches; others are a reflection of current political realities. Through the years, preparatory meetings held on the island of Rhodes, in Switzerland, and in Constantinople, have aired these problemsin sufficient detail to facilitate their consideration by the Council. Still, how the Council will rule on each of them remains to be seen.

Of the problems, one of the hardest to resolve, will be that of the Orthodox Churches in the Diaspora(specifically those in Western Europe, the Americas, and Australasia), because as presently organized, they do not comply with the Canon of the Church that allows the appointment of only one Orthodox Bishop per city. Today, in the cities of the Diaspora there are more than 170 Orthodox Bishops, Russian, Greek, Romanian, etc. Fifty-five of them alone in the United States. It is all the result of immigration that has transplanted millions of Orthodox faithful during the past century from the East to new homes in the West, blurring in the process the jurisdictional lines of the existing Orthodox Churches and at times creating new ones.

Under dispute, also requiring resolution by the Council, will be the issue of the procedure for granting Autocephaly to an Orthodox Church (i.e. the authority to run its own affairs and to elect its bishops and archbishop). This is an especially critical issue because of conditions in the Ukraine, where in effect there are today three competing Orthodox Churches. How this issue will play in the Council is hard to predict. At the present time, there is reluctance on the part of the Church of Russia to grant this authority to the Ecumenical Patriarchate alone, because the Patriarchate refuses to recognize the autocephaly status of the Orthodox Church in America, which was granted earlier by the Patriarchate of Moscow.

The rank order of the fourteen Autocephalous Churches and disputes between Patriarchates, such as currently is the case between Jerusalem and Antioch over the church of Qatar, will similarly be troublesome issues for the Council to consider. Historically, the status of the Ecumenical Patriarch as the “first among equals” in the East has been undisputed. Not so, any longer. A very powerful Church of Russia with its 165 plus million members is challenging the leadership of Constantinople. The pressure has eased somewhat under the leadership of Patriarch Kirill, but there is no assurance that it will continue to be so in the future.

A dozen or so additional secular issues will likewise confront the judgement of the Council. They concern such moral and bioethical issues as surrogate motherhood, rules for marriage and fasting, the adoption of a common calendar, and preservation of the natural environment.

And, of course, the key question on continuing the dialogue with other Christian Churches, especially Catholicism. The issue of Papal primacy looms strong on the latter issue. In any final EastWest reconciliation, will the Pope merely hold the honorary title of the first among equals, or would he have also real authority over the Churches in the East? Until thisissue isresolved it will be difficult to proceed in earnest with the Orthodox- Catholic dialogue.

What is the outlook for the Pan Orthodox Council of 2016? It will depend on its agenda. Will the important issues of the Diaspora, Autocephaly, and Rank Order of the Patriarchates be addressed? What about the terms for the hoped for reconciliation with Rome? Will bioethical questions be answered for the guidance of the faithful? Decisions will come difficult under the rules adopted, that require agreements to be by consensus, and with every Autocephalous Church in effect holding the power of veto.

Still, the urgency for readying the Church for the 21st Century and preparing it for reconciliation dialogues with Rome and other Christian Churches, is overriding. The problems under consideration may be difficult, but with guidance from the Holy Spirit solutions will be found.

Dennis Menos is the author of The Justinian Diaries, a historical novel that focuses on Hagia Sophia in Constantinople. He can be reached at [email protected].