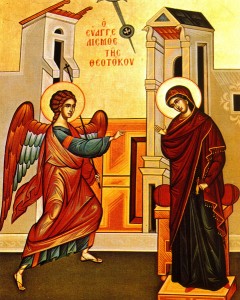 Farrell is a small town in western Pennsylvania which once thrived as a steel town and supported five very active Orthodox parishes.  Today, the steel mills are gone and the parishes are struggling.  This is a story of how they have made a beginning to work together so as to survive.

It all started during a general assembly meeting of Annunciation (Evangelismos) Greek Orthodox Church. Our membership is now down to 28 families, and we needed some help from other parishes to pull off another festival. It was suggested at the meeting to ask the assistance of other Orthodox churches, since they would provide more manpower, a wonderful site in Hermitage, and financial support.

Two meetings were scheduled with Romanian, Ukrainian, Serbian, Greek and Carpathian Russian parishes. During the first meeting, we discussed the idea of a festival together, what it might cost to pull off, and potential profit. It was determined that each church would take this information back to their respective parish and discuss the festival possibility with their parish boards/councils.

At the second meeting, all parishes agreed to participate except for Carpathian Russians. They had just completed construction of a new church and really “had too much on their plate” at this time. They indicated the desire to be a part of this the following year if there would be a second such festival. Keep in mind, this was in July, and we were looking for a possible date in September, so we were pressed for time.

At our subsequent meetings, the following topics were addressed and implemented: 1. A two-day festival date was scheduled.  2. Several committees with members from each parish were established and reports from each were required at future meetings.  3. After selecting a chairperson and treasurer, we listed common expenses, such as advertising, menus, beverages etc. and shared the cost. Of course, all of the parishes would share the profits.

The festival was held on September 28-29, 2013. The weather was perfect, and all the parishes sold out of EVERYTHING by Sunday afternoon. The Lord was watching over us. It turned out to be a huge success.

We had a follow up meeting two weeks after the festival, and all would like to have another festival next year. The dates have been set for September 20-21, 2014. WE EXPECT YOU TO BE HERE!!

It was mentioned that our coming together like this shows what can be accomplished working as one team to benefit all our parishes. We are all excited to meet again, not only because of the financial gain, but because of friendships that have developed working with our fellow Orthodox Christians.