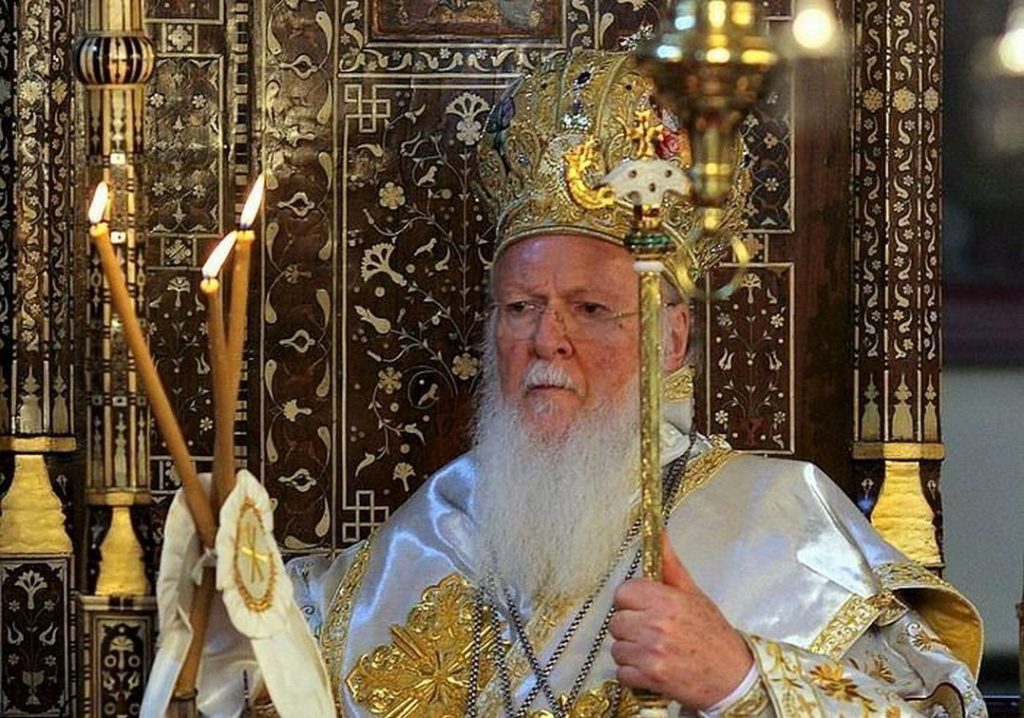 Istanbul, May 31, 2019 – The Patriarchate of Constantinople restored canonicity to the entire Ukrainian nation, although the “presence of the Moscow Patriarchate” threatens the unity of the Ukrainian nation, Patriarch Bartholomew boldly declared in a recent interview with the Bulgarian outlet BGNES, even as the so-called “Orthodox Church of Ukraine” (OCU), created by him along with President Poroshenko, battles to maintain unity simply within itself.

Pat. Bartholomew’s brother primates, the Holy Synods of the Local Churches, and a number of hierarchs from throughout the Orthodox world have repeatedly called on him to convene a pan-Orthodox council to deal with the crisis created by Constantinople’s invasion into Ukrainian Church territory, but he has stood his groundexplicitly refused to do so.

While the Patriarchate of Constantinople prides itself on being the guarantor of Church unity, the actual labor has fallen to His Beatitude Archbishop Chrysostomos of Cyprus, who has taken it upon himself to call visit the primatesall of the Local Churches to try to build a consensus on how the Church should move forward. Despite the effort being put forth by his brother primates to resolve a crisis created by his own Synod, Patriarch Bartholomew is standing his ground.

Constantinople demanded that the “Kiev Patriarchate” (KP) and the “Ukrainian Autocephalous Orthodox Church” (UAOC) be dissolved before their hierarchs could participate in the “unification council” on December 15. Following the council, it was proclaimed that three branches of Ukrainian Orthodoxy had united. However, in recent weeks we have learned that neither the KP nor the UAOC were dissolvedthree branches became four, not one. Further, Philaret Denisenko, the primate of the KP, has launched an attack on Epiphany Dumenko, the primate of the OCU, and openly declares that the KP continues and that he will always be patriarch.

Nevertheless, Patriarch Bartholomew stands his ground, seemingly as sure as ever about his decision to interfere in Ukraine.

“We consider it a great blessing from God that the Ecumenical Patriarchate was able to restore the canonicity of an entire nation of many millions of people who were outside the Church for no dogmatic reason. Thank God. Therefore, the decisive factor that forced the Ecumenical Patriarchate to give autocephaly to Ukraine was the healing of the schism and the restoration of Church unity,” Pat. Bartholomew says in his interview with the Bulgarian outlet.

The claim of restoring Church unity is manifestly untrue, given that the canonical Church did not take part in the schismatic and non-canonical “unification council,” and thus unity was obviously not achieved. Moreover, as aforementioned, it is now clear that the “council” only created a third schismatic group, rather than uniting anyone.

Philaret Denisenko, the “Patriarch” of the KP, considered the “Honorary Patriarch” of the OCU, is openly rebelling against the primate of the OCU, Epiphany Dumenko, and was the sole OCU Synod member proclaiming that the tomos of autocephaly and statutes did not grant freedom to the OCU, but rather subjugation to Constantinople—a point on which he is entirely correct.

Philaret openly advocates that the statutes be changed to grant true freedom, while Dumenko worries that Constantinople will retaliate by rescinding the tomos of autocephaly.

Philaret recently suspended Alexander Trofimlyuk, the rector of the Holy Protection Church in Kiev and Dumenko’s successor as rector of the Kiev Theological Academy, was suspended for being loyal to the OCU rather than Philaret’s KP. Patriarch Philaret was acting within his realm of authority, given that the OCU Synod of Bishops entrusted the Kiev Diocese to him.

Trofimlyuk declared that the suspension was ordered on behalf of the KP, not the OCU, and thus he would ignore it. Then, despite the OCU’s entrusting of the Kiev Diocese to Philaret, Dumenko decided to unilaterally overturn Trofimlyuk’s suspension and to take his parish, Holy Protection, under his stavropegial control, as the Union of Orthodox Journalists reports.

Dumenko offered a convoluted justification, noting that the Kiev Diocese of the OCU has actually never been re-registered to the OCU, but still belongs to the KP as far as the state is concerned, and thus Philaret’s orders are invalid; but if the diocese still belongs to the KP, that should only reinforce Philaret’s authority over it, as he is the undisputed primate of the KP. Nevertheless, Dumenko declared that any KP documents issued after January 30 are invalid.

Philaret responded with a letter published on the official KP website, accusing Dumenko of violating Church canons and emphasizing that he, Philaret, is the ruling hierarch of the Kiev Diocese: “If you received [the church]without the consent of the ruling hierarch, that means that you violated the canonical order of the transfer of clergy from one diocese to another. I think that you, as the primate, should uphold, and I think that in reality you do support the canonical order and the hierarchical oath given at your episcopal consecration—’not to receive into your diocese without a letter of release.’”

The “Honorary Patriarch” stressed that Dumenko thereby sets a bad example for the other hierarchs of the OCU and guides the OCU not towards unity but “to the destruction of what led to the reception of the tomos of autocephaly and your own election to the post of primate.”

And Philaret is not alone in taking aim at Dumenko. OCU “hierarch” Metropolitan Joasaph Shibaev has commented that Dumenko had no right to take the parish from Philaret and criticized him for neglecting the norms of canon law.

“The ruling hierarch of the diocese of the capital, His Holiness Patriarch Philaret, suspended Archpriest A. Trofimlyuk by his ukaz. All orders of the ruling hierarch are binding, canonical, and legal for his clergy,” Shibaev writes. Moreover, he calls Dumenko’s argument that Philaret’s orders are invalid because the Kiev Diocese has yet to be re-registered are “canonically illiterate.” Only an ecclesiastical court can cancel Philaret’s orders, he writes.

He goes on to accuse Dumenko of disregard for and violation of Church canons and his episcopal oath, as had Philaret.

Meanwhile, a group of Dumenko-OCU loyalists, including former KP speaker Evstraty Zorya and Simeon Shostatsky, an apostate from the canonical Church, are actively attempting to oust Philaret altogether.

The hierarchs of the OCU themselves declare that they are on a path of disunity, while Patriarch Bartholomew continues to be seemingly oblivious to this reality, with only the most fervent Constantinople supporters believing his declarations of unity and canonicity.