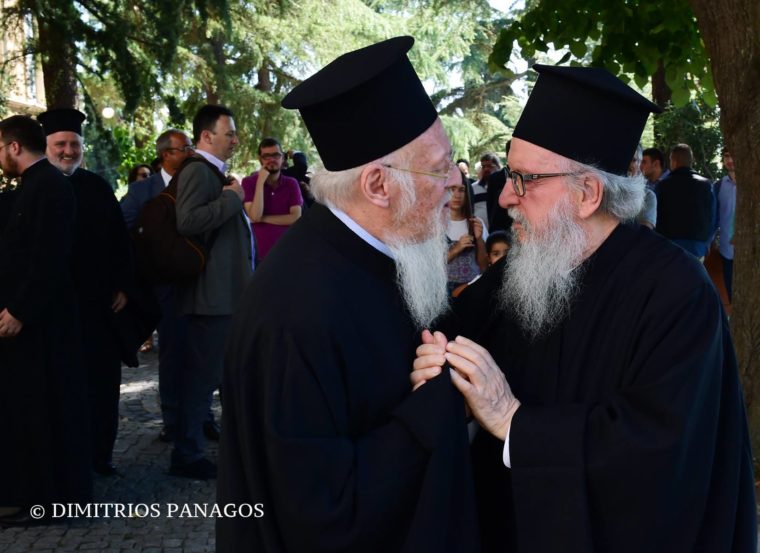 Istanbul, February 19, 2019 — Changes are coming to the American, Australian, and British Churches under the Ecumenical Patriarchate, according to Patriarch Bartholomew’s own words following a recent Divine Liturgy in Istanbul.

In a video posted on the Patriarchate’s Facebook page, Pat. Bartholomew speaks about holding elections to replace the primates of the Greek Orthodox Archdioceses in the English-speaking world, reports the National Herald.

There have long been reports that Pat. Bartholomew has been trying to oust Archbishop Demetrios of America, though this is the first time the plans have been publicly addressed. It is unclear who will replace the Archbishop.

In November, the National Herald reported, with reference to its own sources, that Pat. Bartholomew had requested Abp. Demetrios’ resignation for the third time, not wanting to replace him without an official resignation. The Patriarch accepted the Archbishop’s request to delay his removal until after Pascha.

On February 7, the National Herald again reported on the imminent removal of Abp. Demetrios, as well as the possibility of breaking up the Archdioceses of Australia and of Thyateira and Great Britain into various Archdioceses respectively.

In his recent words following the Liturgy, Pat. Bartholomew said that the Patriarchate will be holding elections for new primates in the three mentioned Archdioceses, stating that the elections are part of the sacred responsibilities of the Mother Church.

He also spoke of the recent granting of autocephaly to the new Ukrainian church, stating that the Patriarchate does not get involved in politics.

The National Herald reports that the Archdiocese of America has been plagued by numerous financial scandals under Abp. Demetrios, which have reportedly frustrated the Patriarch.

Meanwhile, Archbishop Stylianos of Australia is 83 years old and suffering from a serious illness that hinders his ability to fulfill his duties. Archbishop Gregorios in the United Kingdom is 90 years old, and there are said to be many problems in his Archdiocese, which Pat. Bartholomew recently went to see first-hand, incognito.