[ditty_news_ticker id="27897"] Patriarch of Moscow: Gifted icon of the Theotokos to the army to win the war against Ukraine - Orthodox Christian Laity

The use of Church symbols in the Russian struggle to conquer Ukraine continues. 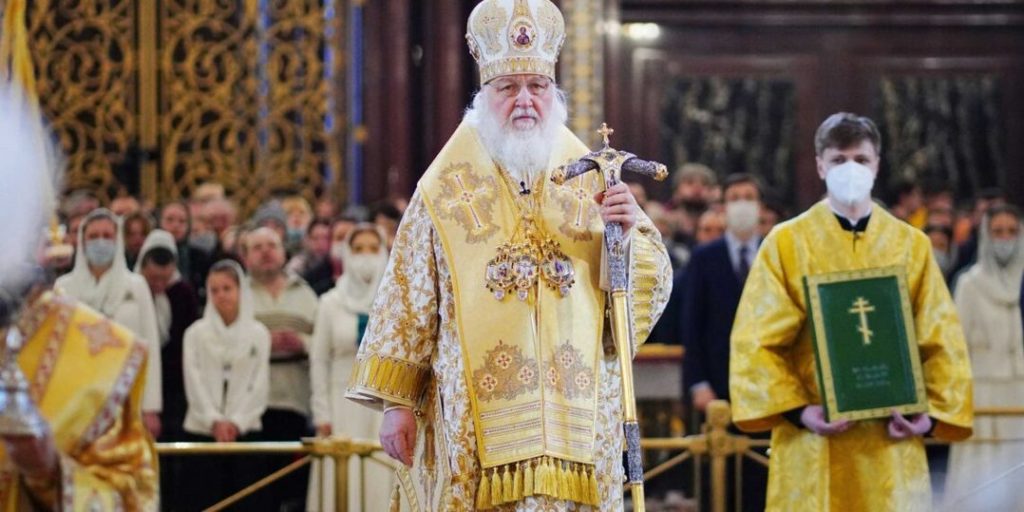 This time, Patriarch Kirill of Moscow and Russian National Guard leader Viktor Zolotov pinned their hopes on a “quick” victory over the Ukrainians in an image of the Virgin Mary, which the Patriarch presented to Zolotov during the service.

“We believe this image will protect the Russian army and bring our victory faster,” the top military official told Patriarch Kirill at the Church of the Savior in Moscow. As he noted, “things are not going as fast as we would like”.

The commander justified the “delay” because, as he noted in the Patriarch, “the Nazis (meaning the Ukrainians) are hiding behind civilians, the elderly, and children.”

As the Archbishop of Cyprus Chrysostomos recently stressed, “the Russians first make their cross and then they kill.” Continuing to invoke faith in God for an ultimate goal, supposedly “blessed” by the Church.

In his sermon after the Divine Liturgy, the Patriarch of Moscow was against the Ukrainians who characterize the Moscow Patriarchate as a “church of the conquerors”, which he considers blasphemous and insulting.

Referring to the number of Dioceses of the Russian Church in Ukraine that decided not to commemorate Patriarch Kirill, he stressed that “this is done out of fear.”

“We must remember that we all belong to the One Holy Catholic and Apostolic Church, the same Church that is found in both Moscow and Kyiv,” he said, refusing to accept the Ukrainian Church’s self-righteousness and its release from the Moscow Patriarchate.

He again spoke of external pressures and “forces foreign to the Church that want to destroy the spiritual unity of our peoples. When someone out of fear refuses to commemorate the Patriarch, then this is a sign of weakness. “It does not offend me”, he stated characteristically.

Finally, referring to the war, he spoke of “political processes, which we hope will soon end”, and prays for the Church of Metropolitan Onoufriy.

He reiterated his prayer for God to protect all those on Russian soil, “which now includes Russia, Ukraine, and Belarus.”