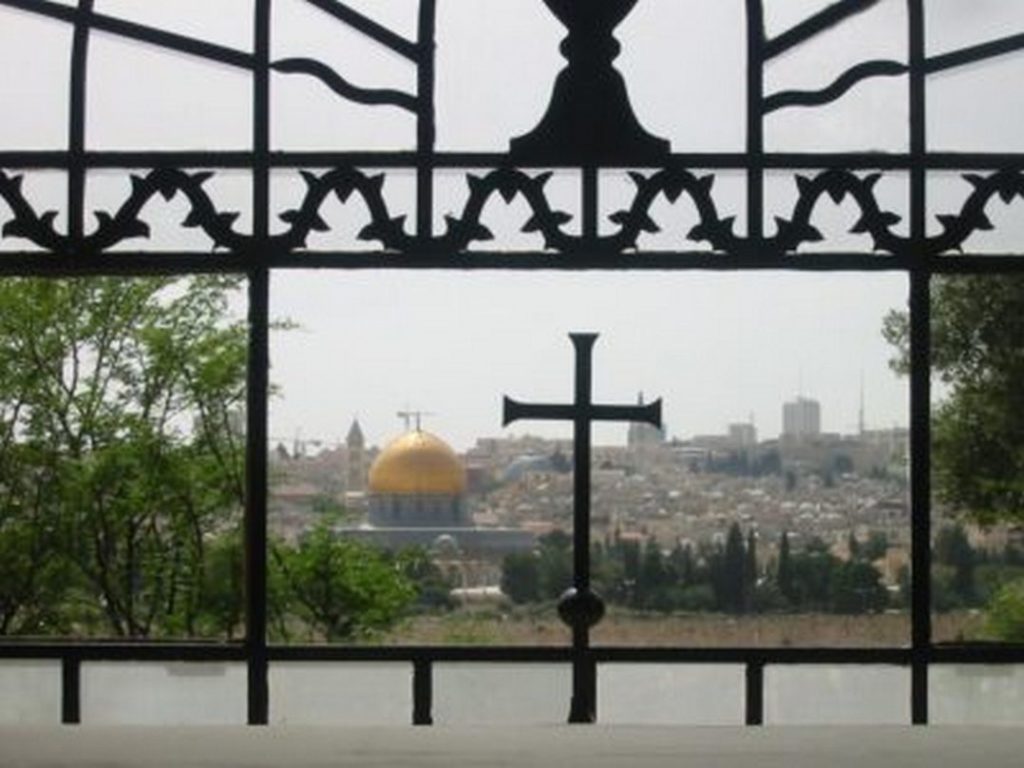 (WCC) — The Patriarchs and Heads of Churches in Jerusalem have released a “Statement on the Current Threat to the Christian Presence in the Holy Land,” reiterating the concern that, throughout the Holy Land, Christians have become the target of fringe and radical groups. 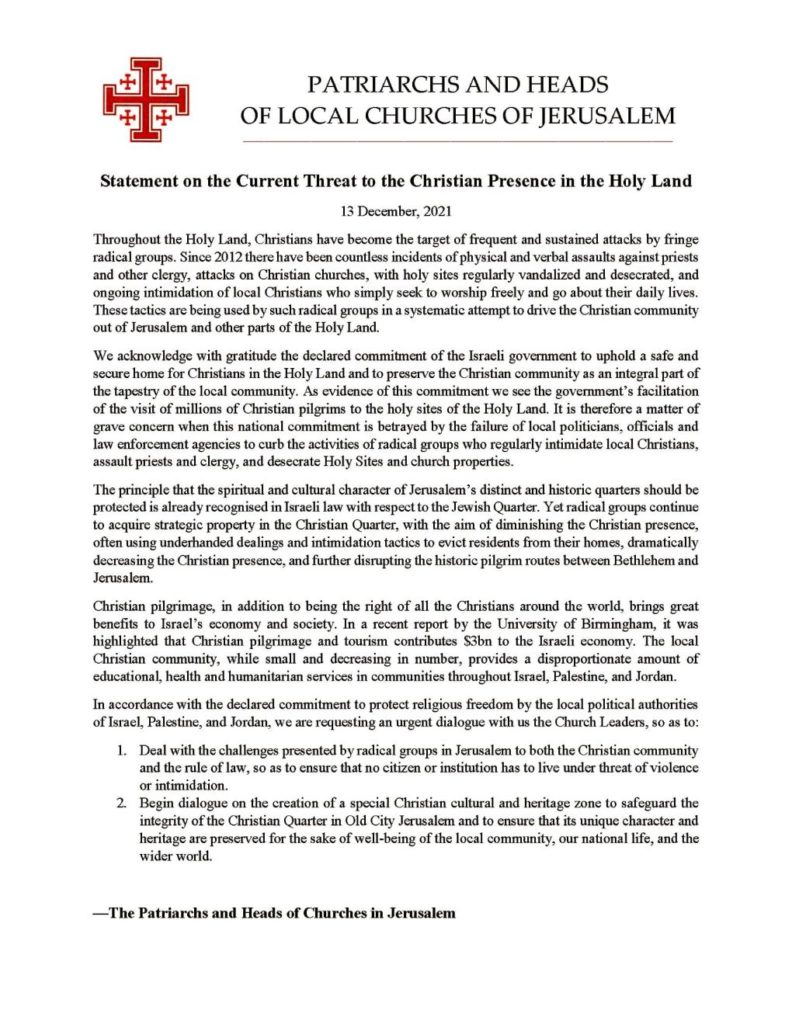 The statement acknowledges with gratitude the declared commitment of the Israeli government to uphold a safe and secure home for Christians in the Holy Land. “It is therefore a matter of grave concern when this national commitment is betrayed by the failure of local politicians, officials and law enforcement agencies to curb the activities of radical groups who regularly intimidate local Christians, assault priests and clergy, and desecrate Holy Sites and churches properties.”“Since 2012 there have been countless incidents of physical and verbal assaults against priests and other clergy, attacks on Christian churches, with holy sites regularly vandalized and desecrated, and ongoing intimidation of local Christians who simply seek to worship freely and go about their daily lives,” the statement reads. “These tactics are being used by such radical groups in a systematic attempt to drive the Christian community out of Jerusalem and other parts of the Holy Land.”

Expressing solidarity with the Patriarchs and Heads of Churches in Jerusalem, World Council of Churches (WCC) acting general secretary Rev. Dr Ioan Sauca affirmed and supported the churches and Christian communities of the Holy Land in their unbroken continuing ministry and witness in the land of Christ’s birth.

“The statement issued by the Patriarchs and Heads of Churches in Jerusalem highlights the increasing threat to the Christian presence in the Holy Land posed by attacks and incursions by radical groups who seek to destroy the religious and cultural diversity of the region,” said Sauca. “Recognizing the gravity of the threat accelerating the already tragically steep decline in the Christian presence, the WCC strongly supports the church leaders’ call for an urgent dialogue with the political authorities of Israel, Palestine and Jordan with a view to addressing the challenges posed by radical groups and to protecting and supporting the Christian community.”

Sauca added: “The Christians of the Holy Land must be respected and valued as part of both the heritage and future of the region, and assured the same rights as others and protections appropriate to a threatened minority, for which the political authorities of the region are both legally and morally responsible.”